8 of the most Romantic Gestures in Watch History

Valentine’s Day is fast approaching, a time for making memorable romantic gestures. You’ve done the red roses, overpriced Michelin-star meal out, even something sparkly, so why not opt for a gift that really represents the longevity of your love, that truly stands the test of time (while simultaneously capturing it), and give that special person in your life a watch? Throughout history, famous people, from royalty to presidents, pop stars to Hollywood heavyweights, have pledged their enduring devotion with a timepiece. Here are some of our favourites…

To French Queen Marie Antoinette from a secret admirer 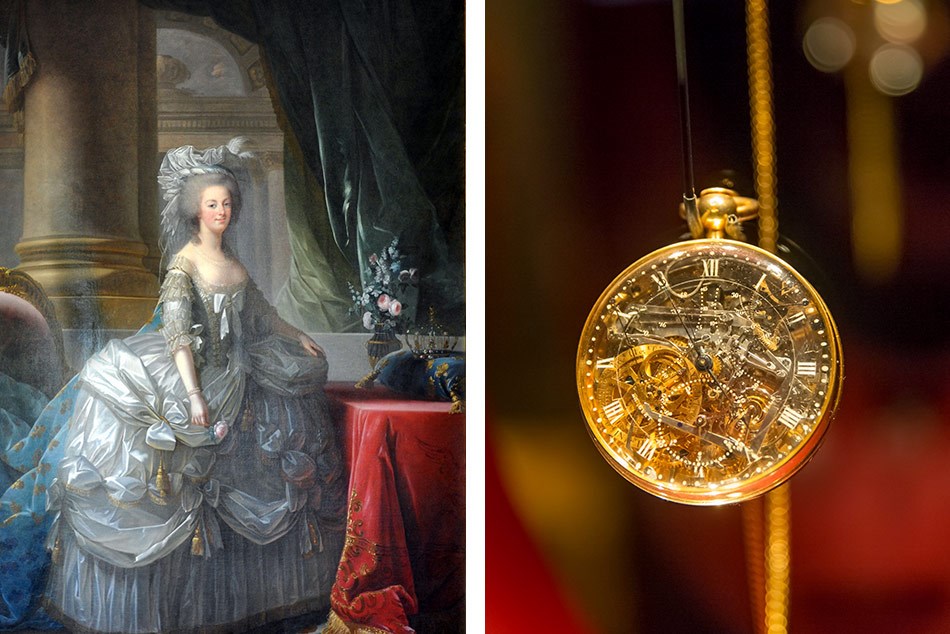 In 1783, celebrated watchmaker Abraham-Louis Breguet was commissioned to create a timepiece for Marie Antoinette by an anonymous admirer, thought to be the Swedish Count Alexel von Fersen (her rumoured lover). Crafted in sapphire and 18-carat gold, featuring 23 complications and 823 separate parts, this watch was to be the ultimate expression of his affection. Indeed, the commission stated that it should be ‘the most spectacular watch possible’, regardless of cost. However, due to its complexity, the watch took 45 years to complete and Marie Antoinette never saw the finished article, having lost her head in the French Revolution in 1793.

To Prince Albert from Queen Victoria 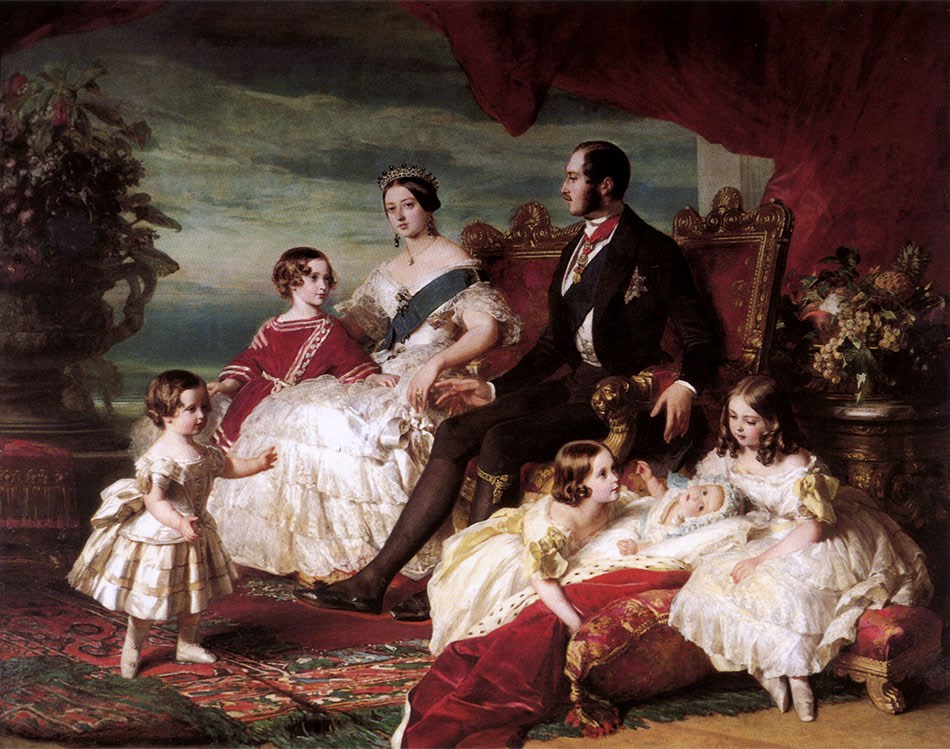 For his birthday on 26 August 1859, Queen Victoria presented Prince Albert with a pocket watch she had commissioned from the firm of Aubert & Klaftenberger, a favoured supplier of watches and clocks by both the Queen and her consort. Knowing her husband’s preference for technical precision over ostentatious embellishments, Victoria chose a practical timepiece featuring high-quality Swiss movement, quarter repeating mechanism and keyless winding, with a simple engine-turned 18-carat gold case. But it was not without a touch of romanticism, as she had it engraved with the words: ‘To Dearest Albert, from his ever devoted Victoria R, Aug 26th 1859’. 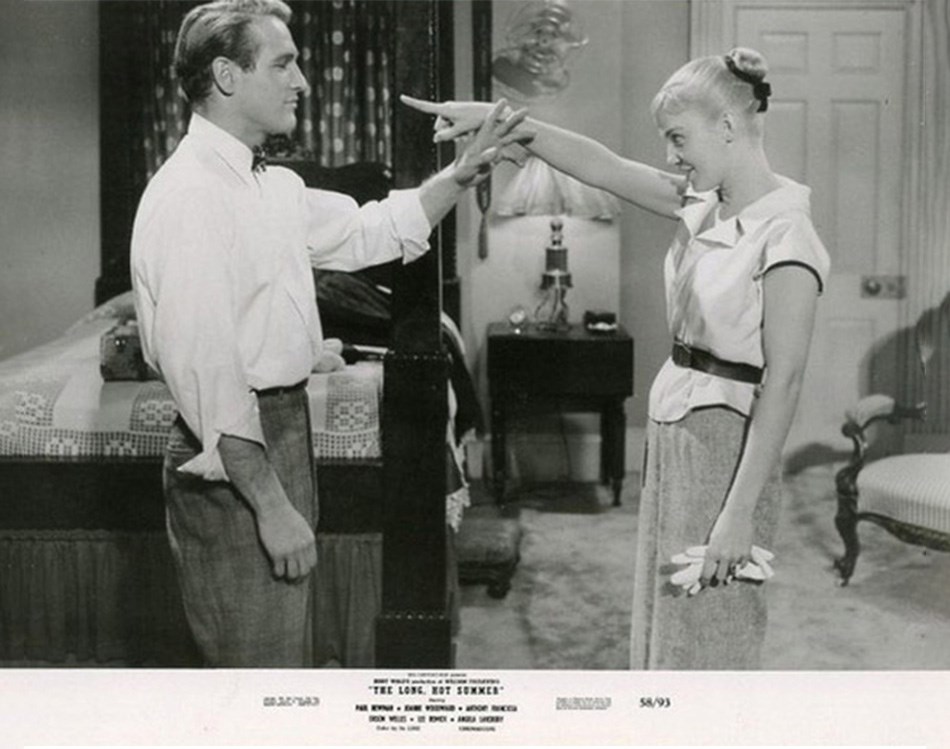 Not only was Paul Newman the most bankable movie star of his time, but his marriage to Joanne Woodward was also one of Hollywood’s most enduring, lasting 50 years until his death in 2008. Theirs truly was the ultimate love story and so when Woodward gave him a Rolex Daytona reference 6239 (to become known as the ‘Paul Newman Daytona’) in 1968, the watch would go on to become an icon of the horological world. Featuring a white exotic dial, pump pushers and a steel bezel, the watch was inscribed with the words: ‘Drive Carefully Me’. So alluring was the timepiece and its association with the couple’s mutual devotion that it fetched a record $17.7 million when it was auctioned in 2017, making it the most expensive watch ever sold.

To US President John F Kennedy from actress Marilyn Monroe 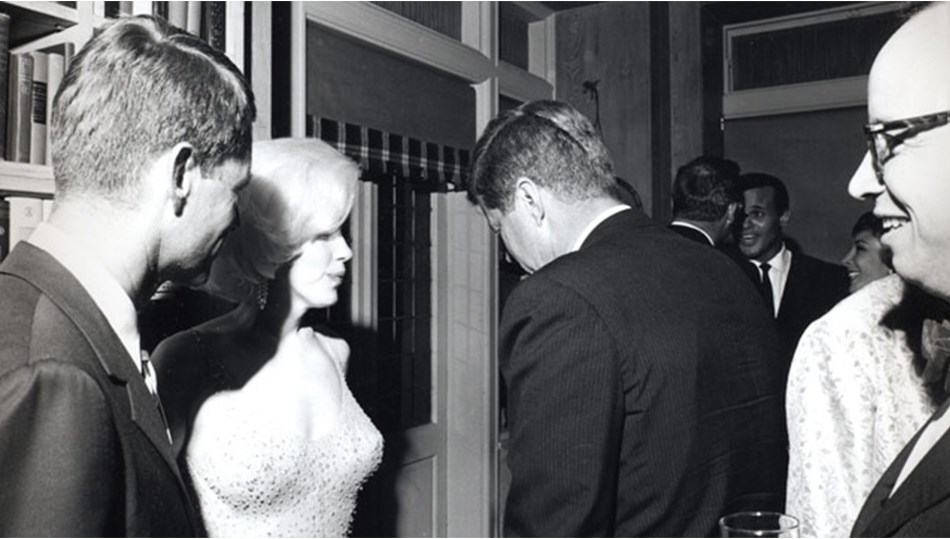 Less soul mates, more a fleeting affair, the alleged relationship between JFK and Marilyn Monroe was nothing if not notorious. Monroe’s breathy rendition of ‘Happy Birthday, Mr President’, while wearing ‘that’ dress, became an iconic moment in history, but what’s less well known is the gold Rolex Day-Date, with the inscription ‘JACK With love as always from MARILYN May 29th 1962’ that the Hollywood star gifted to the President that same evening. The legend goes that Kennedy told his aide to ‘get rid’ of it and never wore the watch. However, when it reappeared 43 years later accompanied by a poem Marilyn had written, it sold for $120,000 at auction.

Perhaps a more welcome love token, and one he proudly wore, was the Cartier Tank timepiece that Kennedy’s wife, Jacqueline, gave him for their fourth wedding anniversary in 1957.

To Richard Burton from his wife, Elizabeth Taylor 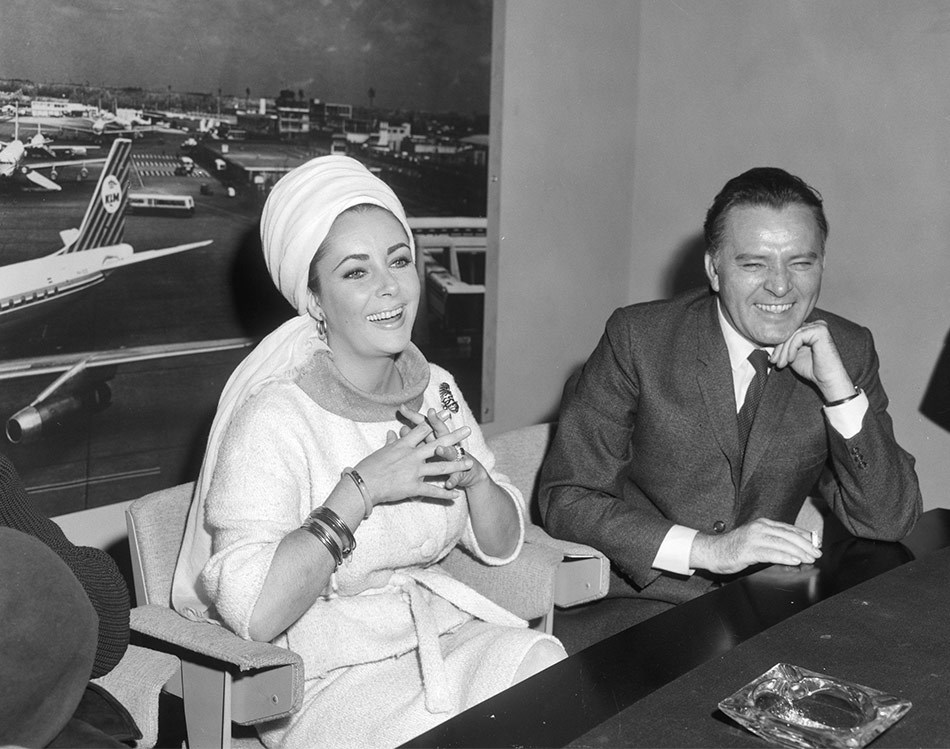 Liz Taylor and Richard Burton during the press conference at Schiphol for the film “The Spy who came from the Cold” Photo by Joop van Bilsen, via Wikimedia Commons.

When it comes to Hollywood romances, few have been as passionate, though ultimately doomed, as that of the twice married and divorced Richard Burton and Elizabeth Taylor. In happier times, Burton was famous for lavishing Taylor with expensive jewellery and she was equally generous with her gifts to him. In 1970, while staying at their home in Gstaad, she presented him with an Omega Constellation watch, featuring a square face and 18-carat yellow gold case and bracelet. Thought to be in recognition of Burton’s CBE, awarded by Queen Elizabeth that year, the watch sold for more than $12,000 when it went to auction in 2015.

To the Duchess of Cambridge from her husband, Prince William 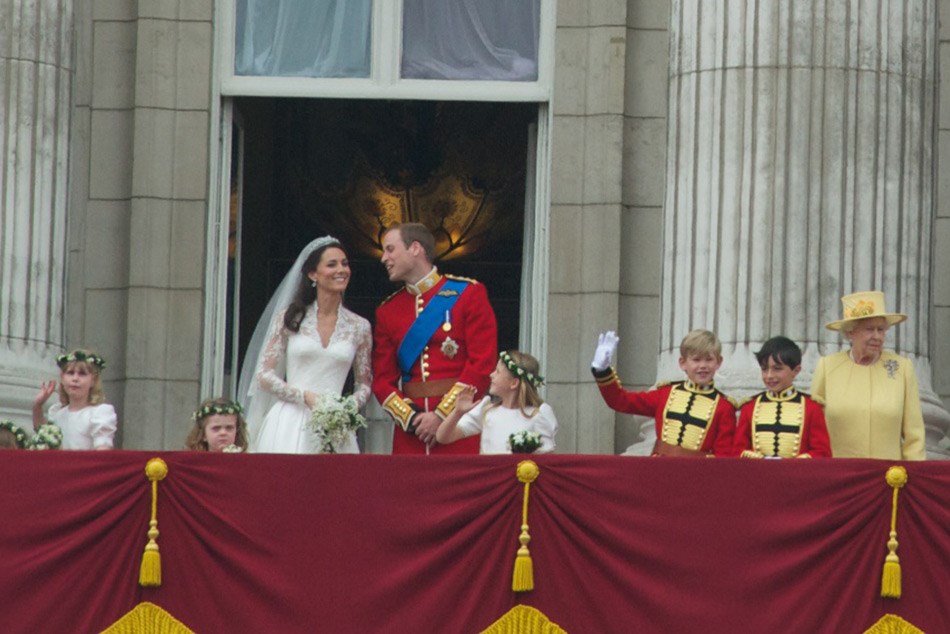 On the occasion of the royal couple’s third wedding anniversary in 2014, William gave Catherine a stunning Ballon Bleu de Cartier watch with stainless steel bracelet. With its characteristic blued-steel hands and a blue spinel set into the crown, William chose a watch that would match both her sapphire engagement ring and earrings, previously owned by his mother, Diana, Princess of Wales.

Indeed, the connection with the Prince’s late mother goes further, as she frequently wore a gold Cartier watch given to her by her father and had one engraved for William for his birthday when he was boy, so this gift came with as much sentimental as intrinsic value.

To rapper Jay-Z from his wife, Beyoncé 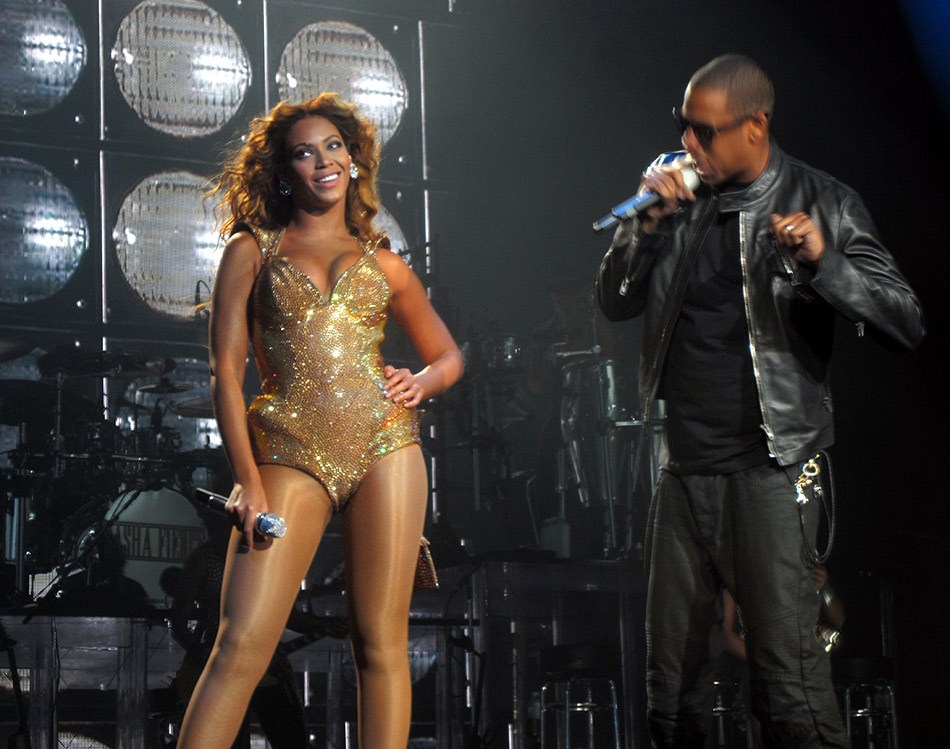 Beyoncé performing at The O2 in London with Jay-Z. Photo by idrewuk via Wikimedia Commons.

What do you give the man who has everything (private jet, Florida island)? Well, when you’re one half of a music biz power couple, the choice is simple: the most expensive watch ever produced. For Jay-Z’s 43rd birthday in 2018, his pop diva wife, Beyoncé, splashed out a staggering $5 million on a Hublot Big Bang watch, encrusted with 1,282 diamonds, including more than 100 carats in baguettes alone, and all of grade A VVS clarity. The watch took 14 months to construct by no fewer than 12 cutters and five setters. As declarations of love go, this one has a bling factor that’s hard to beat. 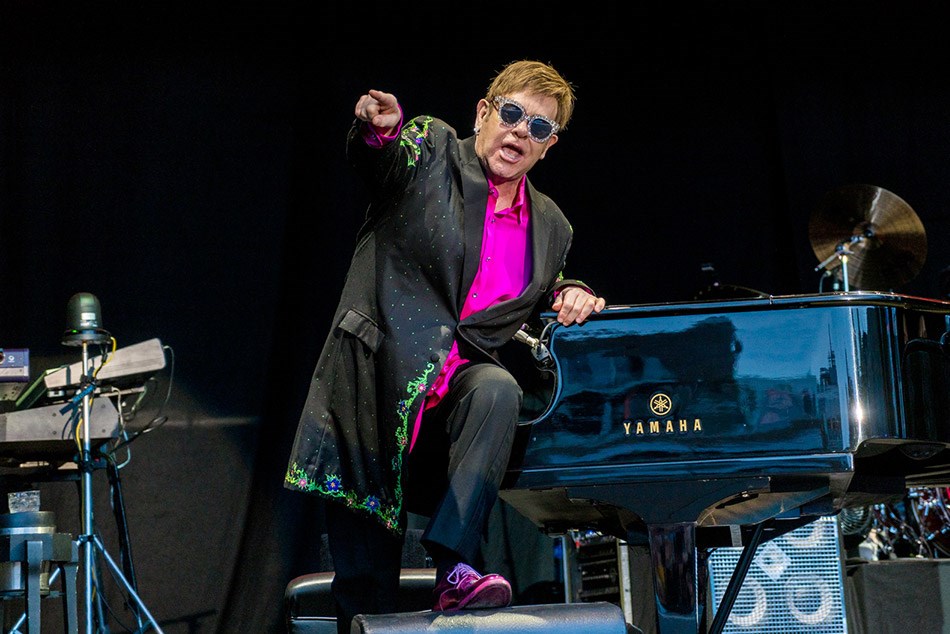 While holidaying in Portofino on the Italian Riviera in 2018, music mogul Elton John popped into high-end jewellery boutique Gioielleria Cusi to purchase an $80,000 Rolex GMT-Master II for husband David Furnish. Featuring a rotatable 24-hour graduated bezel and a separate 24-hour hand, it allows the wearer to read two different time zones simultaneously, and up to three by turning the rotatable bezel  ̶  which will no doubt come in handy as the family spend the next two years travelling the world on Elton’s ‘Farewell Yellow Brick Road’ final tour.

So, if you’ve been inspired by some of these great love stories, why not follow their lead and find that perfect timepiece to express your love this Valentine’s Day? Its monetary value might not reach the dizzying heights of these watches with their celebrity associations, but you’ll be investing in something far more meaningful: your time together.