Rectangular Watches: The ‘sleepers’ of the Luxury Watch Market

It’s well known that luxury watches hold their value well, but what separates a timepiece that soars in price in the preowned luxury market, from one that does not?

Oftentimes, the answer to this question is taste. Watches come in an array of shapes and sizes: cushion-shaped, tonneau-barrels, circles, ‘cushions’, ovals, rectangles and even triangles. And like so many other things in life, fashion evolves and tastes change. As a consequence, we’ve noticed a particular decline in the past 20 years in the popularity of angular, square-faced and rectangular models. This means that they are incredibly undervalued in the preowned market. It doesn’t matter which brand we’re talking about either – from Rolex to Patek, these timepieces demand a fraction of the price of their circular counterparts. But if tastes, like fashions come and go, they should – in our eyes – be overdue a comeback. 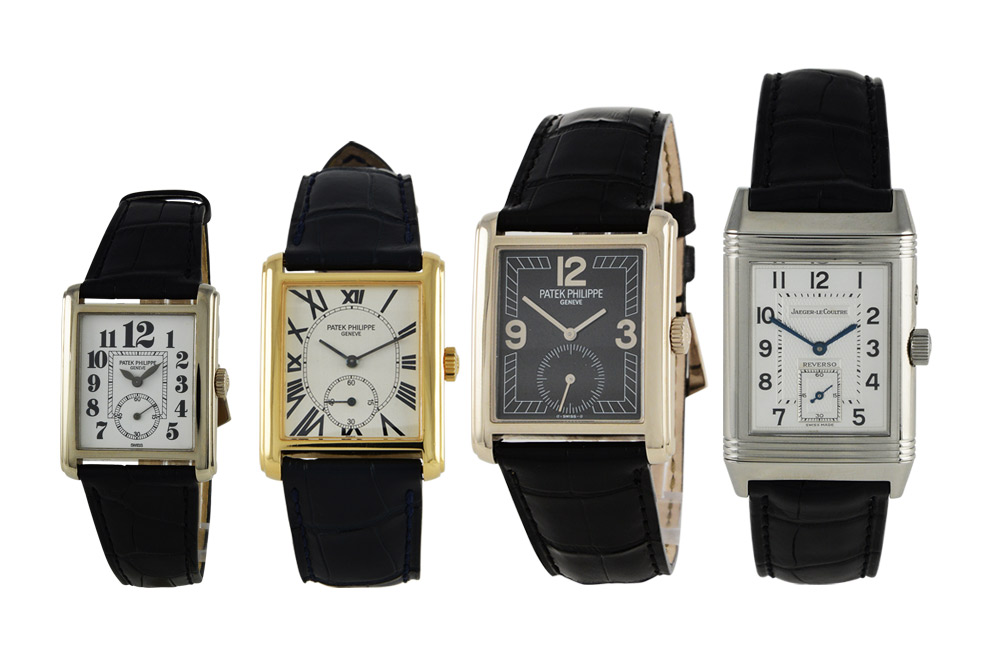 To understand why, it is worth remembering that back in the early days of design it was simply easier to house mechanical movements in a round case – there’s a reason why the pocket watch is round after all.

Not only do rectangular movements take up more space, but historically the case was more difficult to engineer, so why mess with perfection?

This didn’t stop Louis Cartier, though, when he created the iconic Tank. First designed in 1917, the story goes that Cartier created the watch as a tribute to the armoured vehicles mounted on chains of the First World War. True or not, what Cartier was trying to do – along with the Tank’s earlier cousin, the Santos – was create a useful wristwatch that wasn’t just a pocket watch on a strap. It was an almost instant hit and over the next 50 years Cartier made 6,000 of them.

Both Jackie Kennedy and Diana, Princess of Wales were big fans and it remains very popular with women. The Tank Américaine, for example features an elongated case with a more pronounced curve than the original model. 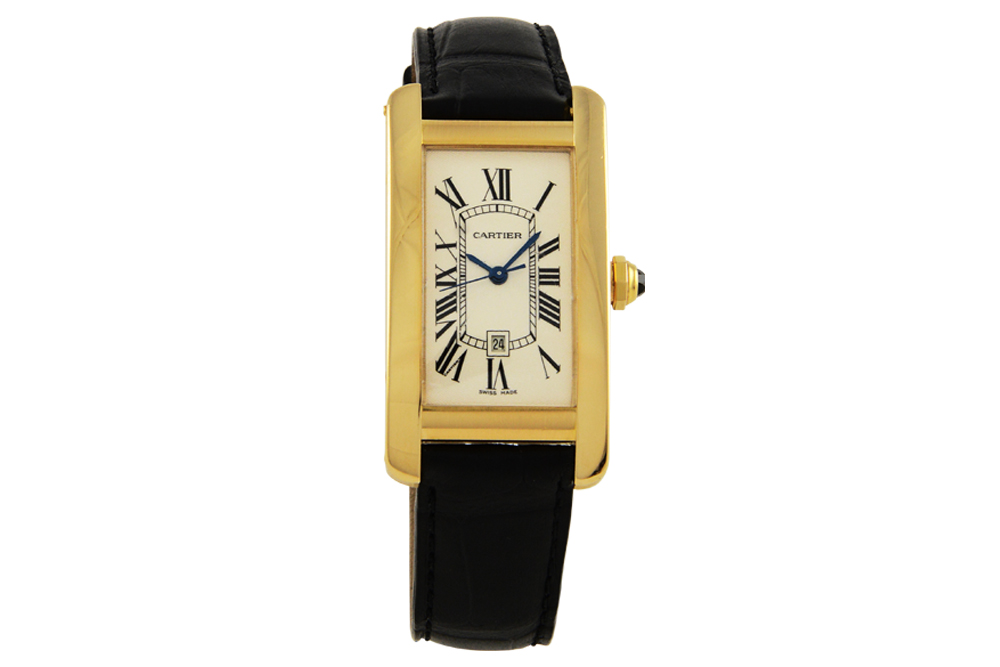 Where Cartier led, others eventually followed, including Patek Philippe. But while the Tank continues to hold its value, Patek’s watches have not, which is a shame because they are beautiful pieces with all the craftmanship you would expect from this horological giant.

For example, the Pagoda is incredible. It takes around 151 separate operations just to carve its case. It’s not a particularly old model – released in 1997 but frankly I remember being stunned by it. I was paying as much as £8,000 over the retail price for platinum Pagodas –although, in truth it didn’t really matter which metal it came in. Yellow, white, rose gold, or platinum, we’d sell them on. Now you can pick a yellow gold Pagoda up at around the £12,000 to £14,000 mark. 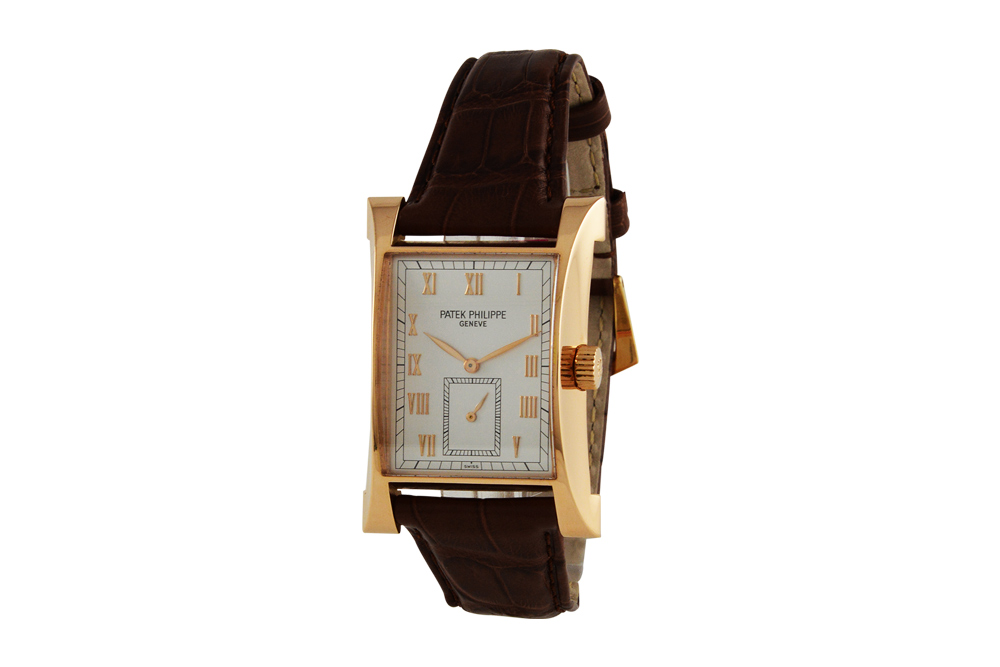 But 20 years on I’d argue that they are completely undervalued, although if my years in this business have taught me anything, it’s that that will change again. The Pagoda is a real sleeper, they haven’t gone with the market but their day will come.

Patek Philippe’s Gondolo collection, first introduced in 1993, is a great example of a series of beautiful rectangular and tonneau-shaped watches and a masterclass in how to execute case design and manufacture. Inspired by the ‘Chronometre Gondolo’ collection from the 1920s, manufactured by Patek Philippe for Brazilian distributors Gondolo & Labouriau, it’s hard to miss the distinct nod to Art-Deco decadence. Sharp lines, minimalist dials, often striking indicators and elegant lugs. 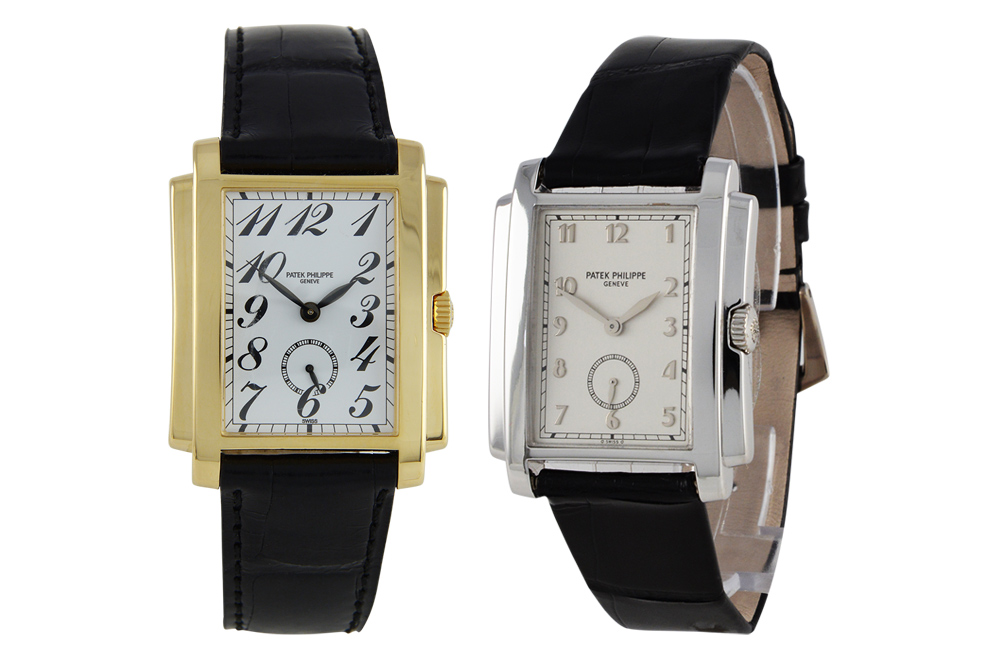 We always try and buy Pagodas and Gondolos, because they’re such great value. There are always bargains to be had in this business, when a watch size or shape is not popular.

In fact, size might be one of the reasons why rectangular watches haven’t quite kept up with their circular cousins. Over the past two decades, the trend for larger watch sizes has exploded. During the 1980s, the average size for a man’s model was 37-39mm. By the mid-noughties that had ballooned to 41-44mm - thanks in part to brands like Panerai whose signature timepiece size is 44mm.

It’s a great example of how tastes change – rectangular or otherwise. I remember wearing a Patek Philippe reference 3448 in 1994 which was 37.5 mm in diameter. I wore it for a year and couldn’t sell it. People kept telling me it was too big but today, it’s an incredibly popular watch that can sell for £125,000 upwards.”

The ‘bigger-the-better’ trend has shown signs of slowing in very recent years, but the love of the circular-faced watch has endured. 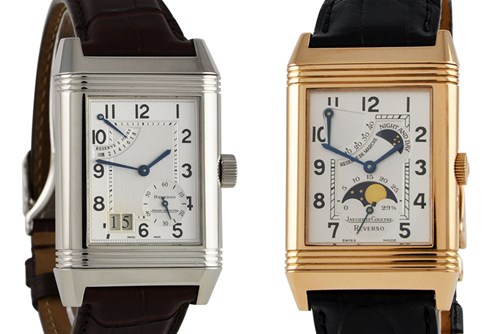 What this means is that rectangular watches haven’t been produced in the same quantities as circular and in this business rarity drives price. The relative scarcity of the rectangular watch could very well make them more appealing to the seasoned collector, or even someone on a modest budget looking to start a collection. The important thing when buying any watch though is to make sure you try it on and get a feel for it on your wrist. It may be an investment but chances are you’re going to want to wear it too and for some, the feel of a rectangular watch just doesn’t suit them, so make sure you’re sure it’s a watch you would be proud to have on your wrist. 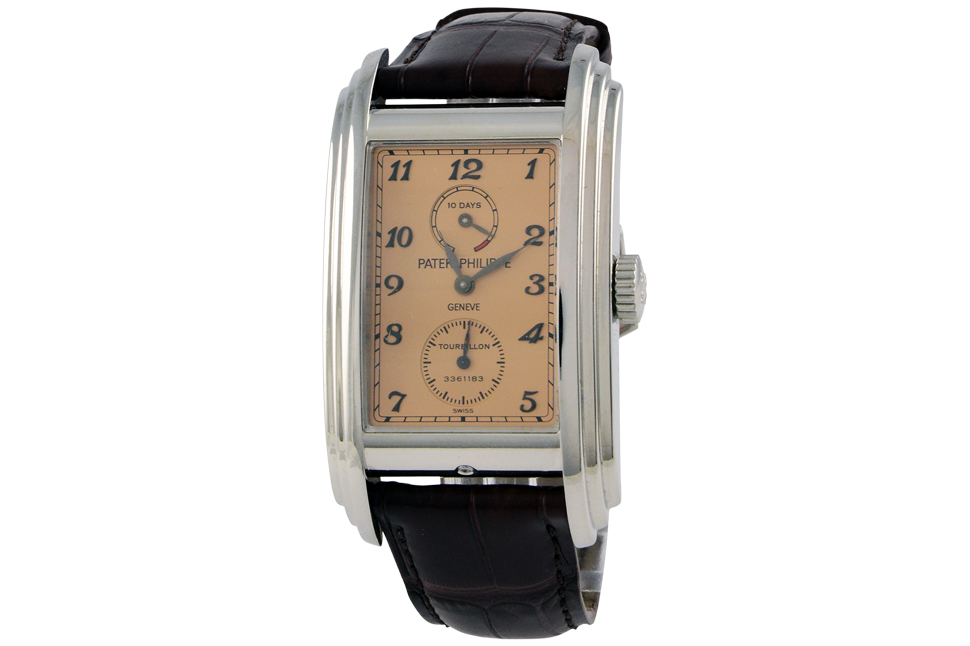 3. Jaeger Le-Coultre Reverso Sun Moon ref. 270.2.63 in rose gold – one of the original classic dress watches, this moonphase version is exquisitely decorated with celestial touches and the movement can be seen on the reverse dial.