The Tradition of Perpetual Invention

Since the nineteenth century, the combined names of Jaeger and LeCoultre have upheld an enviable reputation as pioneers of fine watchmaking – responsible for many of horology’s history-making innovations and complications. Today, Jaeger LeCoultre remains one of the most recognisable and desirable names in luxury watches. So what makes the heritage of Jaeger LeCoultre so special? David Duggan takes a closer look.

As the brand itself suggests: “Somewhere on life’s journey, one perceives that every myth has its origin.” For Jaeger LeCoultre, that origin can be traced back to many years before the maker began to rewrite horology’s history books. It was circa 1559 that Antoine LeCoultre first arrived in Switzerland’s Vallée de Joux, fleeing persecution in his native France, introducing the name LeCoultre to Switzerland’s heartlands and laying the foundations for his descendant, Abraham-Joseph, to found the forge that was later to grow into Jaeger LeCoultre’s manufacturing house.

But it wasn’t until the early eighteenth century that brothers Antoine and Ulysse LeCoultre erected their first building to house the making of fine timepieces. Antoine, already a master watchmaker in his own right, achieved notoriety for his invention of the millionomètre. Able to measure thousandths of a millimetre with absolute accuracy, this was just one of the innovations that heralded Antoine as a founder figure of luxury horology. Others to follow included the crown winding system – widely considered to be the forefather mechanism of the modern wristwatch. Many would argue that it was this breakthrough that spurred the rise of Jaeger LeCoultre as we know it today. From that moment on, recognition and accolades were free flowing and the company continued to expand, cementing the Vallée de Joux’s reputation as the home of fine watch making at that time. 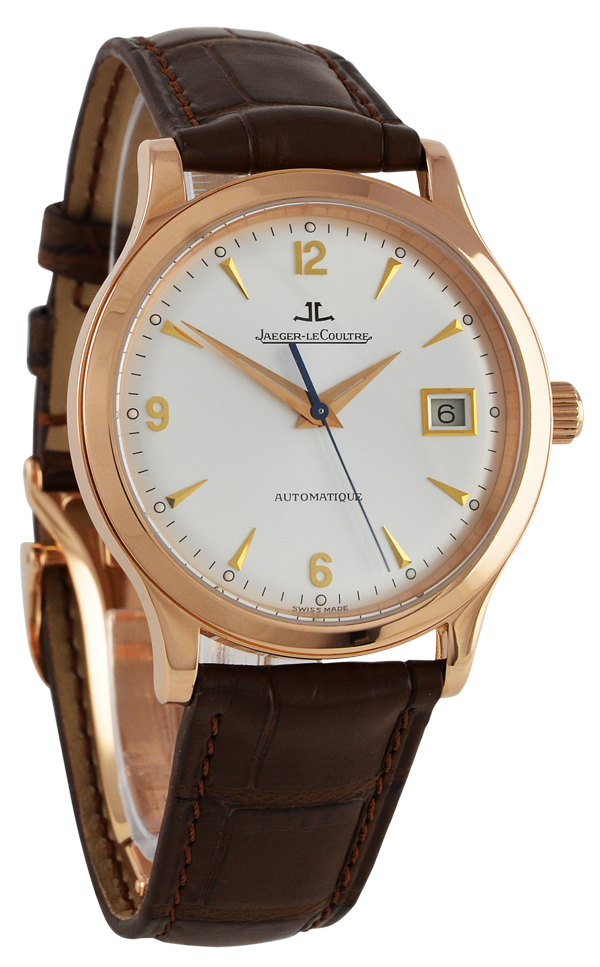 The others side of the story begins in 1830, when the French Navy’s official horologer, Edmund Jaeger, arrived in Paris to found his own company there, dedicated to the pursuit of speed measuring mechanisms delivering accuracy to military standards – chronometers, tachymeters and the like. It seems strange now to think that it would be another twenty-three years before Jacques-David LeCoultre, inspired by rumours of Edward Jaeger’s ambition to develop a new line of ultra slim watches, initiated a friendship between the two men that would result in today’s Jaeger LeCoultre brand.

Since its inception, Jaeger LeCoultre has been synonymous with prolific new inventions – producing more than 1,200 different calibers supported by approximately 400 patents (although, perhaps surprisingly, some of the company’s most notable inventions were never patented, allowing other watch makers to take close inspiration and adapt their own interpretations).

Since that first millionomètre achieved notoriety, accuracy, performance and elegance have underpinned Jaeger LeCoultre’s philosophy in equal measure. After Antoine LeCoultre created an updated version of Patek Philippe’s first keyless watch winding system in 1847, the predecessor company to Jaeger LeCoultre, LeCoultre & Cie, introduced another first by manufacturing calibers with small complications. The first of these came into existence in 1866, eventually precipitating the first production of a double complication caliber featuring a chronograph and minute repeater in a single timepiece.

Fascination and ambition grew in equal measure, leading to the introduction of the Grande Complication in the 1890s – featuring no less than three complications within a single watch. The path was set, the journey well underway, and a jump to the year 2004 sees the modern face of Jaeger LeCoultre as the inventor of ever more sophisticated complications – including the Gyrotourbillon I, the Reverso Grande Complication à Tryptique, and the Hybris Mechanica à Grande Sonnerie, which carries no less than an astounding 26 complications.

Aside from the pivotal role Jaeger Le Coultre and its forefather companies have played in timekeeping innovation, perhaps the most defining characteristic of the brand is a dedication to pursuing uncompromising functionality in slim line form.

Picking up on the early twentieth century fashion for small watches, time and again Jaeger LeCoultre has been noted for its ability to introduce ground breaking complications into the smallest, most delicate designs. Following the success of the notorious Reverso, the Caliber 7BF Duoplan was one of the first watches to fuse reliability, accuracy and miniaturisation, as well as being the first gem-set steel watch with sapphire crystal glass. This, in turn, led to the conception of what is still considered to be the world’s smallest mechanical movement -  the Caliber 101, first featured in Jaeger LeCoultre’s Joaillerie 101 series in the 1930s. 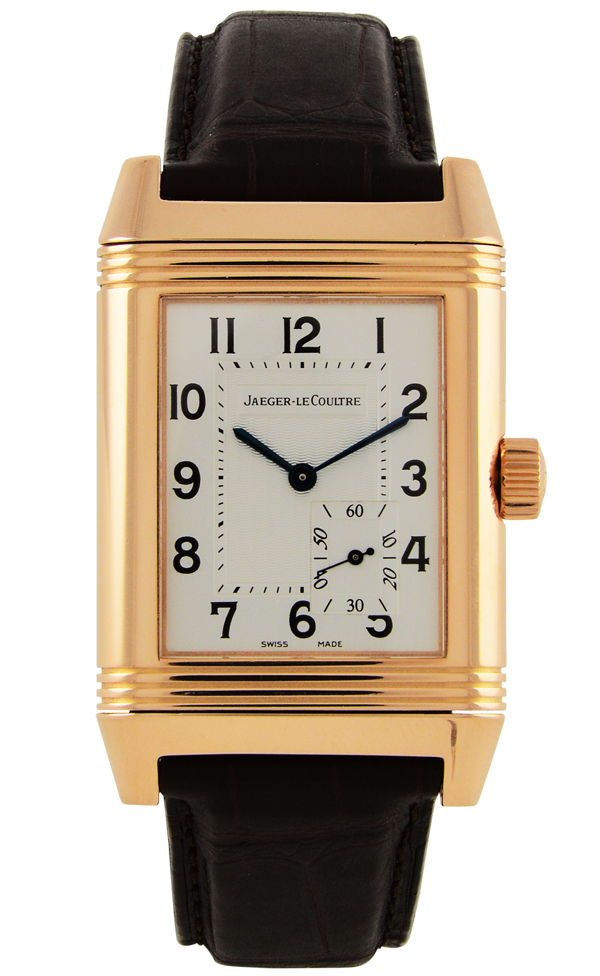 Jaeger LeCoultre’s reputation is, as you would expect, endorsed by a notable celebrity following – not just now but throughout the company’s history. A special model of the aforementioned Joaillerie 101 was worn by none other than Queen Elizabeth II on the event of her coronation in 1953. On the slightly more flippant side of the high profile arena, a Reverso Duo was the on-screen choice of timepiece for actor Pierce Brosnan during his title role in John McTierman’s 1999 remake of the Hollywood classic, The Thomas Crown Affair. More recent Hollywood advocates have included Robert Downey Jnr (who favoured the Amvox 3 whilst promoting the Iron Man series), film maker Terry Gilliam, and actress Diane Kruger.

For myself, there has only ever been one Jaeger LeCoultre Reverso in my personal collection – and a very special model it is, too. Many years ago I was offered this model, and was compelled to take ownership of it due to its historical connection to the 1935 Ryder Cup at Southport – evidenced by its inscription, demonstrating that it was worn by Alf Padgham, who won the British open the following year in 1936 at Hoylake. What struck me about this model – aside from its provenance – was its incredibly fine condition. This watch had taken a beating on the professional golf course, and yet it was (and still is) in perfect working order – a testament to the enduring quality of Jaeger LeCoultre’s craftsmanship.

The year 2016 marks the 85th anniversary of the iconic Reverso, considered by many to be one of the finest examples of versatile design within an elegant silhouette that the world of horology has ever seen. Jaeger LeCoultre is celebrating with the launch of new models in the Classic and Tribute collections – which, as far as we can, see are very much turning heads amongst luxury watch enthusiasts. Plus, the beginning of the year saw the brand launch a commemorative partnership with revered shoe designer Christian Louboutin. Louboutin played an instrumental role in the designs of the new Atelier Reverso line, which allows the client to customise their own Reverso design using an online configurator in Jaeger LeCoultre’s own boutiques as well as the online store.

But, for many, nothing can emulate the vintage luxury, precision and sophistication of a pre-owned Jaeger LeCoultre. Yesterday’s innovations have become today’s classics. We can only wonder what Jaeger LeCoultre has in store for us in the years to come – and anticipate what barriers their next innovations will break.

David Duggan regularly carries pre-owned Jaeger LeCoultre watches of the finest pedigree. You can browse our collection online, or contact David Duggan in the showroom to explore your next sale or purchase.