Enter the holy grail of Rolex dive watches – the Sea Dweller. Hailed as one of the best ‘tool-watches’, this iconic model was first introduced in 1967 and was created to go to depths twice that of its nautical sibling, the Submariner.

The idea for the Sea Dweller came about as many divers found that their watch crystal would break and fall out of their Submariners as they went through the decompression process. So, Rolex decided to fix the problem.

The line began with the reference 1665, sometimes called the Double Red Sea Dweller (due to the two red lines of text in the middle of the dial). The model could go as deep as 2,000 feet (610 metres), quickly making it the watch of choice for the most serious and daring of deep sea divers, rather than casual wear.

The problem of breakage during decompression was solved by adding a valve on the side of every Sea Dweller. This allowed gases to escape, ensuring the watch stayed in one piece. Unlike the Submariner, the Sea Dweller did not feature a cyclops to magnify the date display at three o’ clock since it could not withstand the extra depths.

The 1665 was followed by ‘The Great White’ in 1977 – and was the first not to feature the words ‘Submariner’ on the dial, cementing its legacy as a completely separate line of watches. Along with this model came many different ‘marks’ or versions – from one to seven, each featuring slightly different dial variations, making it one of the most varied models ever created by Rolex.

A year later, Rolex released the reference 16660 ‘Triple Six’ Sea Dweller, capable of withstanding a dive of up to an incredible 4,000 feet (1,220 metres). It was also one of the first Rolexes to feature a sapphire crystal – which gave it the strength to reach such depths. In 1989, Rolex released the reference 1660 which was much the same as the 16660, just with a slight difference in the luminous material used on the display.

For some, 4,000 feet just wasn’t enough, though. So, in 2008, Rolex introduced the ‘Deep Sea’ reference 116660 – capable of going to treacherous depths of 12,800 feet (3,990 metres), again due to a safety helium valve that stops the watch bursting when decompressing. With a width of 44mm and a sapphire glass of 5mm, this is the most hardy of any Rolex Sea Dweller.

Then, in 2017, Rolex released the reference 126600, featuring something never before seen on a Sea Dweller – the cyclops. It was a controversial decision amongst Sea Dweller purists but done to help divers see the date above and below water. This new model pays homage to the first ever Sea Dweller, though, featuring a line of red writing in the middle of the dial.

With a host of rare and interesting dials throughout its esteemed history, the Sea-Dweller remains a great option for any Rolex collector. 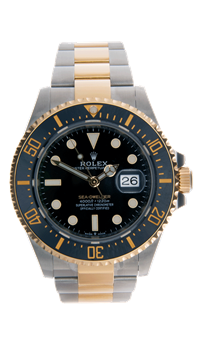 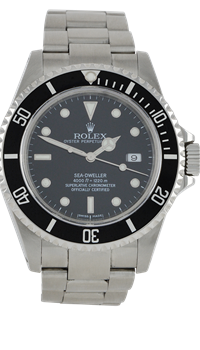 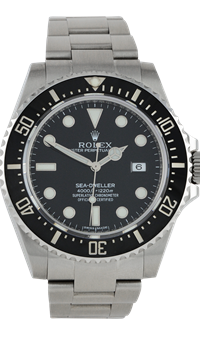 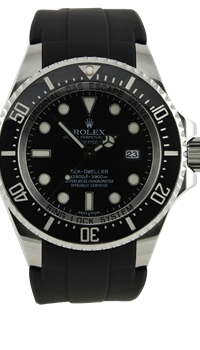 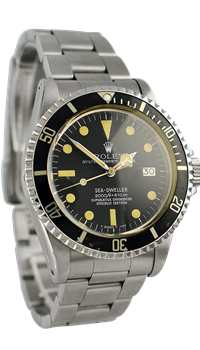 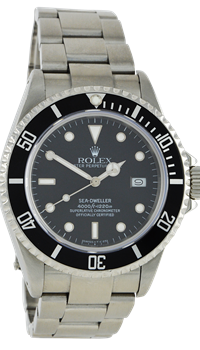