As with every Rolex, the Rolex GMT Master has a great history behind it. It was originally designed in collaboration with Pan Am Airlines, because pilots were starting to fly longer distances in the 1940s and 50s and, therefore, cross many different time zones. Accuracy was critical, so Rolex designed a watch that allowed pilots to see more than one time zone on one face – and so the GMT Master was born in 1954.

The watch’s name refers to Greenwich Mean Time – traditionally used as the international civil time standard by which all other time zones are calculated – and has long been a favourite with those in the aviation industry, along with NASA astronauts, US Air Force pilots, travellers, watch enthusiasts and casuals alike.

The first GMT Master was the 6542, and featured a two-tone bezel, to symbolise the difference between daytime and nighttime hours. Each GMT Master has its own interesting nickname, stemming from the two colors seen on the face, such as the classic ‘Pepsi’ 1675 model, so called due to the red and blue colours, or the red and black ‘Coke’ bezel, which was shown on the 1670 model.

One of the most modern editions is the ‘Batman’, a beautiful GMT Master II in blue and black. These differing editions give each one a sense of individuality and pride for those who wear them.

The model’s most significant development, however, was the arrival of the GMT Master II 16760 in the 1980s. This new edition came with an extra hand allowing owners to read three different time zones at once, something the pilots of the 1950s for whom the watch was created for, would have loved and which Rolex fans went mad for.

Most recently, the GMT Master II 116710 was launched in 2007, featuring the original beauty of its predecessors along with some new aspects. It is manufactured with the Oysterlock folding clasp bracelet, ensuring that it does not open accidently and the Easylink comfort extension link – allowing the wearer to adjust the length of the bracelet by 5mm for extra comfort.

For flawless accuracy, the GMT Master II Sports is a 3186 calibre self-winding mechanical movement, which – as with all watches made by Rolex – passes the exacting Swiss Official Chronometer Testing Institute (COSC) tests. It is also fitted with Rolex’s Parachrom hairspring, ensuring better resistance to shocks and temperature variations.

There are now many different models of the GMT Master II offering a great range of choice and all GMT Masters now come with Rolex’s iconic 24-hour dial on the bezel, and are 40mm in size.

With a huge range of choice, the GMT Master sells faster than any other model in our showroom and is an ideal choice for new Rolex collectors. 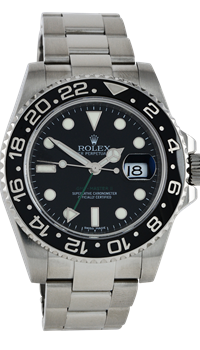 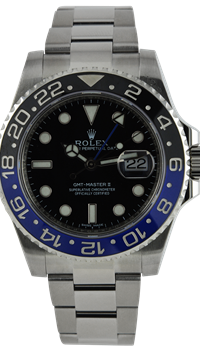 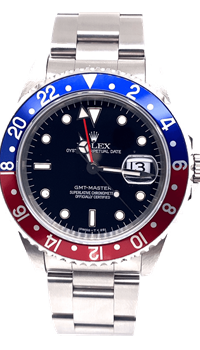 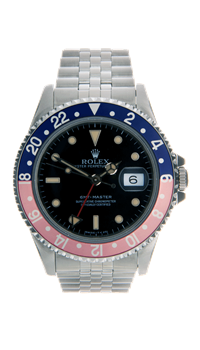 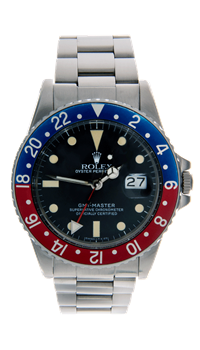 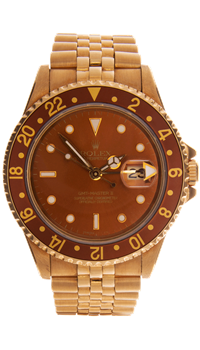 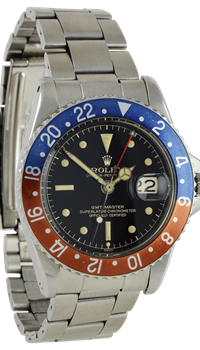 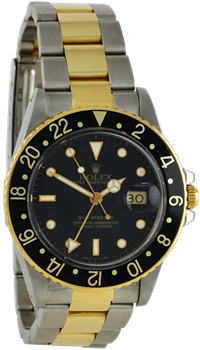