As with every Rolex, the Cosmograph Daytona has an incredible story to tell – a story driven by speed. This particular model, as its name suggests, pays tribute to the famous Daytona racecourse in Florida, and is the luxury watch of racing.

The first model – the reference 6239 – was introduced in 1963. What distinguished it from other watches was the tachymeter on the outside of the bezel, picked out in a contrasting colour, either black on silver or silver on black. The dial would feature three sub-dials in a contrasting colour, making it an aesthetically striking timepiece that allowed drivers to time their laps.

Shortly after, Rolex released a variant of the 6239 with an ‘exotic dial’, which featured an outer circle on the dial with the seconds laid out in the same colour as the sub-dials. The sub-dials also featured crosshairs in the middle.

The exotic dial Cosmograph Daytona is famously known as the Paul Newman Daytona, thanks to the fact that the actor and racing driver used to wear one. This served to increase the model’s desirability and today it carries legendary status as one of the most valuable and sought-after models in the world.

In fact, in October 2017, Paul Newman’s actual Cosmograph Daytona was sold at auction for a record breaking $15.5 million at Phillips auction house in New York.

Following the 6239 with an exotic dial, Rolex released the reference 6241. It was stylistically very similar but a different acrylic was used in its bezel. The 6239 remains the more popular of the two.

In 1965, Rolex introduced the reference 6240 ‘Oyster’ Cosmograph Daytona. It was the first ever in the Daytona series to be fully waterproof and also featured screw-down push pieces instead of the pump pushers – which meant the watch could also have a degree of waterproofing.

In 1988, Rolex introduced a more significant change. Until this point, all Daytonas had manually wound movements, but the new reference 16520 came complete with a self-winding movement.

There were other changes too, with Rolex making stylistic adjustments, such as an enlarged case size from 37mm to 40mm, the use of sapphire crystal and shinier, more glossy, dials. In 2000, the reference 116520 was launched, which boasted Rolex’s first completely in-house and self-wound 4130 calibre movement.

The Cosmograph Daytona is now available in many different designs and price ranges but its ongoing status makes it difficult to acquire one. Waiting lists from official dealers can be anything from one to more than five years.

Steeped in history, always a favourite with collectors and extremely high in value, the Cosmograph Daytona remains one of the most special luxury watches in the collecting world. 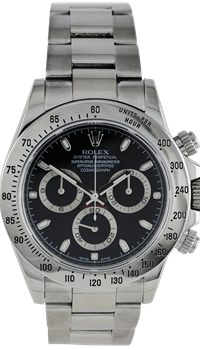 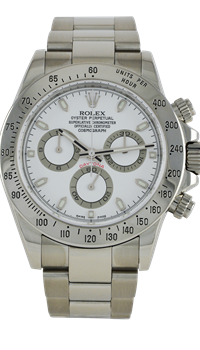 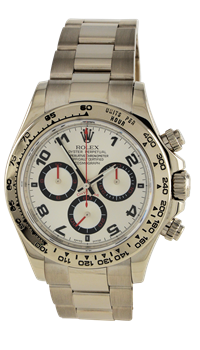 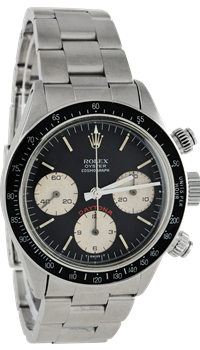 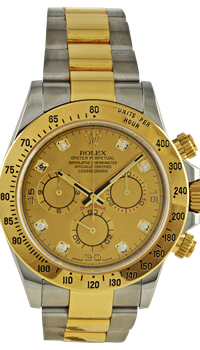 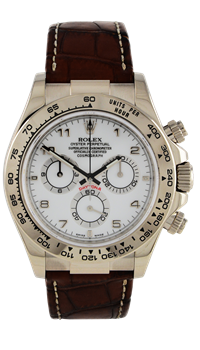 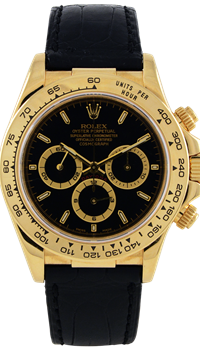 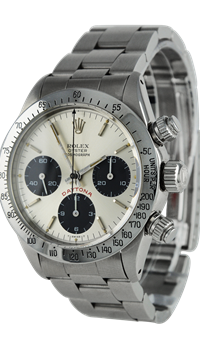 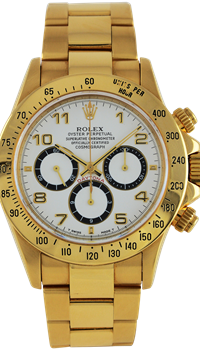 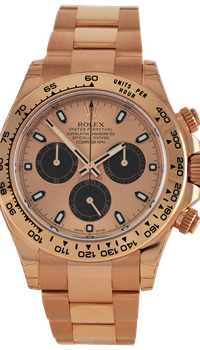 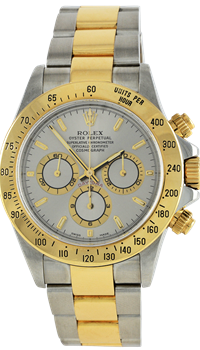