The Rolex Cellini is one of the luxury watchmaking giant’s lesser known timepieces and yet it embodies all of Rolex’s values of quality, style and simplicity.

The Cellini was first designed for the artistically minded, paying homage to Benvenuto Cellini, a famous and highly-respected artist from the 1500s. It is also considered Rolex’s ‘dress watch’.

The first model in this beautifully classic line was the Cellini Prince, released in 1928. It came in an Avant Garde rectangular shape and was renowned for its chronometric precision. Two more models soon followed – the Cestello and Danaos – although this time both featured a round face.

The Cellini line was left much unchanged for the rest of the 20th century and was not considered to be one of Rolex’s flagship best-selling models. The turn of the century, however, brought with it a new model – the Cellini Time.

Although released in the modern era, the Cellini Time stays true to its roots, featuring a delicate 39mm round case and comes with only a brown or black leather strap.

Traditionally, Cellinis weren’t made to be waterproof – yet the Cellini Time is waterproof to a modest depth of 50 metres. Nevertheless, the purpose of this classy timepiece doesn’t lie in aquatic escapades, but with a suit, tie and formal event.

The Dual Time, as the name suggests, gives the wearer the ability to monitor two different time zones at once, thanks to a time-zone and day and night indicator on the dial at six o’ clock.

Most recently, Rolex released another stunning watch in its Cellini line – the Moonphase. This features a striking blue disc at six o’ clock, which allows the wearer to monitor the phases of the moon. It is also said to be astronomically accurate for a staggering 122 years.

Which model you choose depends on taste and budget but what remains the same  is that for many this is the king of dress watches – and perfect for those particularly formal occasions. 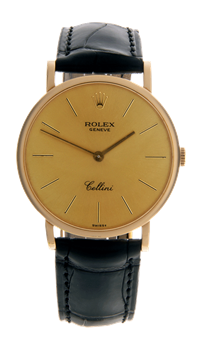 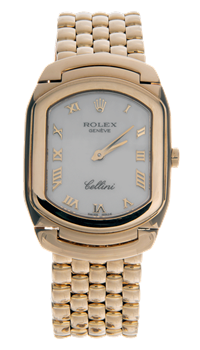 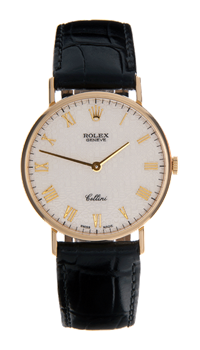 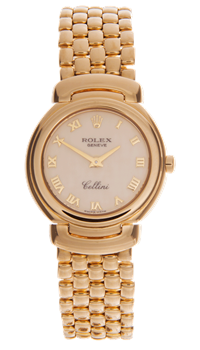 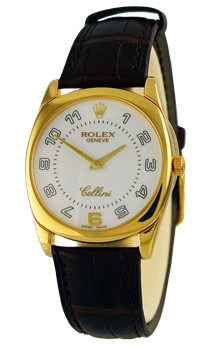 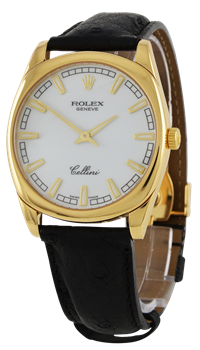 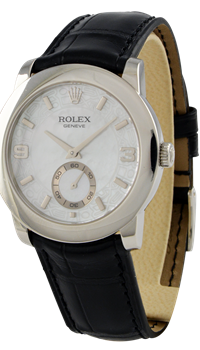 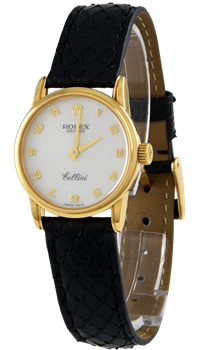 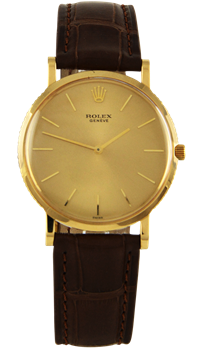 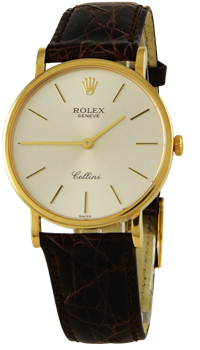