Still in production today, the Rolex Air-King is one of the longest continuously produced models in the company’s history and its vintage references are highly prized amongst collectors.

First released in 1945, the Rolex Air-King was founder Hans Wilsdorf’s tribute to the British pilots of the Second World War. Throughout the war, many pilots had swapped their standard government issue watches for the more accurate Rolex timepieces, buying up every Oyster that they could get their hands on. Rolex later returned the compliment by sending replacement watches to British prisoners of war who wrote to request one – their own having been acquired by their captors.

When Wilsdorf learned of this, he created a line of manual wind Oyster watches, including the Air-King. The flying connection stuck throughout the 1950s and 1960s, with PanAm Airlines presenting them as retirement gifts to its pilots.

The Air-King is an unashamedly simple watch and for 37 years Rolex left its ref. 5500 largely untouched. It did eventually upgrade the model with a sapphire crystal and a new calibre 3000 movement when it released the ref. 14000, later adding an engine-turned bezel to the ref. 14010. In 2000, both models were upgraded to the calibre 3130 movement. Another refresh came seven years later, with the introduction of the slightly larger 1142XX. It also featured a thicker case, a concentric dial and new machined Oyster bracelet.

At Baselworld 2016, Rolex unveiled the 40mm ref. 116900, with its calibre 3131 movement – which it shares with the Milgauss – and soft iron inner case to protect it from magnetic fields. But it also comes with a 1940s military-style dial, a prominent minute scale for navigational time readings and the same lettering that had been designed especially for the model in the 1950s. 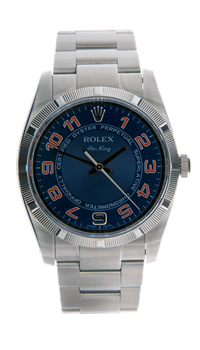 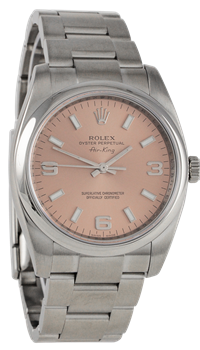 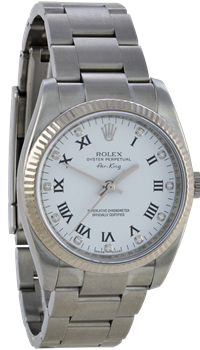 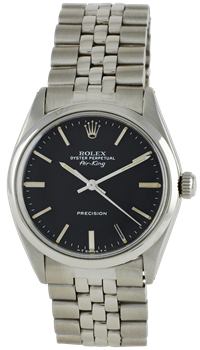 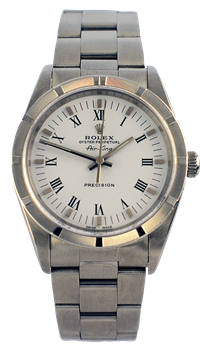 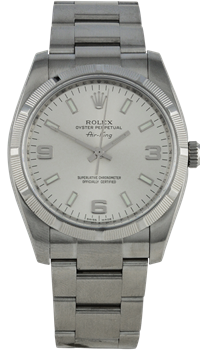