In horology terms, 1941 was a big year with the launch of Patek Philippe’s now legendary Perpetual Calendar Chronograph reference 1518.

The very first Perpetual Calendar was, in fact, released in 1925 as the reference 97975, but the 1518 was the first series-produced Patek Phillippe to feature chronographs.

It was a watch of true Patek-esque simplistic beauty, featuring a round dial 35mm in size, two chronographs at three and nine ‘o’clock, an intriguing open date display at six o’clock and a silver/white bezel on a classic leather strap.

This was a watch ahead of its time – no other watch manufacture had dared to engineer date chronographs into their timepieces. Not only did Patek dare to achieve the chronograph in a wristwatch, but they also did so beautifully. All of which helped to turn the Perpetual Calendar into a much-loved favourite by collectors and one-time buyers alike.

The movement of the legendary 1518 series was a Valjoux calibre 13Q (13 130Q), still regarded today as an incredibly accurate piece of timepiece engineering.

The 1518 Perpetual Calendar is however at its rarest and most valuable in stainless-steel. Only four are thought to exist anywhere in the world, making it one of the holy grails of watch collecting.

In 1962, Patek Philippe released the reference 3448 an automatic perpetual calendar that was hailed as ‘the watch that thinks for itself’. This extraordinary timepiece could tell its owner the time, day, date, moon phase and also accounted for irregularities in the months, such as fewer days in February.

The Perpetual Calendar from Patek Philippe also enticed former rock and blues legend Eric Clapton into owning one. The model owned by Clapton was a Perpetual Calendar Chronograph reference 2499 in platinum. He eventually sold the timepiece at auction in 2012 for a cool $3.63 million.

Since its release more than 70 years ago, Patek Philippe has released a range of Perpetual Calendars, the most recent being the stunning 5320G. This reference has a truly vintage feel about it, featuring just the moonphase calendar display at six o’clock and two apertures at 12 o’clock for the day and the month – without chronographs at three and nine o’clock, denoting an air of simplicity.

Although simplistic in style, Patek Philippe describes it as “the watch that has been crafted for eternity”– being able to differentiate between months with different lengths and leap years – much like its pioneering predecessor, reference 3448, back in 1962.

With so many different reference numbers, the Perpetual Calendar Chronograph is a great option whether you’re an ardent enthusiast or simply looking for timeless classic. 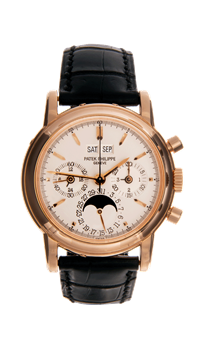 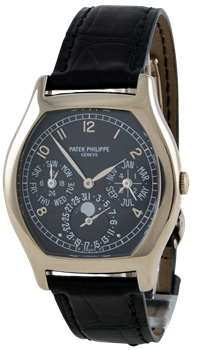 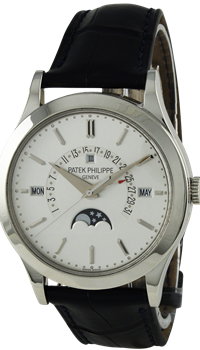 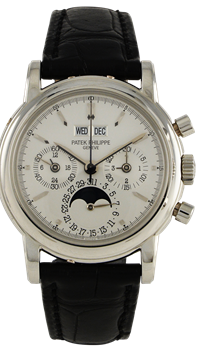 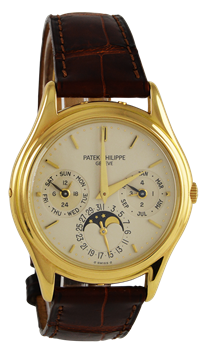