The Patek Phillipe Calatrava, reference 96 is one of the most iconic timepieces of all time – frankly a god in the world of horology.

First unveiled back in 1932, it shot to stardom thanks, in large part, to its unapologetic simplicity – combined with the trademark elegance always guaranteed by the Swiss watch-making giant.

This is by no mistake Patek Phillipe’s flagship watch – and was, in fact, the company’s first watch after the Stern family took over the business in 1932. The inspiration for its design came at a time when the company needed something which appealed to more than just the avid collector – it had to be wearable and enticing to the masses.

Thus the Calatrava was born, influenced by Bauhaus’ minimalist principles, featuring a perfectly round 31mm bezel, a white face with two gold hands and a small chronograph at the six o’clock mark. What was also interesting was the decision to make the watch just 9mm in width, allowing it to lie low on the wrist and adding to its air of unchallenged elegance.

It is perhaps the most unchanged timepiece in the industry – a truly timeless classic. Patek Philippe has released a number of models over time – from the striking blue 4897/300G-001 in white gold to the classic 5196J-001 in yellow gold – but the fundamental design remains the same.

As with all Patek timepieces the Calatrava’s design and mechanics are astounding. In the beginning, its movement was powered by the company’s trademark 12-400 calibre, but more recent models have seen a shift to their famous 215 PS movement. Both are manually wound and share similarities, reinforcing the continuity of the Calatrava ever since its inception. Each watch is handmade and can take up to nine months to produce.

The quality of the movement and the watch in general means that its lifespan is also remarkable. It is the embodiment of the Patek Philippe marketing campaign that says you never really own one, you just keep it safe for the next generation.

If you’re in the market for a dress watch, there really is no bigger player than the Calatrava, and with many new models available nowadays, with bezels of up to 37mm and varying designs on the faces, there is sure to be something to suit everyone’s taste. 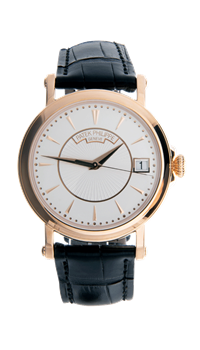 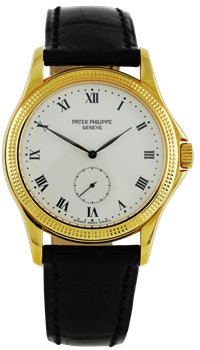 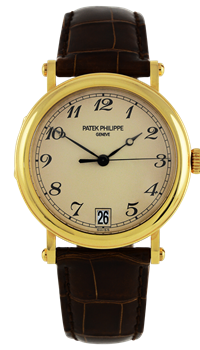 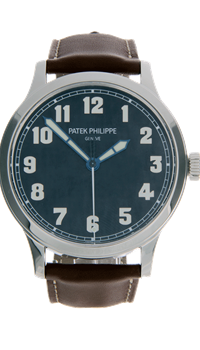 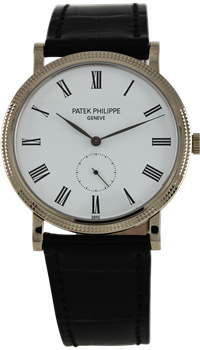 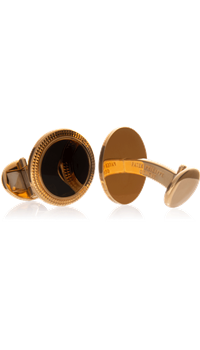 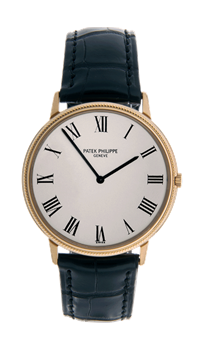 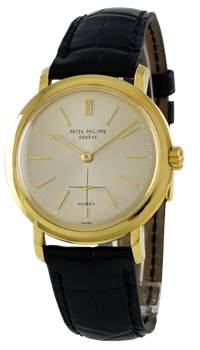 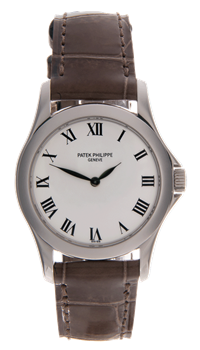 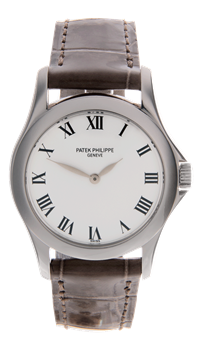 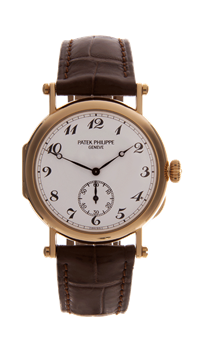 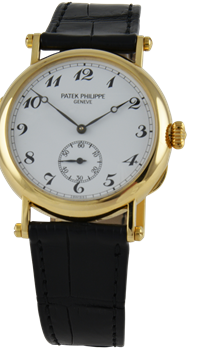 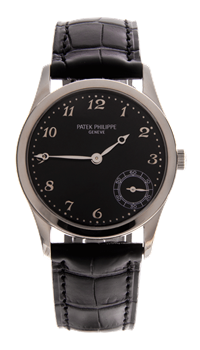 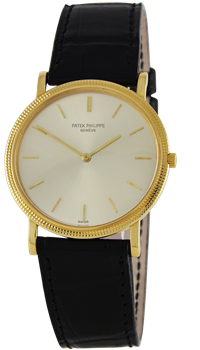 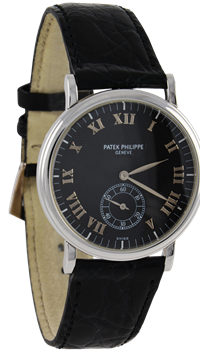 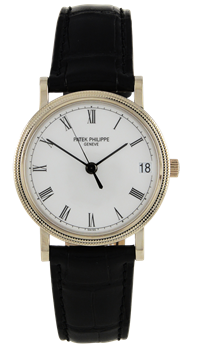