Patek Philippe first launched the Aquanaut in 1997 as a more casual alternative to some of its dressier classics. However, its design owed much to another Patek icon – the Nautilus – which, in 1997, was celebrating its 21st birthday.

The Nautilus was just one of several world-famous timepieces created by the legendary watch designer Gérald Genta. The Swiss man knew that the Stern family – Patek’s owners – loved sailing and took this as his inspiration, creating a sports watch with a bezel that resembled a ship’s porthole.

The Aquanaut paid direct tribute to this heritage with its own octagonal shape, vertically satin-finished flats and chamfered and polished edges. But, unlike the Nautilus, it adopted a simpler three-part design that eliminated the need for left- and right-hand hinges, while continuing to ensure water resistance to depths of 120 metres.

Meanwhile, the Aquanaut’s ‘Tropical’ rubber strap – made of a soft, hypoallergenic composite – tips a hefty nod to the vintage ‘tropic’ straps made popular in the 1960s and 1970s on diving watches. Coupled with its screw-down crown, the Aquanaut was a watch specifically targeted at a younger, physically active market.

Patek purists weren’t so keen but, two decades later, the Aquanaut has blossomed from an entry-level sports watch into a classic in its own right. To mark its 20th anniversary, Patek Philippe released the very grown-up-looking reference 5168G, with a white gold case and beautiful gradient dial that moves from blue to black. With a diameter of 42.2mm, it’s also the largest Aquanaut on the market and another nod to the original 1976 Nautilus, which earned itself the nickname ‘Jumbo’. 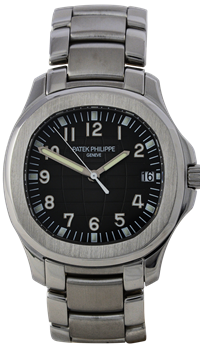 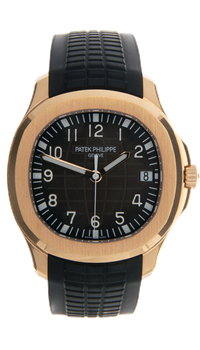 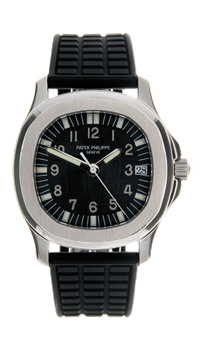 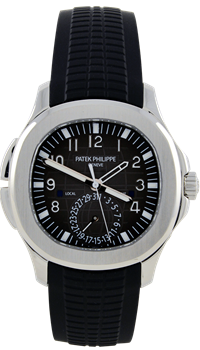 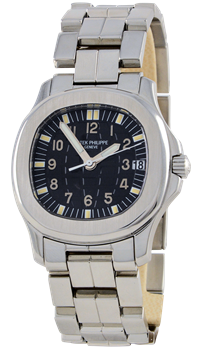 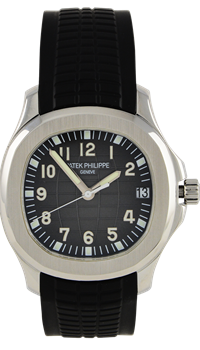