Why oversized watches for women are here to stay

There’s no doubt that, in recent years, an enduring trend for wearing oversized watches has emerged amongst women. A-listers, including Jennifer Aniston, Victoria Beckham and Elle MacPherson, are all regularly seen sporting what are officially men’s models – from the classic Rolex Cosmograph Daytona to the market-exploding Patek Philippe Nautilus. Indeed, one might argue that it’s now so common to see an oversized watch on a female wrist that the concept of ‘men’s’ and ‘women’s’ models has become all but redundant.

So, what’s driving the trend? And what are some of the most popular and notable choices in the luxury watch market?

What counts as an oversized watch? It’s all relative…

To a certain extent, the jury remains out on this one since, of course, the appearance of a watch is proportionate to the size of the wrist that’s wearing it. In general, though, anything that weighs in over the 42mm diameter mark tends to fall into the traditionally oversized category. For ladies, wrists tend to be slimmer, and so women seeking this increasingly popular statement might start at anything from 38mm to 40mm and still achieve that ‘bigger is better’ aesthetic.

Why are oversized watches so popular with women?

In today’s luxury watch market, big and bold is increasingly considered the rule, not the exception. There are a number of drivers for that (some watch experts, for example, suggest that a larger casing allows for a larger movement, which can be more practical and profitable to produce). But the consumer is, as always, the most powerful influence and the female consumer is having a profound effect on the market.

Indeed, David Duggan Watches has experienced a 15% increase in demand for oversized watches – in particular, steel and gold bracelet models – amongst our female clientele. Why? Quite simply, because of adaptability – a steel gold bracelet, for example, can be worn with pretty much any other piece of jewellery and look perfectly placed. And let’s face it, when you invest in a vintage or luxury watch, you want to be able to show it off at every given opportunity!

At the same time, women’s tailoring is making an unprecedented comeback. Modern designers have translated the questionable 1980s shoulder pad into a far more contemporary statement – the power suit, the female tux, and the androgynous look, to name a few. It follows that the bold styles so often found in oversized watches offer the ideal accessory, and women are embracing the trend with open arms (or wrists!).

Many of our female clients also tell us that they prefer the practicality of a big watch on several levels. Firstly, the dial tends to be easier to read. Traditionally, smaller ladies’ watches tend to feature quartz movements but, in the luxury men’s market, mechanical is the norm and makes for a more reliable option (no risk of the battery running out at the wrong moment with these models). Oversized watches can be less complicated to service, simply because the mechanism is not quite so tiny. Plus, they tend to be more robust and equipped to stand up to the rigours of modern life – especially the sporty models. And they feel satisfying to wear, offering a robust option that still allows for touches of individuality.

So, who’s wearing what in the oversized watch market? Now that women are conquering the historically male world of the big timepiece, anything really does go. But there are some trends that really stand out, with celebrities and royals leading the way. Here’s a run-down of our favourite three: 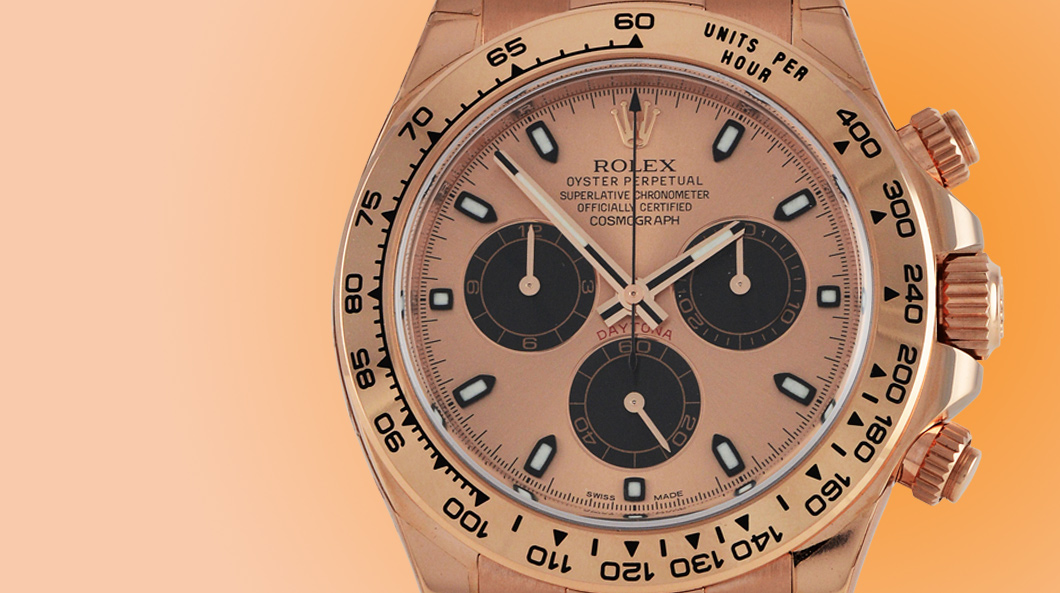 Rolex: the go-to for the A-listers

Rolex’s history for marrying quality, innovation and style has endured since its very first chronometer wristwatch movement was launched in 1914. The introduction of water resistance with the Oyster case in 1926 was consolidated by the launch of the Datejust in 1945, the first wristwatch to combine automatic winding, water resistance and chronometer certification in the same model.

It’s not just innovation that has precipitated Rolex’s rise to worldwide fame, though. The brand’s intelligent strategy of sponsorship and affiliation has undoubtedly contributed to both its household name and innovation in specific models. The GMT Master was developed for airline pilots; the Daytona remains the definitive choice of racing drivers, and the Submariner has become the global watch of choice for diving watches.

In terms of female fans, Elle MacPherson and Victoria Beckham are often seen wearing a Daytona, while Jennifer Aniston is known for her love of the Day Date President. But it’s Elle who is the original female pioneer of the oversized Rolex. She is rarely, if ever, without her everyday favourite: an 18K yellow gold Paul Newman Daytona with classic white gold dial. She’s also been seen wearing another full yellow gold version with Champagne dial and black registers. She wears both pieces in her own way, with a deliberately loose strap and multiple surfer-style accessories.

Far be it from us to suggest that the Nautilus defines Patek Philippe, but there’s no doubt that 2019 saw a market surge, and female celebrities are leading the way in wearing it well. Arguably, the brand’s first European celebrity status started as early as 1851, when Queen Victoria chose a Patek Philippe blue pocket watch at the Great Exhibition, sparking popularity for the brand across European royalty. Later, the 1960s would see Richard Burton give Elizabeth Taylor a diamond and gold ladies’ Nautilus, with black dial, circular-cut diamond bezel and 18K gold link bracelet. The watch sold at Christie’s in 2011 for $47,500.

Today’s men’s iterations of the Nautilus are popping up all over Hollywood. Ellen Degeneres, known for her love of luxury watches, favours the Patek Philippe Nautilus reference 5711/1A in stainless steel with the white dial variation. Victoria Beckham has been spotted wearing the more well-known blue dial, as well as the reference 5711/1R in rose gold. Meanwhile, Misha Daud, the woman behind Watch Fashionista, is playing with the men’s oversized trend by wearing her husband’s reference 5712R in steel (also available in rose gold, white gold or two tone) with a moonphase complication. Originally a gift from her to him, she has adopted the watch, she told the New York Times, because her husband “has more classic tastes” and so prefers his other models. 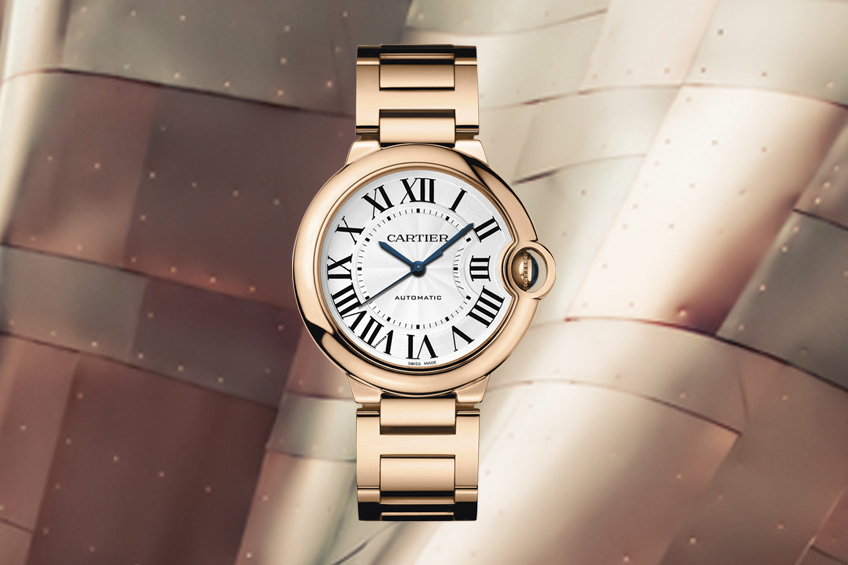 Ranked by Forbes as the world’s 59th most valuable brand, Cartier has a long history of creating watches and jewellery for royalty. The Cartier Pasha, for example, was first conceived and crafted for the Sultan of Marrakesh in 1932, before being introduced into the official Cartier collection in 1943. Characterised by its classic round dial and protruding sapphire crown, the Pasha has seen in various iterations, including dedicated women’s collections. In the more traditional vein, Diana, Princess of Wales was known for her love of the classic Tank, and Kate Middleton favours an equally elegant 33mm Ballon Bleu. But it is actress and fashion icon Ashley Olsen who is leading the way in the world of oversized Cartiers, with her much-loved Pasha Seatimer (40.5mm) never far from her wrist.

If you’re thinking of adding a men’s oversized watch to your collection, David’s advice is clear. “Fashions come and go,” he says, “but a classically conceived watch from a reputable brand is always likely to hold its value as well as its timeless style. Keep embellishments and gimmicks to a minimum and focus on quality, craftsmanship and providence to safeguard your investment.”

If you need help and guidance finding the right oversized watch for your collection, contact David Duggan to make an appointment. Or pop into our showroom in London’s Burlington Arcade. We will be delighted to help you find a model that will bring you a lifetime’s enjoyment.