Watches with Hollywood Nicknames and Why We Love Them

From the Marilyn Monroe to the Steve McQueen, watches that carry the names of big screen stars evoke the magic of a golden era. So, what makes the special relationship between Hollywood and luxury watches so enduringly appealing? And how is the changing face of celebrity endorsement influencing the industry? David Duggan and his service manager, Tony Gedalovitch, reflect on the joys of watches with Hollywood connections and the passion that lies behind the world of watch collecting.

Anyone with more than a passing interest in horology knows that many iconic watches carry nicknames evoking their history and A-list connections. For David, it’s a tradition that demonstrates how powerful storytelling is in the world of luxury vintage watches. ‘I remember, for example, when the Patek Philippe reference 2442 was considered super desirable in the 1980s and 90s. With its fluid case shape and curved, flared lugs, it’s an incredibly feminine and aesthetically pleasing watch. Originally, the Italians dubbed it The Banana. But my late partner Denise, who had such a profound influence on my life and career, told me she felt that the watch deserved a more fitting moniker for its beauty. She suggested it should instead be called the Marilyn Monroe. The term caught on and became part of the vintage watch lexicon. Now, everyone knows that watch as the Marilyn Monroe, and that all began with Denise’s moment of inspiration. It’s a great example of how a watch’s profile can grow and change organically. It also reminds me of the similar nicknaming of another curvy classic – the Rolex 16760 GMT Master, AKA the Sophia Loren in tribute to the star’s voluptuous beauty.’ 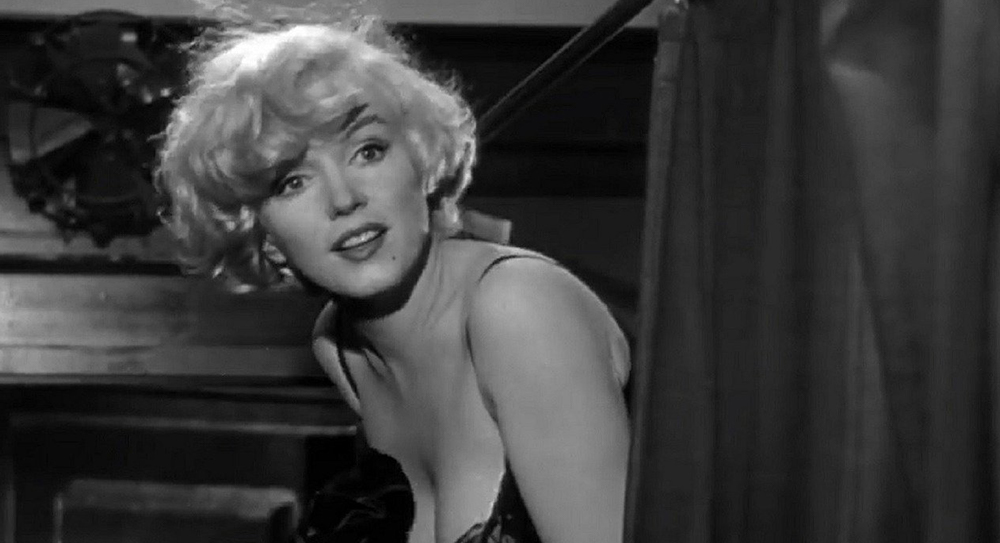 Above: Marilyn Monroe was the inspiration behind nicknaming the Patek Phillipe Reference 2442

Indeed, storytelling and horology go hand in hand, even when the story is more of a myth, according to Tony. ’A good example is the Steve McQueen, the term coined for the Rolex Explorer II reference 1655 (also known as Il Freccione, which translates as The Arrow). The funny thing about this one is that there has never been any evidence that McQueen actually wore that model. His favourites for his own wrist included the Rolex Submariner and, of course, the Heuer Monaco that he made notorious when he wore it during the filming of Le Mans in 1970. It just goes to show how, as humans, we create our own stories and they stick, even when they’re not rooted in reality!’

That storytelling, both experts agree, represents part of the attraction of luxury watches, and nowhere is this more apparent than during the days of Hollywood gone by. ‘The Clark Gable (an early reference 1526 iteration of the Patek Philippe Calatrava) is a good example,’ Tony points out. “At the time when Gable immortalised that watch in Soldier of Fortune in 1955, Patek were probably only making around 1,000 watches a year. Back then, this was the finest timepiece you could buy – truly rare and desirable and out of reach of most of us. By today’s standards, such an elegant, slim watch tends to gravitate towards the ladies’ market – but at the time it was the epitome of gentleman’s style.' 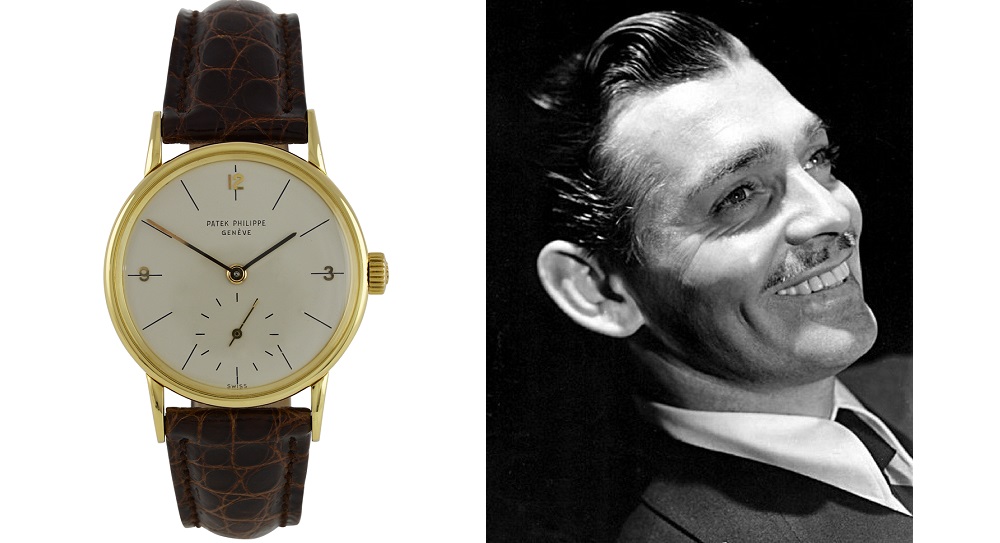 Above: Clark Gable was an early fan of the iconic Calatrava.

By the time we got to the Paul Newman and the Steve McQueen, the story had changed to focus on “men’s men” who raced cars and rode motorbikes and pursued extreme sports. They favoured the high-end tools watches, the rugged models that facilitated their pursuits. In particular, the Paul Newman (or the Daytona Cosmograph reference 6239) showed just how powerful celebrity connections are when it comes to watches. In 2017 we all watched in astonishment when Paul Newman’s own Daytona sold for US$15.5 million at Phillips Auction House after 12 minutes of frantic bidding. What motivated such extraordinary demand? It was undoubtedly not just the watch, but the provenance behind it. A Rolex Daytona is a special watch. A Paul Newman Daytona that was actually owned by Paul Newman, though, is so steeped in history and nostalgia that collectors will go to extraordinary lengths to be a part of that!’ 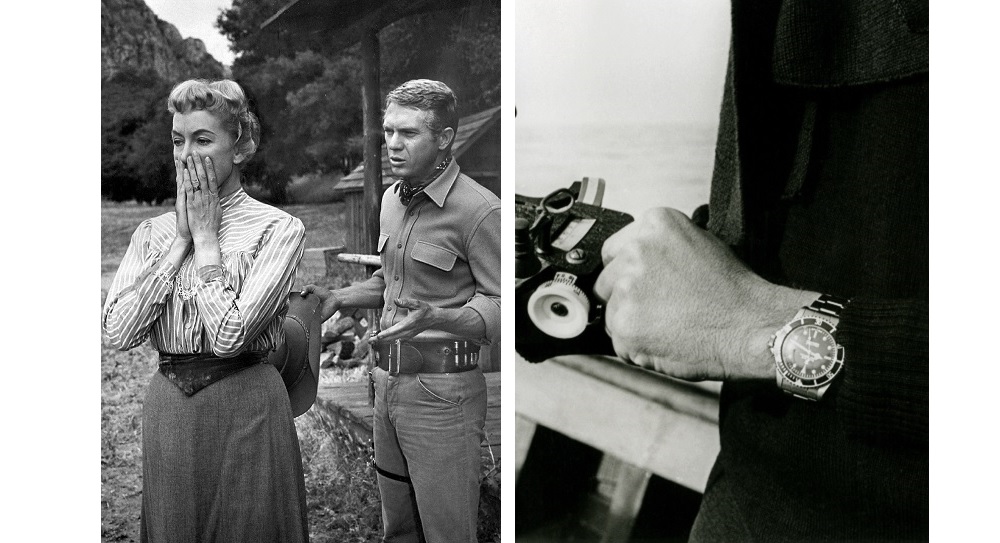 Above: The Rolex Submariner series was a favourite for Hollywood star, Steve McQueen

So, watches that tell stories through their nicknames seem to spark real inspiration and nostalgia. But they’re also part of the watch collecting culture, David says. ‘I love to use nicknames to build a rapport with customers – and since we’re dealing in such valuable items it’s very important to me that customers feel relaxed and confident in our care,’ he explains. ‘Nicknames create fun and rapport – for example, we debate with clients that the Rolex GMT Master Root Beer should be called the Newcastle Brown (Ale), because of its reddish brown dial! Buying a watch should be a joyous experience, so when you can use these nicknames to enjoy a little joke together, it enhances the experience of visiting the showroom. And for me, nicknames give watches character. They make them more exotic. They pique people’s curiosity – plus a lot of people find it easier to identify with the different models when they have a famous nickname, not just a complicated reference.’

Tony agrees with David that nicknames lend a certain something to a watch’s character. But, he says, that doesn’t preclude the passion that many watch collectors have for the finer details of a model. ‘Some of our customers amaze me with the depth of their knowledge, not just for the series and reference, but every tiny detail of a model’s specification. They’re like encyclopaedias! Some people think that approach is a bit dry, but I see it as evidence of the same passion that some people have for fine wine, or art, or music. For these enthusiasts, every component of a watch adds to its beauty, and they drink up that knowledge as part of their appreciation.’

Modern Watches and the Modern-Day Celebrity

Of course, even today, luxury watches continue their relationship with celebrity wearers. Panerai’s Slytech series, for example, was first inspired by Sylvester Stallone when he fell in love with a 44 mm Luminor whilst filming Daylight in Rome – then commissioning a limited series of 200 for the cast and crew of the movie. When Oscar winning actor and director, James Cameron, successfully undertook an intrepid expedition to the Pacific Ocean’s Mariana Trench, Rolex created a special edition diving watch for him. It was then released as the Cameron D-Blue Sea Dweller. The difference in these examples is that the watch’s celebrity moniker was deliberately chosen by the company and endorsed by the celebrity, rather than emerging naturally from the watch’s history. 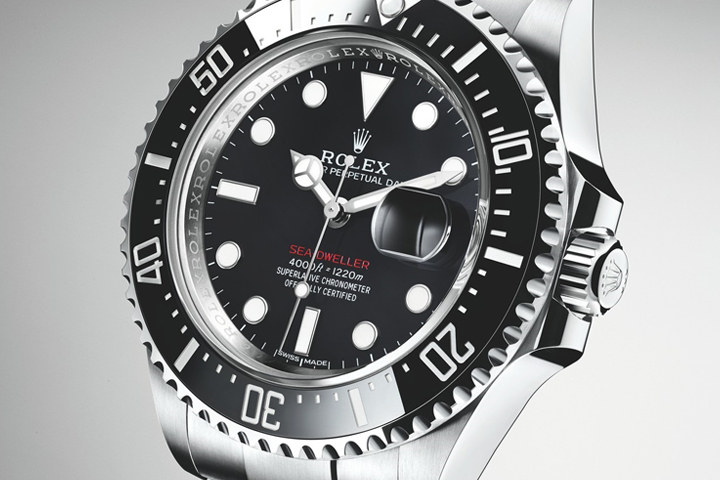 Above: The Rolex SeaDweller: An example of the series that inspired the Cameron D-Blue edition

For Tony, this reflects an interesting and ongoing evolution in the luxury watch supply chain. 'If you go back a few decades, the new launch of a Patek Philippe, for example, was extremely aspirational. You might read about it in a magazine, or hear that it had been launched at Baselworld, but you wouldn’t really be able to appreciate the watch until it became physically available on the market. Now, a combination of the internet and celebrity endorsement is changing the game. The internet makes it possible for the whole world to know about a new launch on the very same day that it’s unveiled at Baselworld. Customers have the power to unbox the watch online. In some cases, we see two or three-year waiting lists build up before the first series even hits the showrooms.

'Throw in the news that an A-lister is wearing a special edition of that model and the market explodes! It’s not unusual these days for people who have been on a waiting list for a couple of years to suddenly switch to a different waiting list when they see that, say, David Beckham or Lady Gaga are endorsing a particular brand or model. I don’t think it will make a huge difference to collectability in the future – only around one percent of watches made in the 1950s are collectible today, and I think we’ll see that proportion remain similar as today’s new models become tomorrow’s classics. But the market feels much more crowded and accessible because everyone can shout about their particular favourite. A Steve McQueen will always be a Steve McQueen. It will be interesting to see whether there’s a watch going up at Sotheby’s in 50 years’ time under the name the Lady Gaga!'

David Duggan is a pioneer of the vintage watch market as we know it now, and Tony has worked with him at the Burlington Arcade showroom for many years. If you are seeking a particular vintage luxury watch or modern classic, find out more about David Duggan Watches and how our expert team can help and advise you. Even during the COVID19 pandemic, we are available to help you. Telephone us on 0207 491 1675 or 020 7491 1362 and we will be delighted to help.