A guide to: the tourbillon complication

What is a tourbillon?

A tourbillon counters the effects of gravity on a watch’s accuracy by mounting the escapement and balance wheel inside a rotating cage  ̶  hence its name, the French word for ‘whirlwind’. 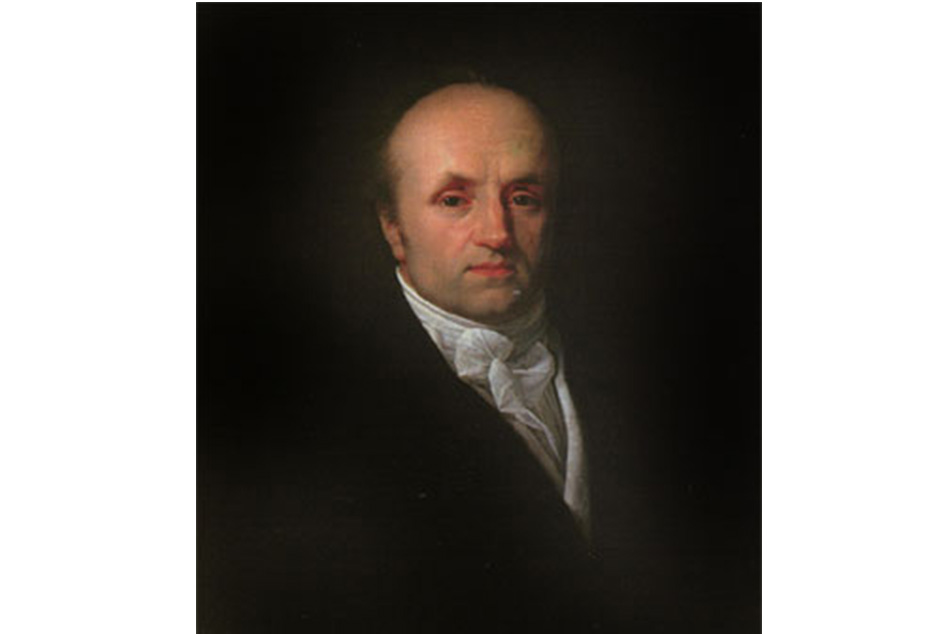 When Breguet initially developed the tourbillon theory, the pocket watch used to suffer from accuracy deviations caused by the effects of gravity (making it run faster or slower) when constantly held in a vertical position in a waistcoat pocket. The tourbillon counteracts this by installing the entire escapement and balance wheel in a rotating cage, revolving with a pinion. The rotation is timed by the escapement, which is engaged with the fixed wheel, turning about its own axis once per minute. This allows the whole assembly to pass through all vertical positions in succession, so no matter what position the watch is in, the opposing effects of acceleration and deceleration cancel out each other.

History of the tourbillon

The tourbillon is considered one of the most significant devices Breguet ever developed and, in 1801, received a patent for it. However, it wasn’t until 1805 that the first tourbillon was commercialised. The following year, the tourbillon was presented to the public at the National Exhibition of Industrial Products held in Paris. While Breguet only made and sold 35 examples of the tourbillon between 1805 and 1823, the year of his death, the watch has nevertheless remained a much sought-after timepiece that has been developed further by subsequent watchmakers.

A significant improvement to the original movement was made in 1920 by Alfred Helwig, an instructor at the German School of Watchmaking in Glashütte. He found that the bridge with the top bearing, which was mounted above the tourbillon cage, seriously impeded the view of the mechanism. So, he relocated the mounting to the underside of the bottom of the cage. In his design, rather than being typically supported with a bridge or cock on both sides, the tourbillon was only supported from one side. He named it the ‘flying tourbillon’ because it appeared to hover.

With pocket watches beginning to lose their popularity in the 1930s as men’s fashions evolved, manufacturer Lip capitalised on the trend by inventing the first tourbillon wristwatch. Others then followed suit, with the likes of Omega and Patek Philippe developing their own models. In 1947, Omega came out with the Calibre 30 I for use in chronometry competitions, where it achieved the best results recorded by a wristwatch.

Another major advancement to the complication was the addition of multi axis, such as the double-axis that was invented by Anthony Randall in 1977. During the 1980s, further progress was made to wristwatches, with the first self-winding tourbillon watch, produced by Audemars Piguet, launched in 1986.

In 2003, the first pocket watch with a flying double-axis tourbillon was presented by German watchmaker Thomas Prescher. A year later, Prescher was also the first to develop the triple-axis, where the escapement, balance wheel and balance spring, which are mounted in a cage, rotate on more than one axis.

Due to the complexity of this complication, tourbillon watches can command a very high price, so it’s no surprise that they are popular with the über-wealthy, in particular, sports and music stars. Spanish tennis ace Rafael Nadal favours a Richard Mille watch, while the Swiss watchmaker created the iconic green and yellow RM059-01 Tourbillon Yohan Blake in partnership with the famed Jamaican sprinter. Football legend Cristiano Ronaldo, meanwhile, grabbed headlines when he was spotted sporting a Franck Muller Imperial Tourbillon featuring an impressive 474 baguette-cut diamonds. But, the prize for the most lavish timepiece has to go to rapper Jay-Z, whose custom-made RM Blue Sapphire took a staggering 3,000 hours just to make watch’s case and cost a cool $2.5 million, making it the most expensive watch Richard Mille has ever produced. 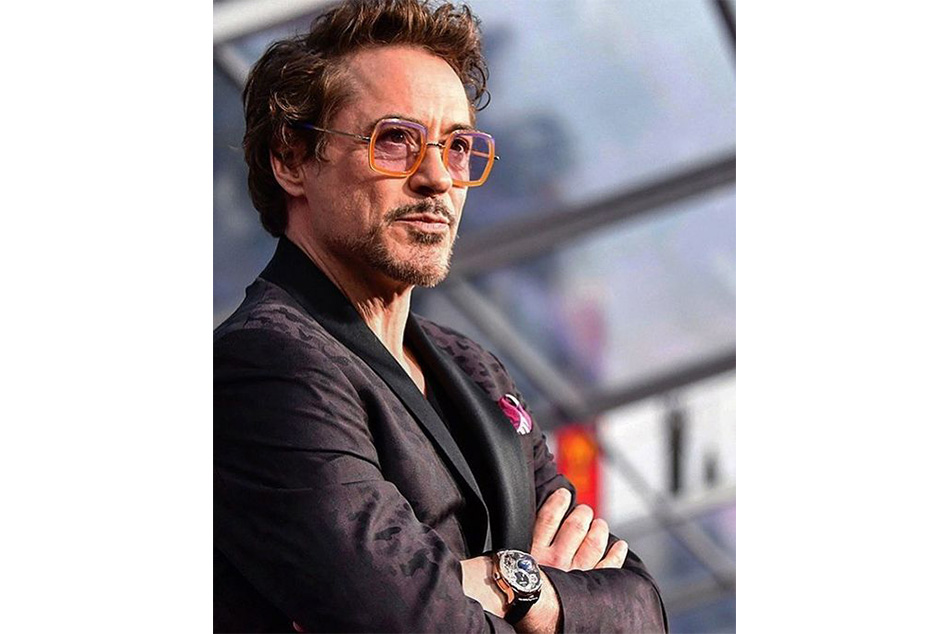 The tourbillon requires a more powerful mainspring to operate than a watch without it. That’s because, instead of the movement just moving the balance when the escapement unlocks, you have to move the mass of everything in the cage as well – balance, spring, lever and escape wheel. This causes a lot of stress on the device over time and will lead to excess wear and tear.

Space is another issue. Fitting a tourbillon inside a 50mm pocket watch (its original intention) is one thing; accommodating it in a 30mm wristwatch provides a whole new challenge. And, as manufacturing processes today use monometallic balances, which do not move once they are in position, the problem the tourbillon was designed to address no longer exists. Consequently, many believe this renders a tourbillon in a wristwatch useless. However, luxury watches are not just about precision of timekeeping, but the artistry of a watch’s design, so while the tourbillon may not improve the functionality of the watch, it certainly adds to its prestige and, therefore, remains a much sought-after complication.

Three of our favourites:

Patek Philippe 5207 Grand Complication – a very popular timepiece in the David Duggan showroom.  When it was launched in 2008, it was the only timepiece in the current collection to house a minute repeater, moonphase and tourbillon in the same watch. With its bright, electric blue dial and neat box housing for the day, date and month, it’s a hugely complicated watch with an understated look.

The Breguet Classique Tourbillon Extra-Plat Automatique 5377 – the thinnest automatic tourbillon in the world when it was first launched, our list of favourites would be remiss without an inclusion from the watchmakers that invented it. The tourbillon uses a lightweight titanium carousel and is helps the watch keep excellent time. With so much technology packed inside the thin case, it’s easy to overlook the immaculate guilloche work on the dial, which boasts four separate engine-turned patterns at work.

Patek Philippe 10 Day Tourbillon ref. 5101P – in typically modest Patek style, the tourbillon can only be seen and appreciated once you turn the caseback over, but is otherwise hidden, save for the word tourbillon printed on the dial. This model reference won the "Aiguille d'Or" Grand Prix at the Grand Prix d'Horlogerie de Genève in November 2003, and, with its long, sleek Art Deco case with distinctive triple-stepped sides, it’s easy to see how it has become a modern classic. 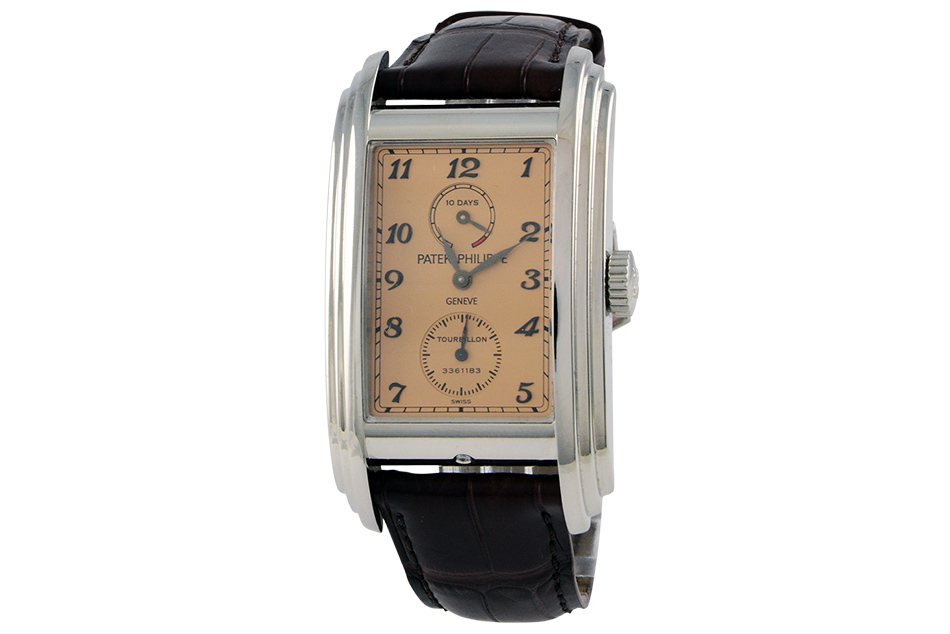 If you’re looking for advice on choosing a tourbillon, looking to start your watch collection or have a question about buying, selling or servicing a watch, do get in touch. We’d be glad to help.