Smart Versus Mechanical Watch: There's a Place for Both

The watch industry is no stranger to revolution. In the early-20th century, pocket watches became all but extinct following the rise of the wristwatch. In the 1970s, the introduction of the Quartz movement threatened to do the same for the mechanical watch, but it endured. Now, a third incarnation, the smartwatch, offering a plethora of digital functions that we apparently can’t live without, is taking the industry by storm.

So much so, that research from Strategy Analytic’s Wearable Device Ecosystems (WDE) service, shows global smartwatch shipments grew by 42% year on year in the third quarter of 2019 to reach a staggering 14 million units.

A Potted History of the Smartwatch

We may think of smartwatches as a relatively new invention, but they were, in fact, first introduced by Seiko back in 1984. Early wristwatch computers enabled wearers to take memos, schedule meetings and do basic calculations. A decade later, the Timex Datalink could communicate with PCs via wireless data transfer mode and, in 1999, Seiko brought out the first watch/computer combination. 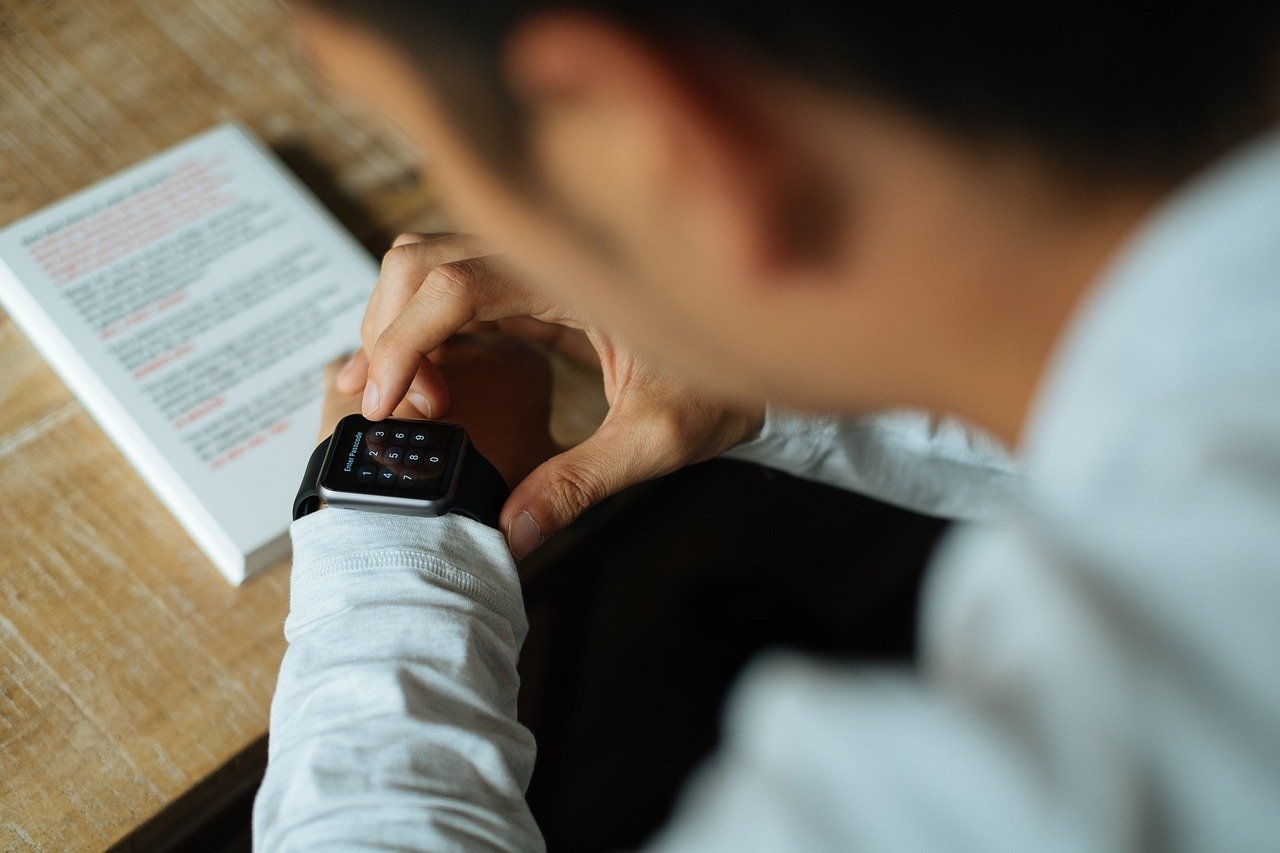 Computer companies began developing their own versions. In 2012, Pebble released the first modern smartwatch that could connect to a smartphone, offering silent notifications, access to email, the internet and apps, as well as infinite customisation through different watch faces. Tech giants Samsung, Apple and Google weren’t far behind and, in 2013, Samsung launched the Galaxy Gear. A year later, Google introduced Android Wear with the LG G watch, which added more in- and output options to the smartwatch experience.

And, then came Apple. In 2015, it launched the Apple Watch, introducing an integrated heart rate sensor, the ability to easily change watch bands, and the Apple Pay mobile and digital payment service. The rest, as they say, is history and the smartwatch market is now dominated by Apple (with 51% of global sales in the third quarter of 2019) and Samsung (in second with 13%).

What Can the Smartwatch Do?

Put simply, a smartwatch is a personal computer on your wrist and today’s models offer a wide variety of functions. They can run apps and play back all sorts of digital media, such as audio tracks or radio streamed to your Bluetooth headphones. Many have touchscreens for accessing things like a calculator, thermometer, stopwatch and compass. As with your smartphone, internet access means you are never out of touch (phone, messaging and email on tap), always know where you are (via its GPS navigation), and where you are meant to be (through calendar synchronisation). And, of course, a virtual assistant (Siri, Hey Google) is always on hand to give you a weather report or tell you who won the FIFA World Cup in 1986. Some watches even have more specialised functions. For example, athletes can track their lap times, distance and route, all while monitoring their heart rate, and sailors can track variables, such as speed, wind direction and wind speed. Oh, and did we mention? They also tell the time.

With all their obvious bells and whistles, not to mention the indisputable global sales stats, it’s clear that smartwatches are here to stay. So, what does this mean for traditional mechanical watchmaking? While it’s doubtful we’ll see the likes of Rolex and Patek Philippe bringing out their own versions of the smartwatch any time soon, other luxury brands, including TAG Heuer, Montblanc, Breitling, and Frederique Constant, have got in on the act in a bid to combine wearable tech with classical timekeeping.

Leading the way is TAG Heuer with its Connected Modular 45, which actually offers the wearer both the option to slot into its frame either an electronic smartwatch module or traditional automatic movement. With 56 different versions and more than 400 additional features, it’s certainly big on choice. Its closest competitor is the Montblanc Summit 2. Bespoke features include the exclusive Montblanc Timeshifter app, which provides personal advice to minimise the effects of jet lag, based on science used by astronauts and elite athletes.

So, how can the mechanical watch compete with all this state-of-the-art tech? The answer? It doesn’t have to and here’s why:

Firstly, the smartwatch is not without its shortcomings. Perhaps the most obvious is it’s another device that requires charging. The Apple Watch, for example, lasts about 1.5 days on a battery charge. Apart from the hassle of daily charging, removing the watch also means any data mining (such as activity, heart rate, or sleep analysis) is interrupted. The automatic mechanical watch, in contrast, has no need for batteries. It collects energy using a mechanical weight (the rotor) that moves inside the watch whenever you move your wrist. The rotor is connected via gears and axels to a hairspring that stores the energy. Through the regulator, this stored energy is released into the watch movement so that the watch maintains track of time. Some might say, it’s poetry in motion. 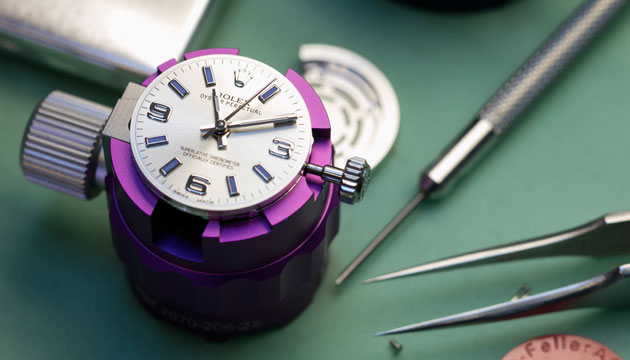 The lure of the luxury. When you buy a luxury mechanical watch, you are purchasing a piece of that brand’s history. Similar to expensive cars and vintage wine, these timepieces bring a sense of tradition and excellence. There’s a primal emotion we feel when drawn to analogue, mechanical technology that’s unparalleled by its digital counterpart. A Cartier Tank may not be able to tell you the date or the time in more than one country, let alone, your resting heart rate or the weather in New York, but its simplistic elegance, matched with an illustrious heritage, still makes it a marvel of fine watchmaking.

A mechanical watch can last a lifetime. So much dedication and attention to detail goes into creating a luxury watch. And since many have more than 100 moving parts they truly are feats of engineering. Cared for properly, and with regular servicing, these timepieces often become family heirlooms. As the slogan goes: “You never actually own a Patek Philippe, you merely look after it for the next generation.” Smartwatches, however, with their limited battery life and rapidly evolving technology (hardware and software), have to be replaced at about the same rate as a smartphone, which could be as often as annually or, at the least, every few years. No point saving that for the great-grandchildren.

The personal touch. Just like a beautiful piece of jewellery, a luxury watch is unique and special to the wearer. Collectors may have several for different occasions and purposes. For example, some are engineered to withstand extreme physical conditions, such as ocean depths (the Rolex Submariner), the harshest weather (Rolex Explorer), or record speeds (the Rolex Cosmograph). With such a wide spectrum of options, the choice of which watch to wear becomes so much more personal, and truly reflects your personality. Plus, a well-designed watch never looks outdated. 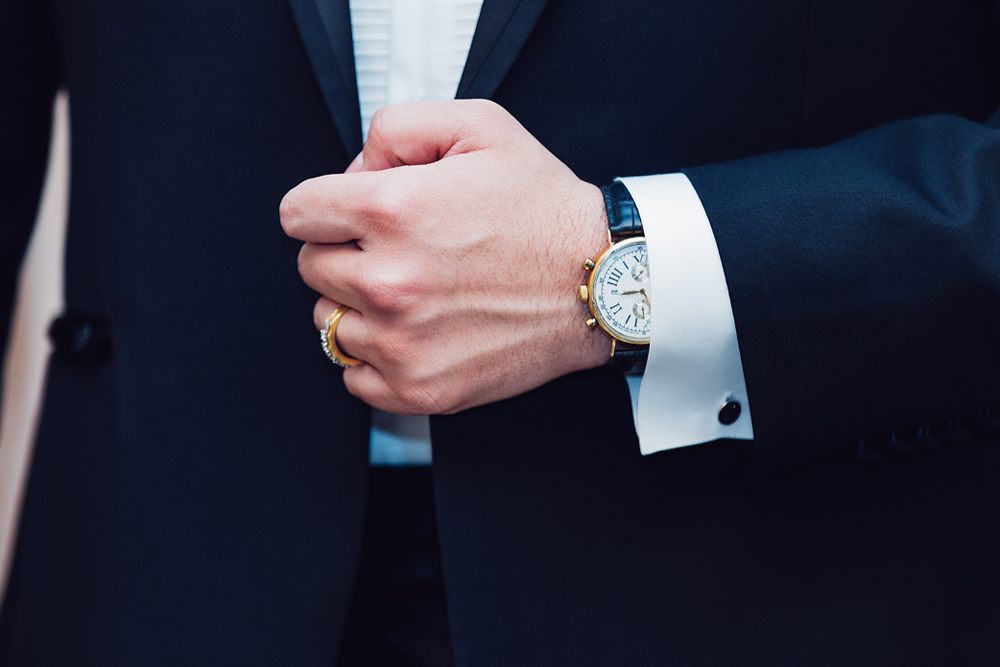 It’s an investment. Choose your mechanical watch wisely and it could yield impressive returns in years to come. Vintage watches, in particular, often make excellent investments. Consider the classic Rolex Cosmograph Daytona, positively rudimentary by today’s function standards – if you’re lucky enough to own one of the early four-digit references, you could be looking at values of around $100,000 today. Smartwatches, however, do not hold their value like traditional luxury watches and are likely to become less sought-after as newer models with added functions are released.

There’s no reason why traditional mechanical timepieces and ultra-modern smartwatches can’t coexist. Both have their place; after all, you wouldn’t wear an Apple Watch to a swanky gala, but, equally, you wouldn’t wear a Patek Philippe World Time for a jog. One offers all the latest tech to keep your life on track; the other is a piece of wearable art steeped in history. So, as the watch industry continues to evolve, mechanical watches aren’t in danger of being usurped, we simply have more choice on the market. What’s not to like about that?

Our expert team has more than 150 years’ combined experience in the complex field of horology and mechanical watches, so if you’d like advice on buying a pre-owned or vintage mechanical watch, then get in touch to make an appointment at the David Duggan showroom in Burlington Arcade, London.