For some it’s all about a watch’s provenance, others the mechanical artistry beneath the casing. But for some watch collectors it is the hands that sets one timepiece apart from another.

They are, of course, integral to watch design and function and, over the years, all the big brands have developed different styles. Some have even become an institution in their own right. But what you may not know is that in the long history of keeping time, watch hands are a relatively new phenomenon.

The very best hands both complement and elevate a watch’s overall aesthetic. So, here at One To Watch, we thought we’d take a closer look at six of our favourites.

The watch world has a lot to thank Abraham-Louis Breguet for – not least the tourbillion complication, which he invented in 1795, alongside his Breguet numerals, which first appeared just before the French Revolution. However, Breguet hands have become an icon in their own right, featuring on the company’s watch dials for more than two centuries.

Also known as ‘pomme hands’, this variety features what Breguet calls eccentric ‘moon’ tips and were designed by the master watchmaker as a way of making it easier for the wearer to tell the time. This being Breguet, they are also aesthetically beautiful. They were an immediate hit upon launch and continued to be a popular choice throughout most of the 19th century. While interest waned towards the end of the century, they returned to favour in around 1930 and have been a firm favourite ever since.

The Mercedes style is synonymous with one brand: Rolex. First introduced on its sports watches in the 1950s, there are a host of stories – none of which have ever been confirmed by the company – about how the name came about. 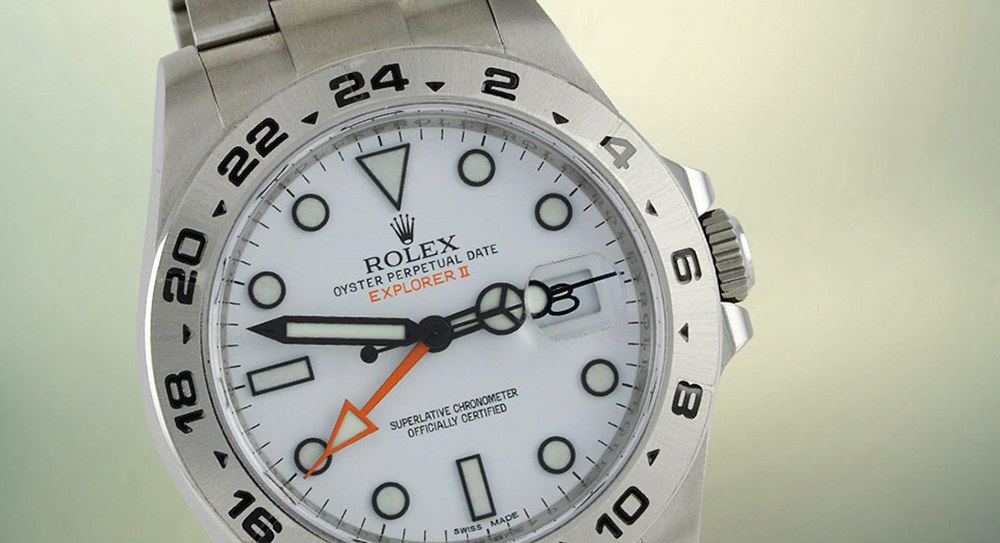 You’ll notice a remarkable similarity with car manufacturer Mercedes-Benz’s three-pointed star logo, with each point representing a different mode of travel – land, sea and air. And these three environments just happen to be places you might find someone wearing a Rolex Explorer, Submariner or GMT-Master. So, many believe that’s how the name came about.

The other popular theory is that they are named for Mercedes Gleitze who famously wore a Rolex Oyster during her 1927 swim across the English Channel. She went on to become one of Rolex’s earliest ambassadors, featuring in a host of advertising. Whatever the truth, there’s no doubt that these hands have become an integral part of the Rolex magic. 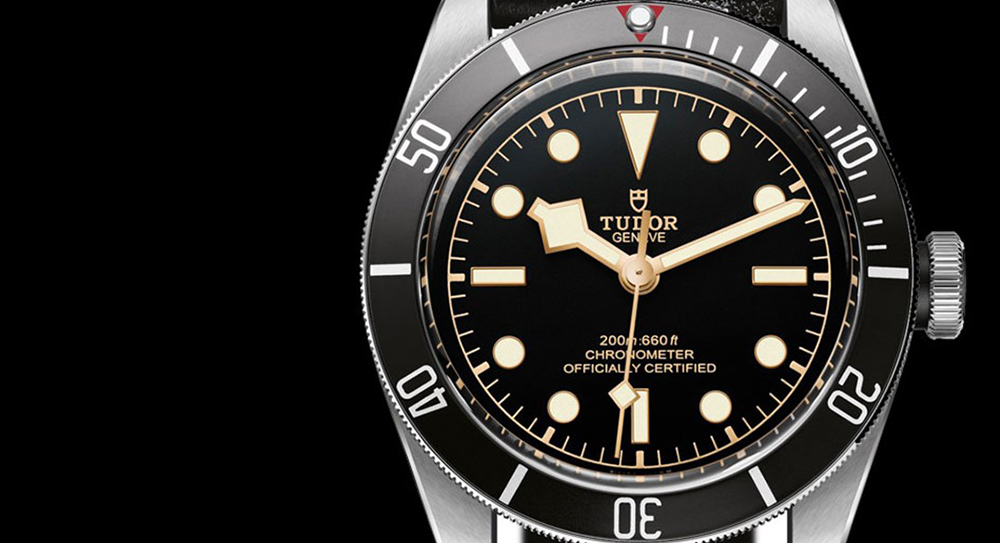 Like its sister brand, Tudor has a signature hand design – known as the snowflake – that it uses on its sports watches. The style was first introduced back in 1968 on the Tudor Submariner ref. 7016 and Submariner Date ref. 7021. Legend has it that Tudor developed the hands at the request of the French navy, who had been testing its diving watches since the late 1950s. The idea was to create a bigger surface area for the luminescence. In addition, its plain minute hand and diamond-headed stubby hour and long seconds hands were designed to help divers easily identify one hand from another in murkier conditions. That diamond shape quickly earned the hands their snowflake moniker and it’s still in use half a century later. Today, the hands feature on the Tudor Pelagos and the Black Bay. David has long been a fan of Tudor watches and his is the only showroom in the UK to offer both new and pre-owned vintage Tudor watches. 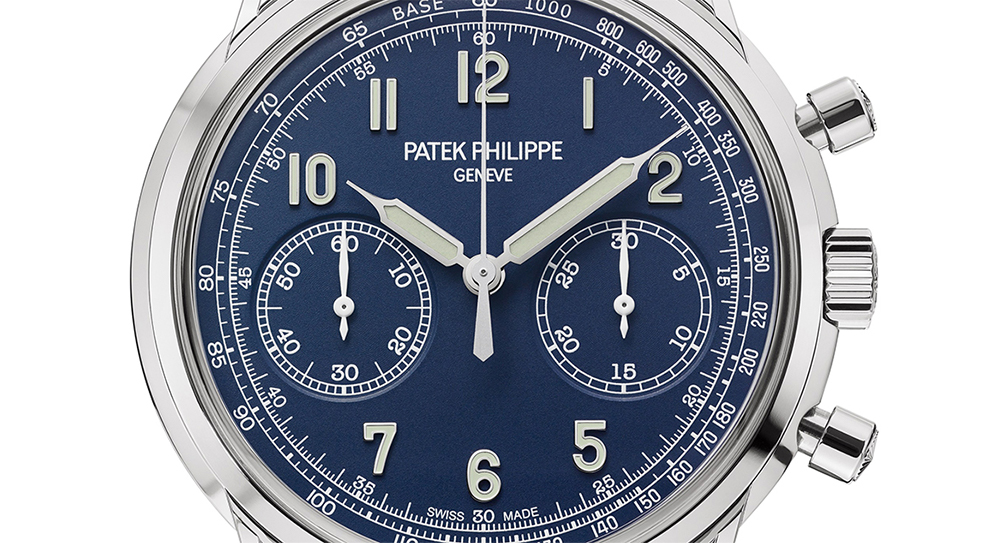 As their name suggests, these hands are all about medical-like precision. Typically seen on Patek Philippe watches, these beautiful hands feature a barrel-shaped body with that needle-sharp pointer. Meaning that there’s no excuse for being late! The exact provenance of the syringe hand is difficult to ascertain, although they can be found on vintage Omegas from the 1940s. At the 2019 Baselworld exhibition, Patek Philippe unveiled the striking ref. 5172G, a white gold chronograph with blue dial and luminescent white gold Arabic numerals and syringe hands. The watch was one of David’s top picks from that year’s show. 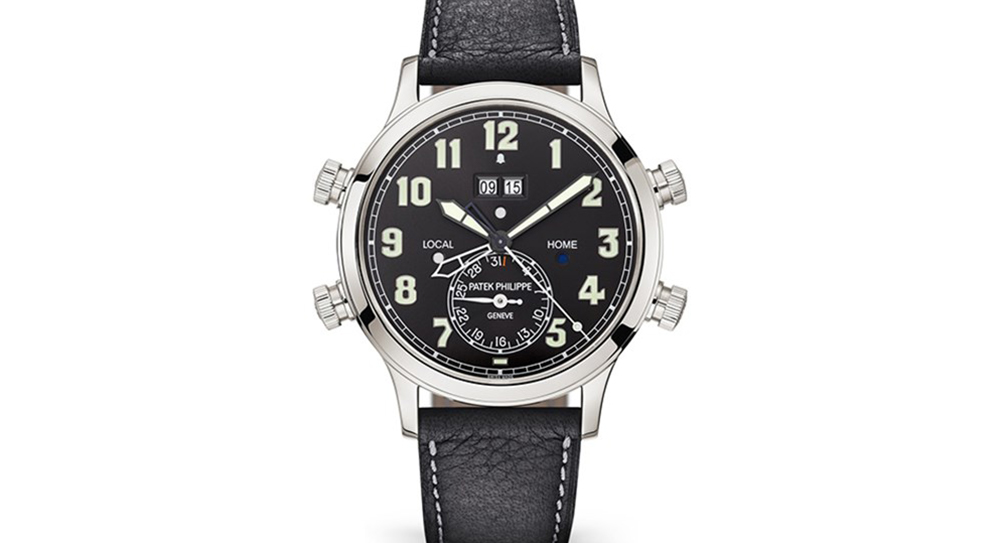 As the name suggests, these hands have a more traditional feel. They were designed, it’s thought, to put one in mind of a beautiful stained glass cathedral window. Hence the name. Some cathedral hands are designed with a skeletal look adding to that sense of drama you feel whenever you see a beautiful cathedral window. These hands tend to be found on military and pocket watches and it’s thought Rolex’s Mercedes hands are a direct descendant of this style. 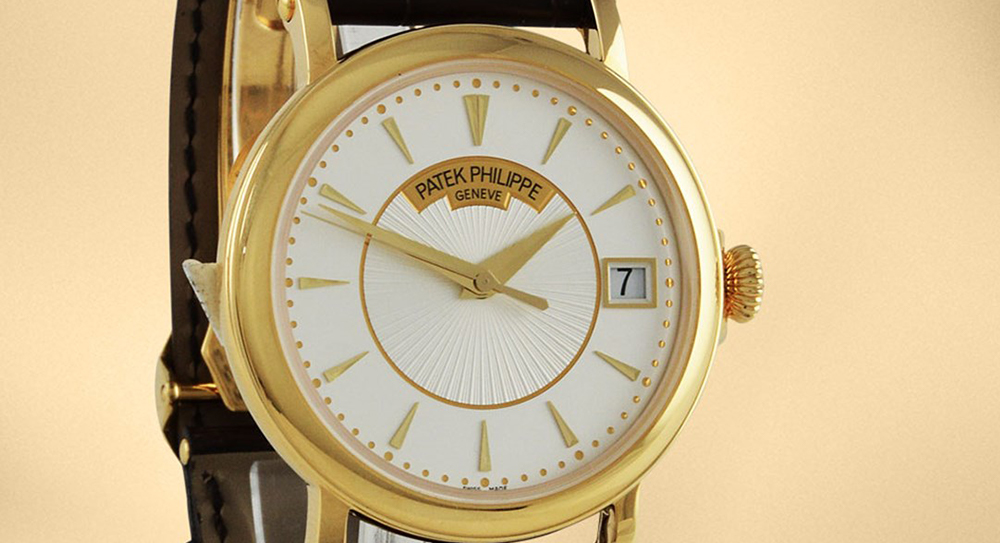 We finish with another traditional, and perennially popular, style – the dauphine. Developed in the 1940s and named after the French word for the eldest son of the king, these hands feature a classic tapered triangular shape. Another story suggests that the word ‘dauphine’ comes from dolphin and that the hands reflect this marine mammal’s sleek shape. Like so many other aspects of this business, we’ll probably never know the truth, but it’s always fun to wonder. These hands tend to look most beautiful on simple dress watches.

If you’re a watch collector looking for a timepiece with a distinctive style, it’s worth getting to know your different hand shapes. If you’d like more advice, do get in touch with the David Duggan Watches team and we’d be happy to help.