When we think of egg-shaped timepieces, the name Peter Carl Fabergé immediately comes to mind, but 300 years before the Russian master jeweller was crafting exquisite trinkets for the Imperial Family, the German city of Nuremberg was the birth place of the first portable clock, an elliptical ‘watch’ dubbed the Nuremberg Egg. Shrouded in mystery, this quirky part of horological history was, nonetheless, pivotal in bringing about the timepieces we wear today. Here, we attempt to shed some light on this early prototype of the pocket watch. 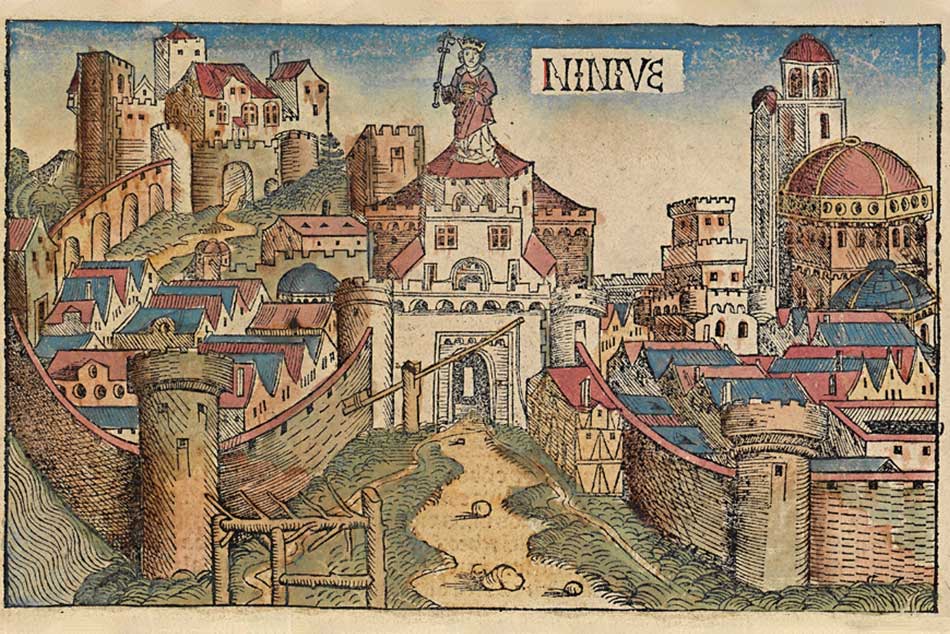 How it all began

In the early part of the 16th century, the free city of Nuremberg was the most wealthy and powerful in Europe, leading the way in art and craftsmanship. The city was especially famous for the inventions of its locksmiths (watchmakers did not exist back then), one of whom, Peter Henlein, is credited by most historians as being the father of the pocket watch, though not without controversy. By miniaturising the torsion pendulum and coil spring mechanism found in some domestic clocks, he was able to create a portable watch driven by wound-up clockwork rather than cumbersome weights. Henlein’s invention would be instrumental in the development of portable timepieces.

Indeed, three types of clock-watches were made in Nuremberg in the early-16th century. They included high cylindrical drum watches, or ‘dosenuhr’, used as table clocks or carried in a purse; flat versions of the same timepiece worn around the neck; and spherical watches in small pomanders (perfume boxes), known as ‘bisamapfeluhr’, that were worn on the wrist or around the neck.

From around 1580, an oval version of the dosenuhr, called the Nuremberg Egg, rose in popularity. 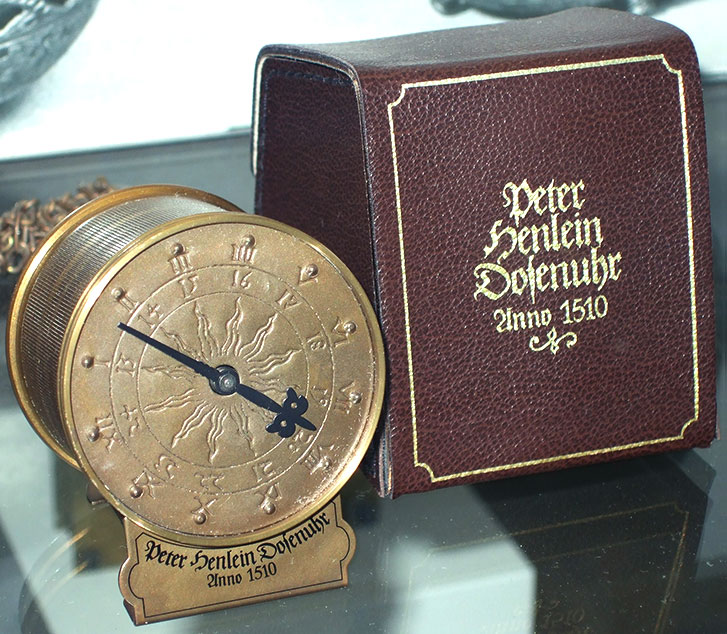 Replica of the drum watch or 'dosenuhr' by Peter Henlein. (Exhibition of the watch collection Karl Gebhardt in Nuremberg.)

What is a Nuremberg Egg and how did it get its name?

The Nuremberg Egg was an early clock-watch worn attached to clothing or around the neck. Its oval shape evolved from the original heavy cylindrical brass boxes made in Nuremberg that were several inches in diameter, engraved and ornamented. They only had an hour hand and the face was not covered with glass but usually had a hinged cross cover that was pierced with grillwork so that the time could be read without opening it. Made of iron or steel, the movement worked through a mainspring that gradually unwound, providing energy that moved the hand. It usually had to be wound twice a day. 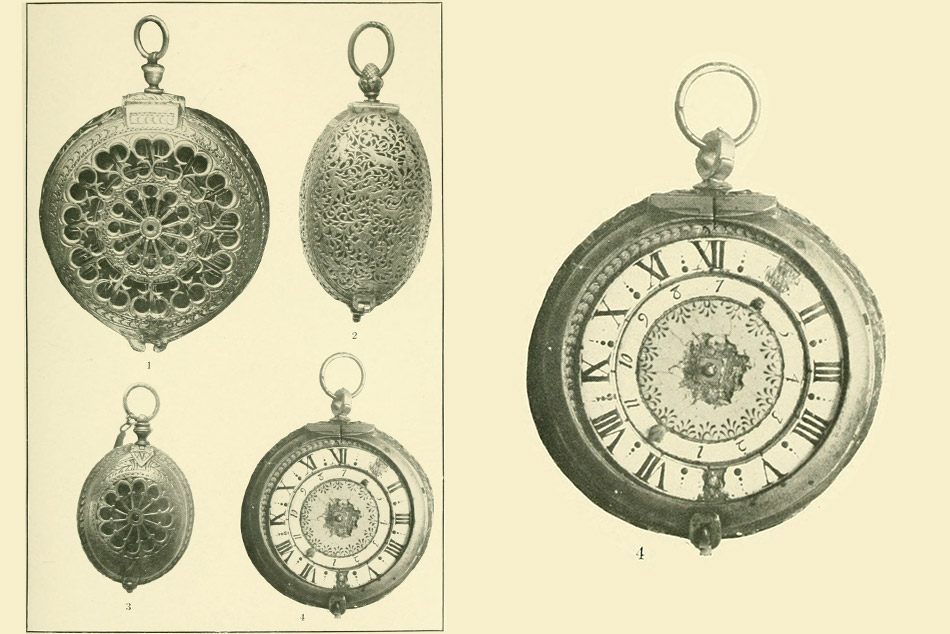 Many believe they are so named because of their shape, but there is another school of thought which suggests that it may just be the result of confusion in the translation of the German word ‘ueurlein’, meaning ‘little clock’ with ‘eyerlein’, meaning ‘little egg’. Spoken in English, the two sound very similar. Whatever the reason, the name stuck. 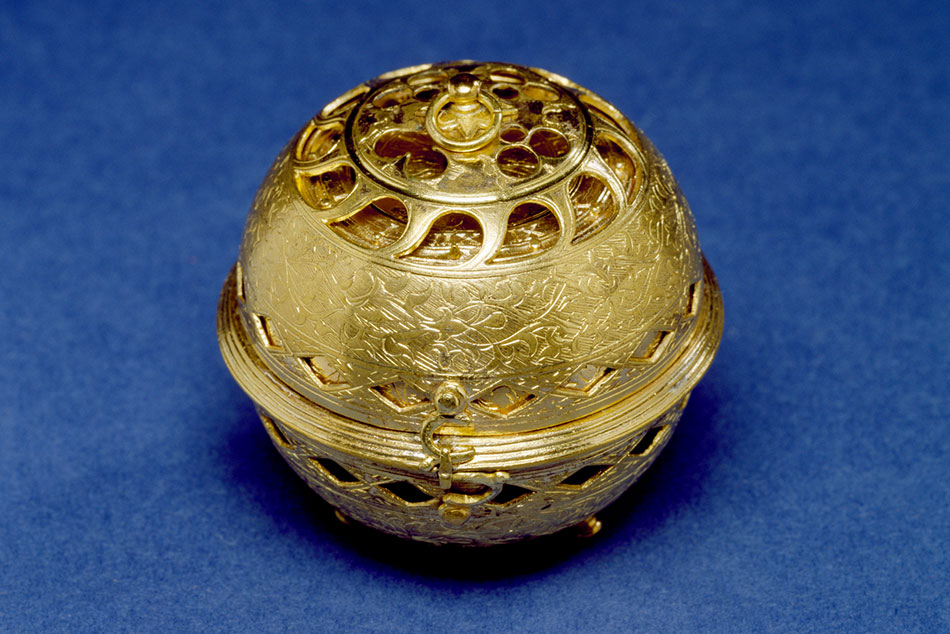 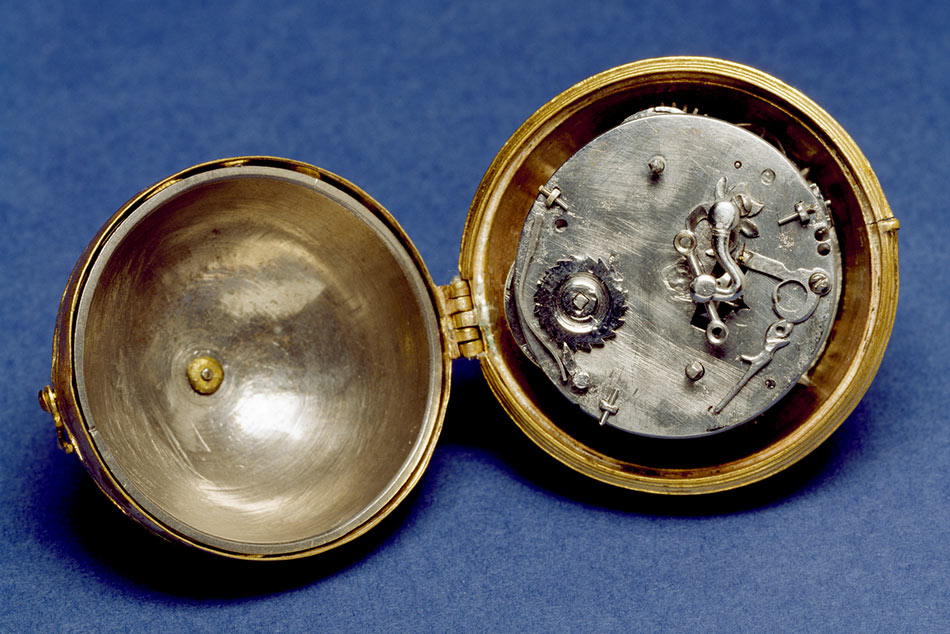 Spherical table watch: One of the earliest dated watches known. Engraved on the bottom with "PHIL[IP]. MELA[NCHTHON]. GOTT. ALEIN. DIE. EHR[E]. 1530" (Philip Melanchthon, to God alone the glory, 1530). There are very few watches existing today that predate 1550; only two dated examples are known - this one from 1530 and another from 1548. There is no watchmaker's mark, although Nuremberg is considered the birthplace of spherical watches (called "Nuremberg Eggs"). A single winding kept it running for 12 to 16 hours, and it told time to within the nearest half hour. The perforations in the case permitted one to see the time without opening the watch. This watch was commissioned by the great German reformer and humanist Philip Melanchthon (1497-1560). Walters Art Museum [Public domain]

How useful were they?

In short, not very. The accuracy of their verge and foliot movements was so poor that they often had errors of several hours per day and, as such, a second hand would have been rendered pointless. Rather than worn to tell the time, they were made as jewellery for the nobility (the only people who could afford them), valued for their fine ornamentation, unusual shape and intriguing mechanism. They were status symbols and their timekeeping accuracy was really of little importance. This does not detract, however, from the crucial role they played as forerunner to the pocket watch. Without their early crude mechanisms, more sophisticated timepieces may not have come about.

Sadly, no examples of these egg-shaped wonders of the horological world survive today, though there is record of a gilded ‘pomander watch’ made by Henlein in 1505.

How the pocket watch evolved

So, how did we get from these rather cumbersome forebears of the pocket watch to the sleek and eminently more wearable timepieces with which we are familiar today? It seems we can thank King Charles II for this evolution, for it was his introduction of the waistcoat to court in 1665 shortly after the restoration of the monarchy that really saw the pocket watch as we know it take off. A derivation of the Persian vests seen by English visitors to the court of Shah Abbas, the waistcoat even won a royal decree, which was recorded by the diarist Samuel Pepys. 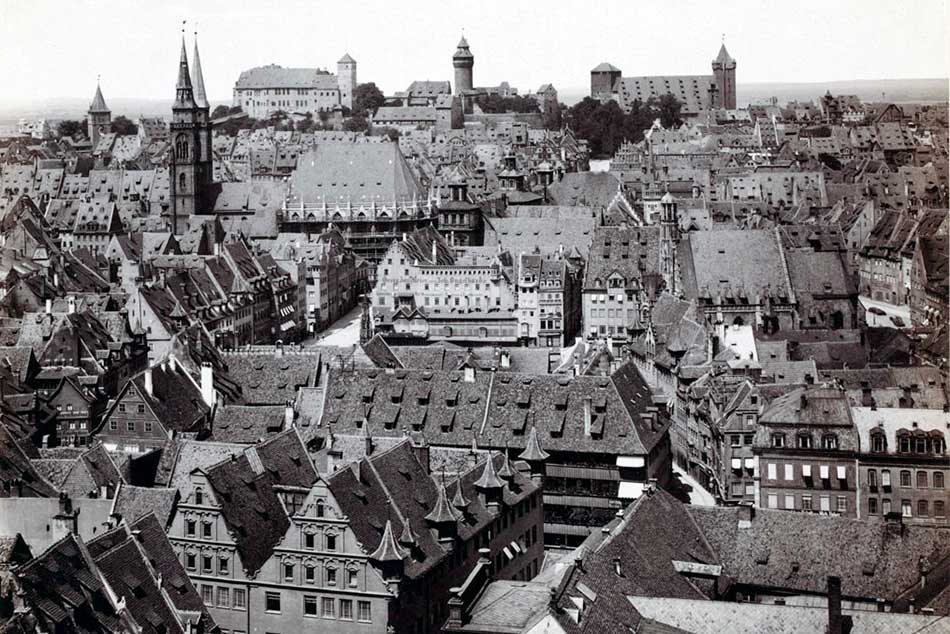 With the introduction of this slim-fitting garment, watches were altered to include a flattened back in order to easily fit into the waistcoat pocket. So popular was this new design that it has remained virtually unchanged in pocket watches over the years.

But, while an English king’s fashion fancy may have influenced these enduring timepieces, it’s the forgotten locksmiths of Nuremberg that we have to thank for their early egg-shaped origins.