A guide to: Alarm Complications

What is an alarm complication?

This watch complication allows the wearer to set an alarm at any point in a 12-hour period.

The first fully functioning mechanical alarm watch was developed by watchmakers Vulcain in 1947.

An independent alarm hand, connected to a notched cam underneath the dial, is set to any time in a 12-hour period. When the desired time is met, the cam activates a lever, releasing energy from the mainspring to power a hammer that strikes against a membrane creating sound. Once the alarm rings, the time is reset, the mainspring must then be re-wound and the process can be repeated.

Vulcain’s original model  ̶  called the Cricket because of the sound it made when the hammer oscillated against a ‘gong’ up to 1,300 times in 25 seconds  ̶  contained a hand-wind calibre (120) with two barrels; one for the mainspring powering the movement and another with a mainspring to drive the alarm. Using a single winding stem, both barrels could be charged by turning clockwise for one and anti-clockwise for the other. Another crown was used to set the time by turning it in one direction and the alarm position by turning it the opposite way. A pusher enabled the wearer to stop the alarm, rather than letting it run until all power was released.

In 1908, a company called Eterna took out a patent for an alarm wristwatch, which it began to produce in 1914. However, erratic timekeeping caused by the alarm’s vibrations, the resultant chime or vibration being too quiet, and even the alarm taking too much power away from the main mechanism meant the concept didn’t really take off.

That is until 1947, when Swiss watchmaker Vulcain managed to perfect the complication and installed an alarm on the now-legendary Cricket. It featured a double case back system, one of which had four holes in it to allow the sound to escape, aiding audibility. Accuracy was improved by reinforcing the case screws with washers to stop them from loosening and the regulator was held in place by a lock to combat the effects of the alarm vibrations. A separate barrel from which the alarm could store and draw energy meant it could chime for considerably longer than previous models. It was so successful that every single alarm watch calibre since the Cricket has been based on the same principle.

In the early-1950s, Jaeger-LeCoultre, whose Memovox line was originally in direct competition with the Cricket, decided to take the complication a step farther and introduced the first alarm watch with automatic winding. The Memovox Automatic used a bumper rotor around the perimeter of the movement to wind the mainspring of the main movement, with the alarm mainspring still wound by hand via the crown. Jaeger-LeCoultre didn't stop there, however, eventually making a full-rotor wound Memovox, modernising the alarm mechanism and creating a number of related watches. These include the famous Deep Sea Alarm, Polaris and Amvox.

Unfortunately, the arrival of quartz and digital watches in the 1970s had a devastating effect on the mechanical alarm watch and it never really recovered. For enthusiastic collectors, however, it remains a real gem among watch complications. And, if you know what you are looking for, there are treasures to be found. In 2015, US watch collector Zach Norris came across a rare Jaeger-LeCoultre Deep Sea Alarm watch from circa 1959 in an Arizona flea market that he bought for $5.99. He would go on to sell it for $35,000.

As well as being a bastion of the horological world, the Vulcain Cricket boasts some pretty impressive fans. No fewer than four US Presidents wore the watch. When President Truman left office in 1952, the White House News Photographers Association presented him with one. His successors, Presidents Eisenhower, Johnson and Nixon, also wore the model. Indeed, Johnson was such a fan that he is thought to have bought 200 while on a trip to Geneva to give to members of staff and esteemed guests.

Jaeger-LeCoultre tried to turn his head with a custom Memovox engraved with the US Presidential seal, but, according to legend, it didn’t work and Johnson is said to have given it to an immigrant he was sponsoring for citizenship. But the Memovox has not gone short of famous fans, with many celebrities - from silent movie star Charlie Chaplin to modern-day Hollywood heavyweight Benedict Cumberbatch - opting to wear this elegant alarm watch.

While Vulcain was able to overcome the major obstacles to developing the alarm complication, it has not been entirely without problems since. Hand winding of the mechanism’s two barrels, though not exactly an issue, requires diligence by the wearer. By opting for only one barrel in its Lemania-powered Memomatic, Omega was able to save space inside the watch and avoid the risk of the mainspring being completely exhausted by a single burst of the alarm. Once triggered, it only sends power to the hammer for a single rotation of the barrel. It is also the first alarm wristwatch that could be set more accurately than to just the nearest quarter of an hour.

And, the automatic winding function of the Jaeger-LeCoultre calibre 815 Memovox has not been without its own challenges. As the alarm is still wound separately from the rest of the movement, the fact that there is no on/off switch for the alarm means it is always set within 12 hours when the watch is running. Obviously, this could prove problematic when you don’t want an alarm to go off.

In honour of the mighty alarm complication, here are three of our favourites:

Tudor Heritage Advisor (Havana dial): an exceedingly popular watch in our showroom and often found on David Duggan’s wrist, this is a modern incarnation of the 1957 classic Tudor Advisor ref. 7926. With dauphine hands, beautifully proportioned dial and baton style indices, the overall effect is one of utility and elegance. It even has a power reserve indicator. 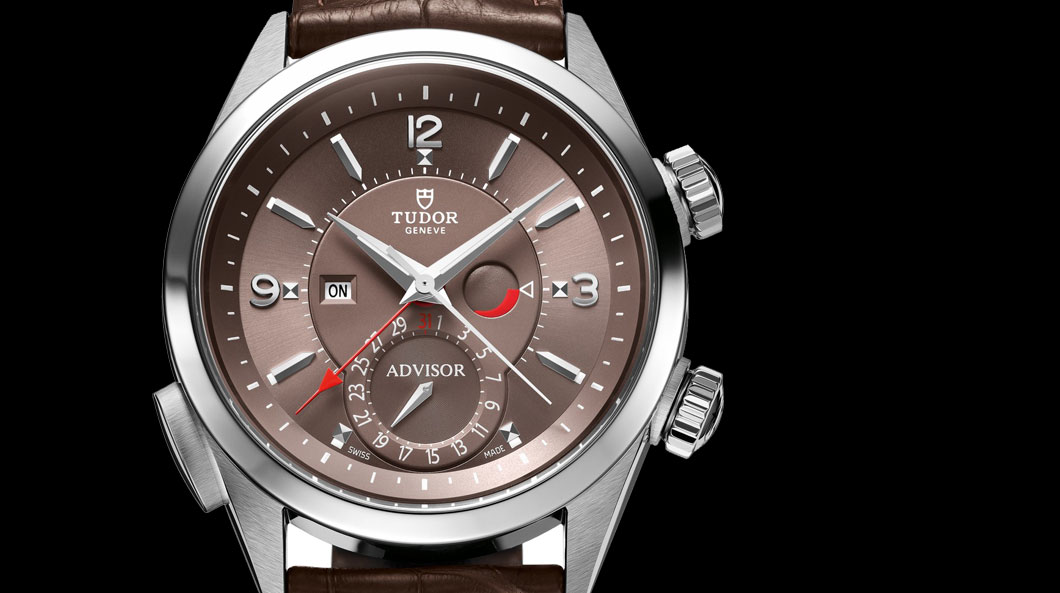 Jaeger-LeCoultre Memovox: an instant hit when first introduced, the alarm function in this lovely timepiece is integrated elegantly and unobtrusively into the inner dial. So well, in fact, that you would be forgiven for missing it altogether. The collection has inspired numerous variations over the years, including the Memovox Deep Sea, launched in 1959, complete with an alarm to remind divers that it was time to ascend. 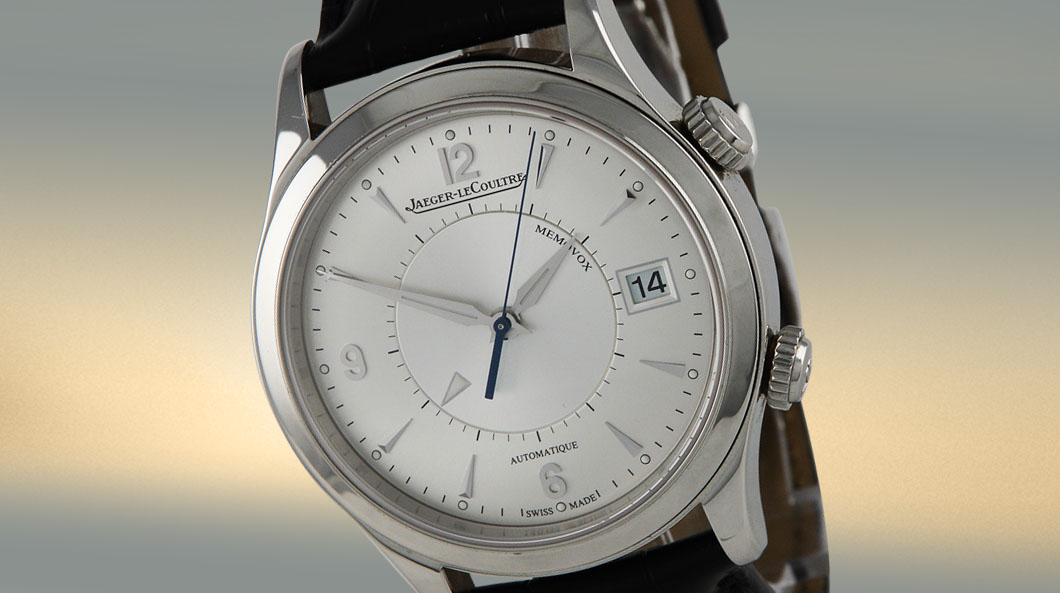 Omega Seamaster Memomatic ref. 166. 072: with its highly distinctive flightmaster case and paired back dial, this 1970s vintage model is an unfussy classic. Its orange, grey and black accents make it, at first, reminiscent of the 1970s Tudor Monte Carlo watches and add to its robust, utilitarian aesthetic.

Find out when the very first alarm function was thought to have been invented in the David Duggan 35th anniversary guide to complications.

If you are looking to buy or sell a luxury timepiece, or just in need of some advice, please don’t hesitate to talk to the David Duggan team or visit us at our Burlington Arcade showroom in Mayfair, London. We look forward to seeing you.