After 35 years in the business, David Duggan has got to know some of the pre-eminent voices in the watchmaking world very well. Voices like Ross Povey – widely regarded as one of the world’s most knowledgeable experts in Tudor watches. Indeed, Ross is known as Mr Tudor in watch collecting circles. He and David first came across each other when David became an Official Tudor Retailer and the only showroom in the UK to offer both new and pre-owned vintage Tudor watches. Given the pair’s shared passion for the brand, One To Watch sat down with them both to find out a bit more about what makes Tudor so special and what they make of the market right now.

One to Watch: Since launching both new and vintage Tudors in the showroom, how is the market for them going?

David Duggan: Well, it’s getting stronger and stronger! We’re being told they’re now the sixth-largest brand in Britain. I think their link with sport, in particular, rugby and the New Zealand All Blacks, has been very successful.

Ross Povey: I think making the All Blacks brand ambassadors was genius because Tudor tied that link into their Black Bay Dark watch, which was just brilliant. And, now there’s the new very limited-edition All Blacks chronograph.

DD: Yes, Tudor launched a black limited-edition version of its Black Bay Chronograph to celebrate the 2019 Rugby World Cup. Apparently, 1,184 men have played for the All Blacks since 1903, so Tudor brought out 1,184 watches in this model and they will only add more when the All Blacks introduce new players. On average, that’s about six a year. 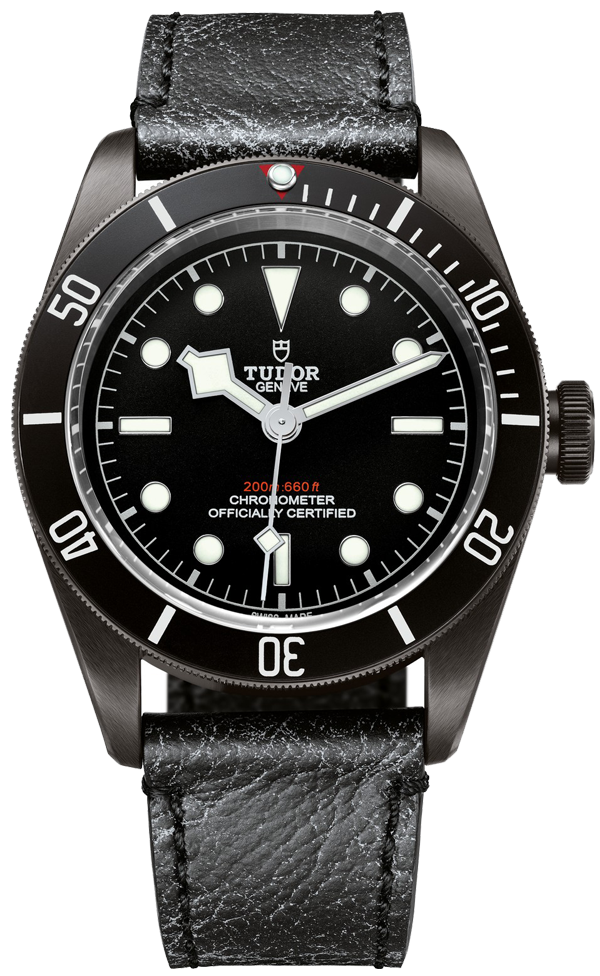 OTW: What else can you tell us about the Tudor market at the moment?

RP: For me, the interesting thing is the brand recognition. That wasn’t there before. Now, a lot of people, non-watch people, talk to me about their interest because they’ve seen David Beckham wearing the Black Bay Steel and Gold. I also think that’s partly responsible for the resurgence in two-tone steel and gold watches generally. Beckham and Lady Gaga both became Tudor ambassadors in 2017 and they’ve been brilliant for the brand.

DD: I agree, I think they’ve made Tudor cool and young. I notice young guys are coming in asking for Tudor now.

RP: There’s something to be said for the fact that these watches are affordable and available, too. Mind you, there are some watches, like the Black Bay 58, that are very difficult for most dealers to get their hands on. The Black Bay Chrono Dark is obviously the watch that everybody wants now. But, generally speaking, you can buy a Tudor pretty easily. I think they’re probably punching above their weight in the £3,000 bracket. There isn’t another watch close to it for that money. David always talks about Tudor being the Robin Hood of watches; they give something back to the punter.

OTW: And, of course, Tudor has the benefit of the Rolex connection…

DD: It’s still not very widely known – I get people coming into the showroom and asking if there is a link between them. That’s one of the big benefits – you get a watch that has had access to all the Rolex patents and craftsmanship at a fraction of the cost.

OTW: As you mentioned, Tudor chose Lady Gaga as one of their brand ambassadors, the first female to promote the brand. How do think women have influenced the market?

DD: I think women have played a big part in the past 10 years on the styling of watches. Fashions have changed, with many women preferring larger watches to traditional delicate designs. I first saw the trend in the early-1990s, when I’d go to Nice and see women wearing Patek Chronos. Or I’d see them with steel and gold Submariners and I’d think, “Wow, how cool is that?” It’s a more recent phenomenon in London, where there’s been a rise over the past five years of women wearing big sports watches in steel and gold.

RP: It’s a big thing. Between 2000 and 2002, Rolex produced the Daytona Special Edition that was originally promoted towards women – I think partly because the Italian market was so big for women wearing men’s-sized watches. There were four in the series, nicknamed ‘The Daytona Beach’. One had a dial made of a slice of turquoise, one from a slice of chrysoprase, both hardstones, and then a pink and a yellow mother-of-pearl dial and they were each sold with matching leather straps. Just brilliant. I love modern Daytonas nearly as much as the old Tudor military watches!

OTW: Do you have a favourite Tudor?

DD: I like it because it’s just different. Over the years of being in this business, I’ve seen that anything that’s a little bit unusual is often a winner. I remember a Patek Philippe with a big moon face but, because it was so large, nobody wanted it. I wore that watch all through the ’90s and its value never changed [always around £15,000 to £20,000]. Then suddenly, with the rise of the Patek Panama, the big watch market got going and it was in favour.

RP: I agree. This big bruiser is now being described as an all-time classic and one of the most beautiful watches ever made. I think my favourite is the Heritage Homeplate – I own a beautiful one, but I can’t really wear it because it’s quite delicate. 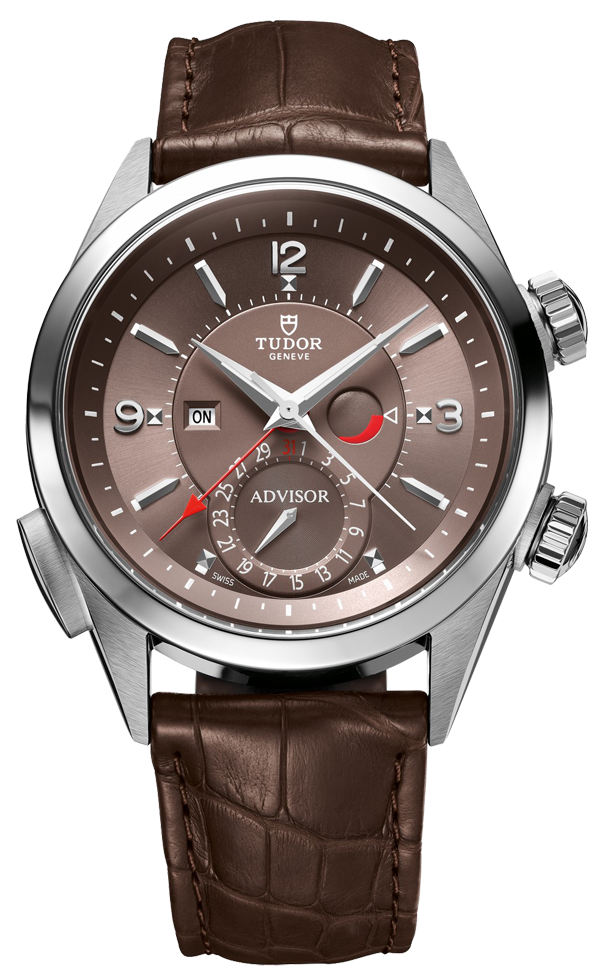 OTW: With all your experience in this industry, do you get a feel for certain watches that are likely to take off?

DD: You knew the All Blacks one was going to be big straight away, didn’t you, Ross?

RP: Yes. Traditionally, what collectors hate is to bump into somebody in the room wearing the same watch. But now, for the younger generation especially, that can actually work. If you’re out wearing a Black Bay and someone else in your group has one on too, you might say: “Yes, we’re Black Bay cool.” It has really attracted a younger crowd. But I think the older, more discerning collector still wants to have something unique, or at least very rare.

OTW: So, picking up on that new versus vintage point, do you have any advice for people who are interested in the Tudor market? Are there any particular advantages to either?

RP: I think one of the great things that Tudor did was create modern watches that look similar to their vintage models. For example, the Black Bay closely resembles the iconic ‘Snowflake’ Submariner, which, like many vintage Tudor watches, has become very expensive. The less valuable Black Bay provided a dive watch that could actually be worn on the beach and in the pool and not just kept in a box as a collector’s item.

They’ve done the same with the ‘Homeplate’ Chronograph, too. If you were going to ask me what the best Tudor watch to own is, I would probably say a nice Homeplate Chronograph from 1970. It was Tudor’s first chronograph and it was big for the time, with a 40mm case. David’s had a number over the past few years.

They’re very, very desirable. What’s brilliant is the Heritage Homeplate watch, at first glance, looks identical to the vintage model, but it costs £3,000 or £4,000 and it’s waterproof. Whereas, a really nice vintage, with its box and papers, can sell for up to £30,000. But you’d probably have to keep it in a vault to protect that value.

DD: That’s an interesting point you’ve made there. Tudor were far more adventurous with their dials and their hands in the ’60s and ’70s and they still look great alongside today’s models. It was almost as if Rolex were using Tudor as a test bed.

RP: Yes, I think they were. 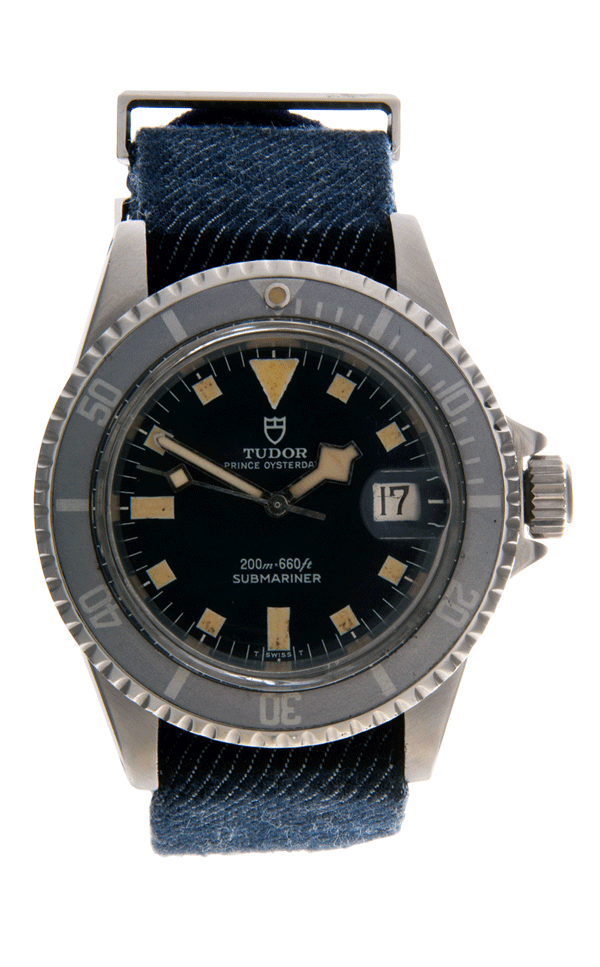 OTW: So, Ross, if you could own any Tudor watch ever made, what would it be?

RP: There are so many great watches. I love military Tudors and I’ve been very fortunate to handle and buy from original divers. Over the years, I’ve built up my knowledge and understanding of these watches through research and speaking to people. Tudor’s South African MilSubs are special watches, but if I had to choose one watch to own, it would probably be a black Homeplate. The watch was made in grey with a grey dial and orange accents, but there are some very rare black dial versions. I think they’re probably the top of the Tudor tree at the minute.

If you are interested in Tudor watches, from vintage models like the Monte Carlo chronographs of the ’70s to the most current offerings from the men’s collections at Baselworld, check out our Tudor collection, or get in touch to make an appointment at our showroom in Burlington Arcade, London.