For many in the northern hemisphere March signals a switch in seasons – the days get longer and the first signs of spring appear. For watch lovers, though, March means just one thing – Baselworld.

Smaller than previous years, but no less fascinating for it, Baselworld 2019 was less about technical prowess – although Patek Philippe did manage to throw in two new complications – and more about revisiting and revising some old favourites.

As ever, David Duggan travelled to the Swiss city of Basel to take a look at the very latest in horological innovation. Here, he shares a few of his highlights.

And what an archive they have to draw on. This year, the manufacture released updates on not one, but five classic models – the Yacht-Master, Sea Dweller, GMT Master II, Day Date and Day Just. 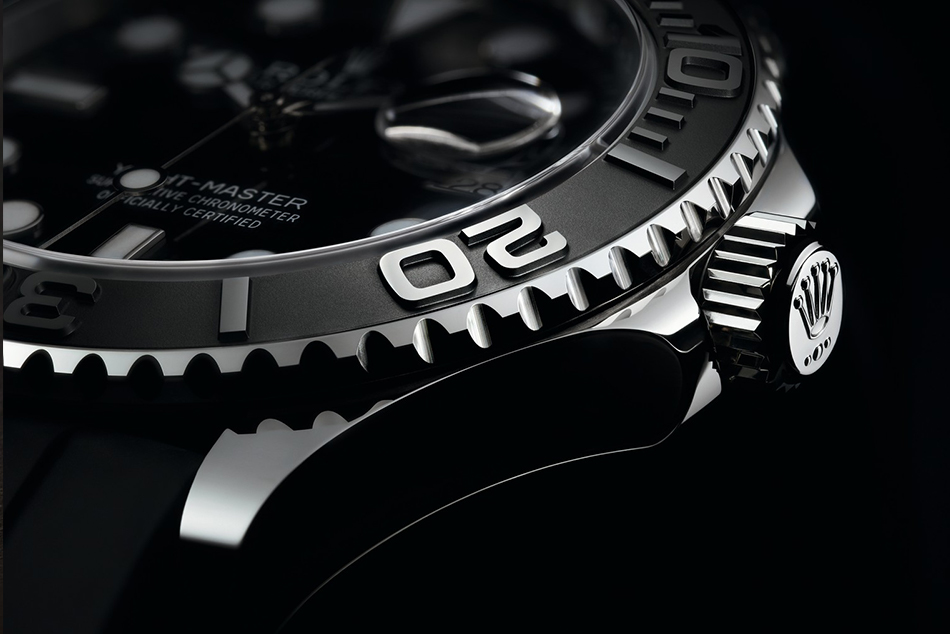 The new Sea-Dweller is worthy of note as it’s the first time we’ve seen an 18ct gold version in this range. But it was the Oyster Perpetual Yacht-Master 42 that got everyone talking. It features a gorgeous, white gold and matte black Cerachrom bidirectional, rotatable bezel with this really tactile edge that makes it easy to grip. The numbers and markings have been moulded into ceramic and then polished, which just gives the piece this wonderfully solid feel. And it features Rolex’s ultra-practical Oysterflex bracelet. It’s got a real military feel about it, although it’s one of those watches you could wear with almost anything.

And, of course, the brand has a long sailing heritage to draw on. For instance, Sir Francis Chichester wore an Oyster back in the 1960s when he singlehandedly circumnavigated the globe west to east. He even wrote a letter to Rolex that said the watch had been knocked off his wrist a few times but never sustained damage. So this is meant to be a really robust, precise timepiece. The Yacht-Master range has never really been one of my favourite collections but I do love what Rolex has done with this model. 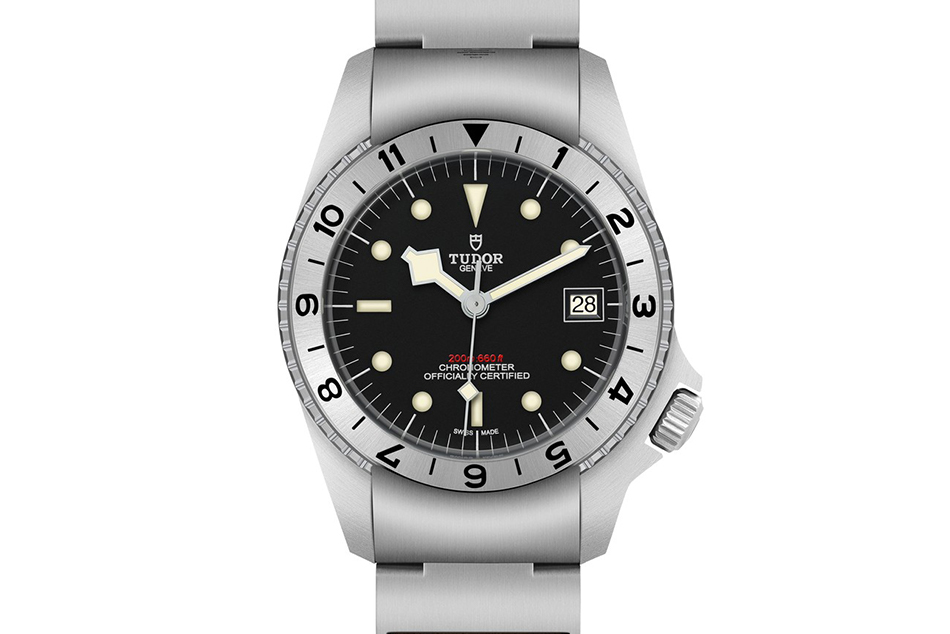 The designers at Tudor also raided the archives this year to create a lovely timepiece called the Black Bay P01. It’s based on a legendary prototype that the manufacture developed in the late 1960s, which it hoped the US Navy would use to replace the Oyster Prince Submariner ref. 7928. Tudor actually made a number of prototypes and even gave the project a code name – Commando.

Despite applying for a patent on the hinged end-link system that made it easier to maintain the watch, development was eventually shelved because the navy started using the ref. 7016 – Tudor’s divers’ watch – instead. Basically, the P01 borrows from the original concept, creating a stop system for the bidirectional rotating bezel. It’s a great touch. It’s also waterproof to 200 metres and includes hours, minutes, seconds and date functions. Black really is the order of the day this year, with the P01 featuring a domed matte black dial. 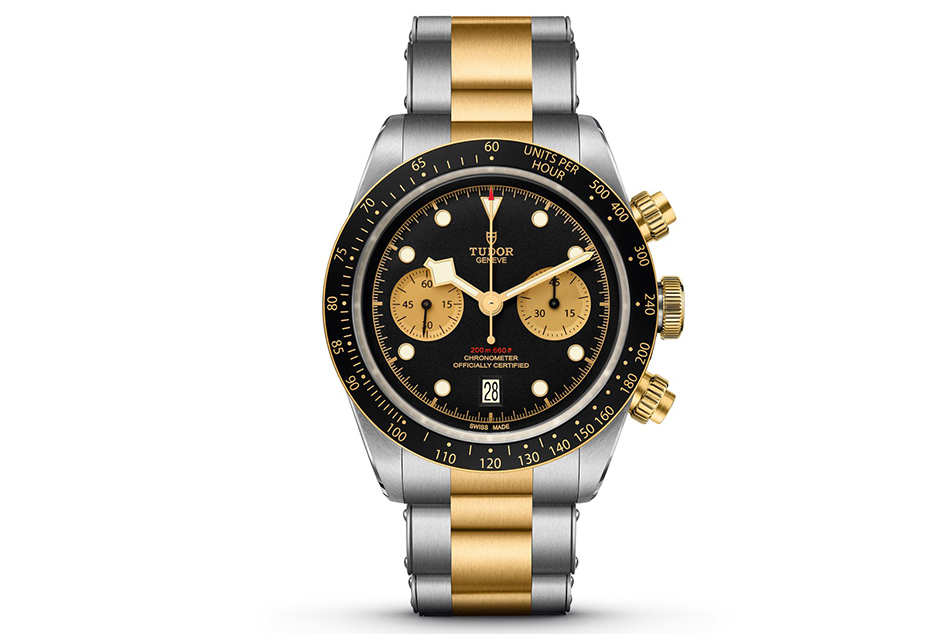 For me, though, Tudor’s showstopper was the Black Bay Chrono S&G with steel and yellow gold bracelet and yet another gorgeous black dial. This watch is such good value and feels lovely on the wrist. It’s a real looker, but not flashy at all. The steel and gold combination seems to be having a resurgence in the market at the moment. It’s been fuelled by female collectors who like the style because they can wear yellow and white gold jewellery with it.

Rolex and Tudor weren’t the only ones to go big on black this year. Patek Philippe unveiled its ref. 5078G time-only minute repeater with a black enamel dial that features these intriguing arabesque swirls alongside white gold hour markers.

But the real talking point was the ref. 5520P-001 Alarm Travel Time in platinum, with its ebony sunburst dial and an eyewatering 574 individual parts. 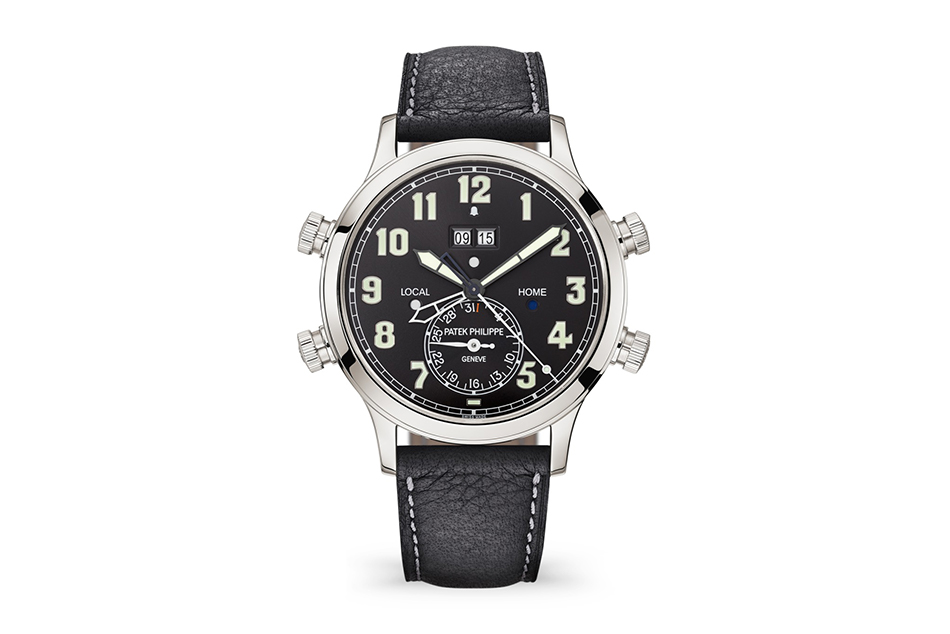 It features one of two new grand complication movements that Patek introduced this year. The timepiece can display two time zones and features a 24-hour alarm using the cathedral gong that you would normally hear in Patek Philippe’s minute repeaters. It’s really unusual in that you can set the alarm to the nearest 15 minutes. And collectors will love the fact that you can see the hammer through the crystal case back. Patek has filed four separate patents for the new caliber movement in this watch.

Arabesques aside, the dial features some lovely touches, such as a little bell design that turns white or black depending on whether you’ve set it or not. There’s also a local and home day/night indicator that switches between white and blue. 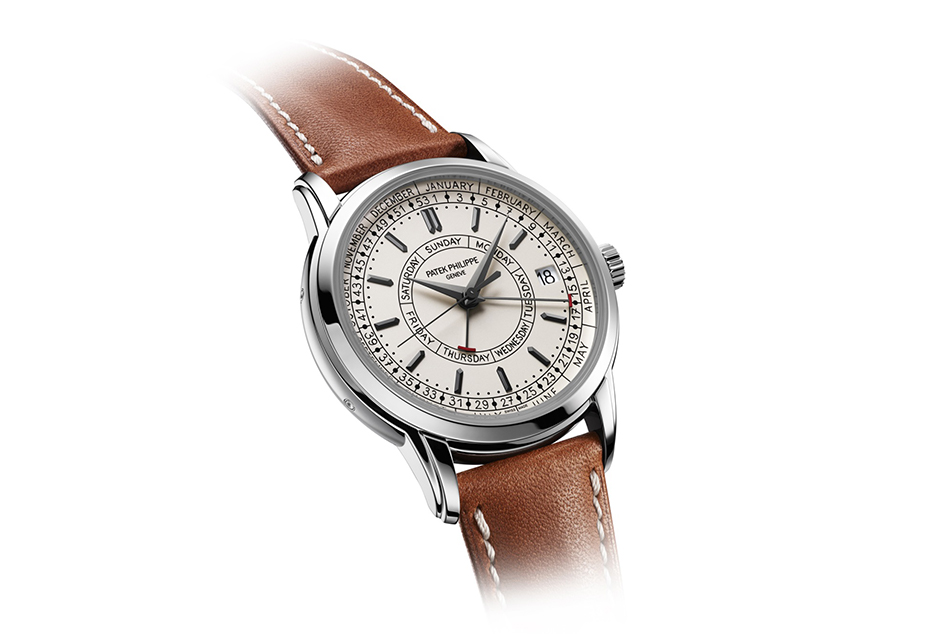 Patek also revealed the new the new Calatrava ref. 5212A-001 – which features the manufacture’s first weekly calendar complication. Its quite a specific complication, but very useful in certain industries, such as printing and publishing, where payment tends to be carried out in certain weeks. I’m not usually a fan of lots of hands, but you can see the dial instantly, without the hands causing a distraction. It’s rather clever the way they’ve done it.

What’s also lovely about this timepiece is that fact that the typography used in the lettering and numbers is based on the handwriting of one of Patek Philippe’s designers. It’s little touches like that keep collectors coming back time and again for Patek pieces. I also think it’s really good value, partly because Patek has made it in stainless steel.

Lugs and syringes and diamonds, oh my!

Baselworld always throws up some interesting new takes on old trends and we definitely saw that in the shape of the Patek Philippe ref. 5905R with its brown sunburst dial and gorgeous scalloped lugs. This is a lovely, traditional look that you used to get on classic 1950s pieces.

I’m also a big fan of syringe hands, as seen on the new Patek Philippe ref. 5172G, a white gold chronograph with a beautiful blue dial, striking Arabic numerals, round guilloched pushers, three-tier lugs and a calfskin strap. The ref. 5172G replaces the ref. 5170 – originally introduced in 2010 – and has quite a cool, vintage feel, without losing any of that quintessential Patek eye for detail. 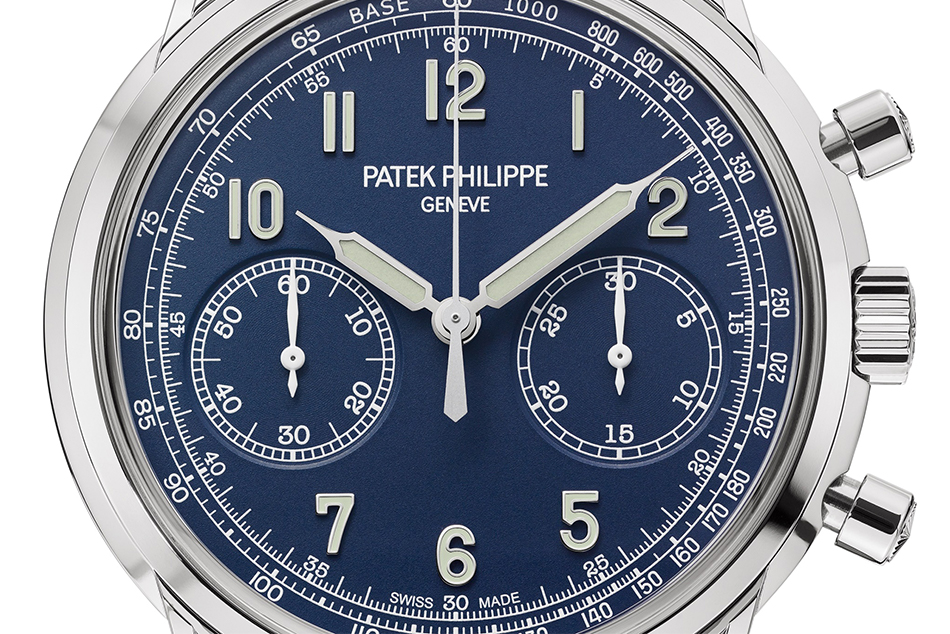 For those who like their watches bold and chock full of diamonds, then the Patek Philippe ref. 7300/1450R - TWENTY~4 ladies watch definitely delivers. It’s a rose gold Haute Joaillerie model dripping with 679 random and individually set diamonds in what the manufacture is calling a ‘snow’ setting. You can see why – when the watch moves in the light it sparkles like frost. This is a timepiece that screams drama!

David Duggan Watches’ expert team offers more than 150 years’ combined experience in the field of horology and is a member of the British Horological Institute and an associate member of Sotheby’s – both awarded in recognition of outstanding levels of knowledge and service.

If you are looking to buy or sell a luxury timepiece, or just in need of some advice, you will always be greeted with a warm welcome in our 63 Burlington Arcade showroom. We look forward to seeing you.