A Guide to: The Perpetual Calendar Complication

After looking at Triple and Annual Calendar complications, the third instalment of our One To Watch series on horological complications looks at the whimsical world of perpetual calendars.

What is a perpetual calendar complication?

A highly-complex complication, the perpetual calendar displays and automatically adjusts the day, date and month, but also accounts for leap years. As longs as it is kept moving, it won’t require any manual adjustment for years, decades, even centuries. 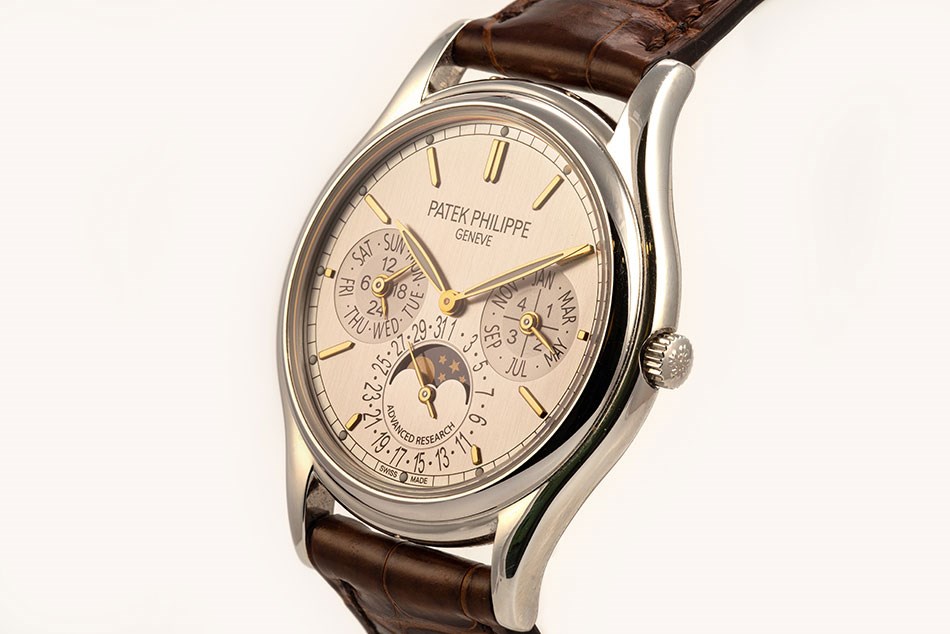 It shares the classic layout of other calendar watches, with day, date, month, time and often moonphase displays, but usually includes an indication of the current position of the four-year leap year cycle. A typical perpetual calendar complication can require as many as 200 additional parts and takes months to make.

Who invented the perpetual calendar?

English watchmaker Thomas Mudge, inventor of the detached lever escapement, is credited with designing the earliest perpetual calendar pocket watch in 1762, but Patek Philippe patented the first in wristwatch form in 1889. 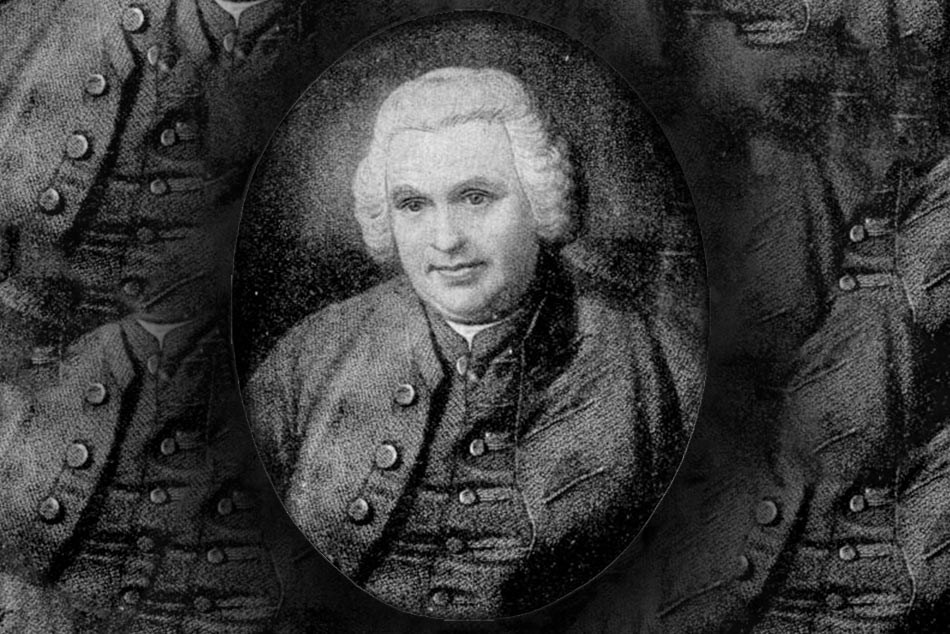 This sophisticated movement has a ‘mechanical memory’ of 1,461 days or four years. Several systems have been designed, but, in general, a wheel rotating once every four years drives the calendar indications in relation with the month’s precise length.

Most perpetuals have separate mechanisms for each of the calendar indications that are then synchronised by a long lever (called the grand lever) that runs across the top of the complication and passes through the central axis of the hands. It works like a computer programme, guiding a specifically-shaped wheel (with different ridges and dents), depending on whether the month has 28, 30 or 31 days, or for leap years with 29. As the date changes, the grand lever transmits information to the appropriate components and mechanisms by moving backwards and forwards.

History of the perpetual calendar

Thomas Mudge’s original perpetual calendar pocket watch dates back to 1762 and now resides in the British Museum. Around a century later, Patek Philippe created its own version, but it would be another 25 years before it patented this highly-complicated mechanism, when it developed the first compact perpetual calendar movement for a woman’s pendant watch. The movement, providing immediate jumps in days, dates, months and lunar phases, combined a wheel, heart-piece and levers that worked simultaneously to turn the star-wheels. This mechanism was used in 1925 to make its first perpetual calendar wristwatch. The watch was commissioned by a collector and took two years to make. 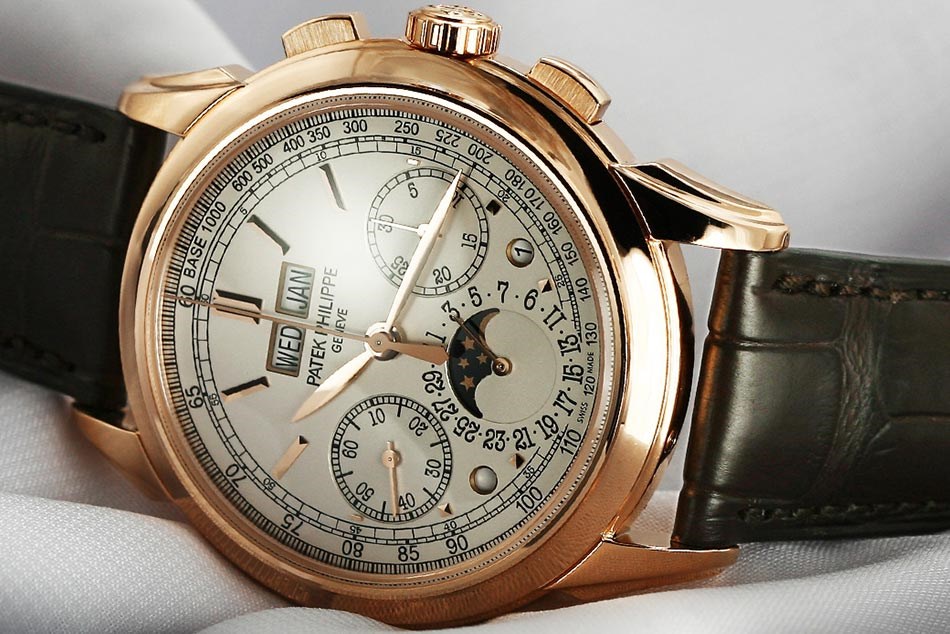 Four years later, Breguet introduced its ref. 4244 instantaneous perpetual. However, it has a reasonable claim as maker of the first true perpetual calendar wristwatch, since the Patek Philippe used a converted pocket watch movement. The ref. 4244 featured around 100 moving parts and an instantaneous ‘jump’ system that advanced all the calendar functions at the same time. Purchased by Mr Dollfus in 1934 for CHF11,000 (Swiss Francs), it was an extraordinary piece of craftsmanship. In 2011, the timepiece was sold at a Christie’s auction for $475,618.

Even so, Patek Philippe remains a connoisseur of the complication, with its perpetual calendar chronographs among the most sought-after watches of all time.

Perpetual calendars are typically elegant and dressy, commanding high price tags, so, not surprisingly, are popular among wealthy celebrities. High-profile devotees include singer and songwriter Pharrell Williams, talk show doyenne Ellen DeGeneres and actors Nicolas Cage and Charlie Sheen. Music legend Eric Clapton owned a 1987 Patek Philippe platinum perpetual calendar that proved to be as much a sound investment as a stunning timepiece when it sold at auction in 2012 for more than $3.5 million.

Perpetual complications are usually an additional module that’s built on top of a base movement, which can pose some aesthetic issues. As the grand lever moves forward and backwards, it transmits the information about the date changes to the various components of the watch. This takes up a lot of space and restricts how the day and date can be displayed – usually through apertures – which restricts the design of the watch and often necessitates a larger face. 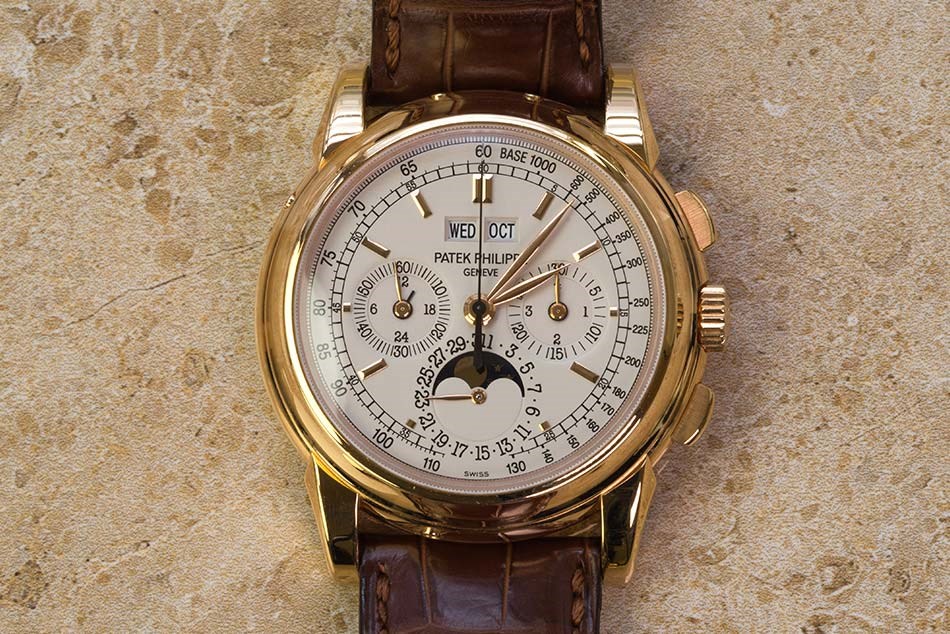 Another potential problem is the perpetual calendar’s tendency to skip when adjusting the date. Conventional perpetual designs use a default 31-day month, so the complication must fast-forward through unwanted days for short months and up to 47 months for leap years, and this is where errors can creep in. In addition, the mechanism is easily damaged if adjusted while the date is changing.

With this in mind, it’s worth making sure when adjusting your perpetual calendar that you set the hands to 9am, as there are no dials or boxes changing over at this time. The period to avoid is between 5pm and 2am, when the moonphase starts to move over and the other dials change at around midnight.

It’s incredibly hard to mention specific perpetual calendar models and not cite Patek Philippe. Here are a few of our favourite models, from the ‘Godfather’ of the complication:

The Patek Philippe Perpetual Calendar Chronograph ref. 5970 – The 5970 has remained an enduring favourite amongst serious watch collectors ever since its coveted pink and white gold iterations were released in 2004, through to the final references in platinum that were released before its retirement in 2011. The dial’s aesthetic inherits a lot from its great-grandfather, the reference 1518 (1941-1954) and in true Patek style, is expertly balanced and legible.

Patek Philippe Perpetual Calendar ref. 5207P – launched at Baselworld in 2008 in one of the hardiest of the elements (next to titanium), at the time it was one of the most complicated timepieces the renowned watch brand had ever made. Not only does it house within its beautiful, platinum case an instantaneous perpetual calendar with aperture displays, but also (wait for it) a minute repeater and a tourbillon.

Patek Philippe ref. 3448 - described by the brand as “the watch that thinks” the reference 3448 was the first serially-produced, self-winding perpetual calendar watch released by any manufacturer. Its ingenuity lies in its understated simplicity; at first glance the simple, elegant dial appears only to offer an annual calendar and moonphase, but only to be discovered once worn that it automatically accounts for the irregular month of February and leap years. 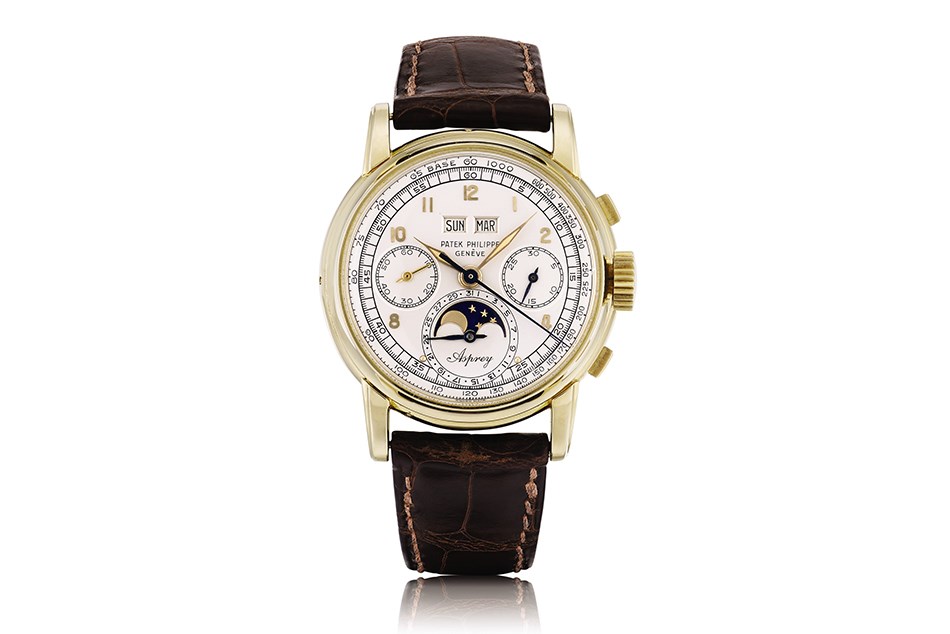 Hear about the story of David Duggan’s exceptional sale of an Asprey dial Patek Philippe perpetual calendar ref. 2499 in the David Duggan 35thAnniversary Guide to Complications. 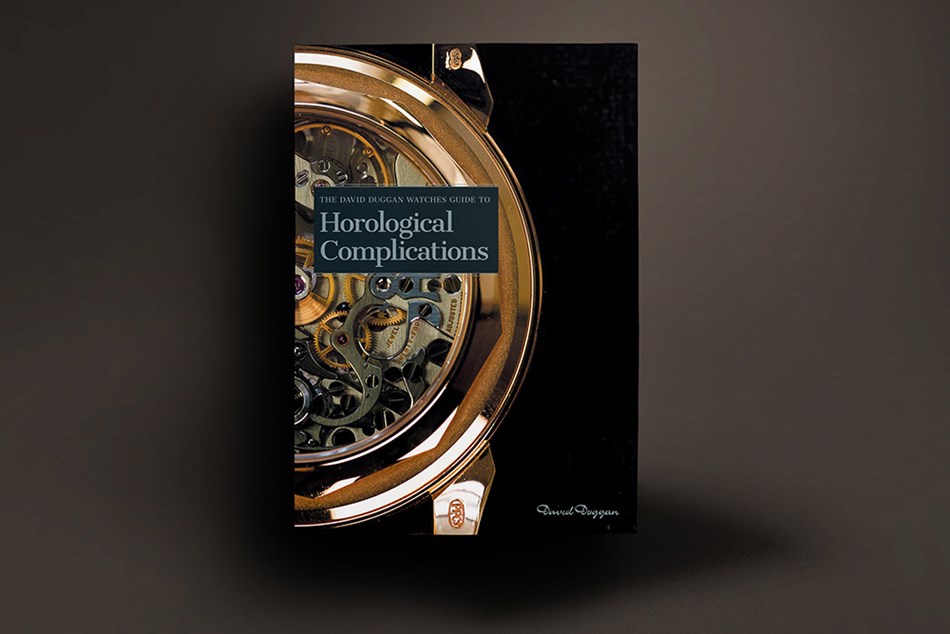