David Duggan Watches is thrilled to have become the second Urban Jürgensen representative in the UK, and the first traditional retailer with a full collection of its timepieces on show. To mark the start of this new relationship, One To Watch delves into the archives and speaks to president and chief executive Søren Jenry Petersen and David Duggan himself to find out what makes these timepieces so special.

Urban Jürgensen’s traditionally-crafted timepieces are a masterclass in aesthetic restraint and classical elegance. They represent just a handful of the watches available on the market today that are still made using some of the industry’s most intricate traditional techniques. Indeed, Urban Jürgensen has produced fewer than 1,000 timepieces since 1980, many in limited edition series.

“You can find other watches that have something similar or use similar processes to what we do,” says Urban Jürgensen president and chief executive Søren Jenry Petersen, “but the collective sum of everything – the hand-making of the dials, hands, moon discs, hand finished movements, the crafted case work and the choices we make in how to execute our designs - that is unrivalled.”

Without doubt, it is this meticulous approach to aesthetic detail and mechanical excellence that has cemented the manufacturer’s place in the horological hall of fame. Indeed, the best – and some would argue the only - way to fully appreciate an Urban Jürgensen is under a loupe. 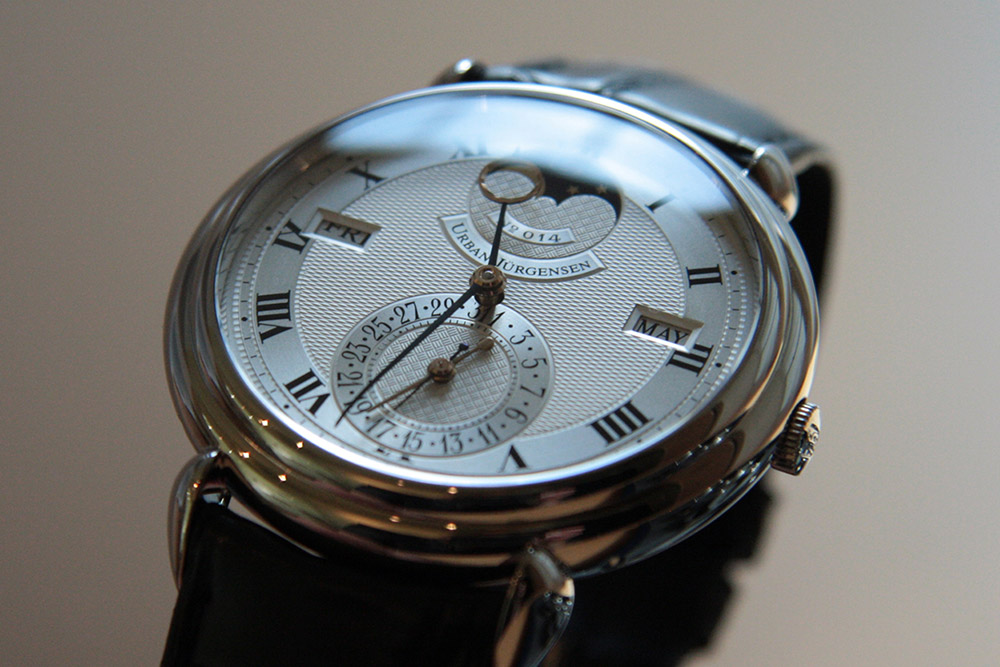 To fully understand their commitment to tradition, though, you have to head back 250 years to 1745 and the birth of Jürgen Jürgensen, founder of what would become a Danish horological dynasty. He cut his watchmaking teeth at the age of 23 with esteemed Swiss horologist Jacques-Frédéric Houriet, building a 40-year reputation that saw him eventually appointed as court horologist to King Frederik VI in 1784. Two of his three sons became watchmakers, including the company’s namesake Urban Jürgensen, who followed in his father’s footsteps to train with Houriet in Le Locle, followed by Breguet in Paris. Later, Urban would become known for his exceptional marine chronometers, including the first ever used by the Danish Navy.

In 1815, Urban was accepted into the Royal Academy of Science in 1815 and later made a Knight of the Dannebrog Order. 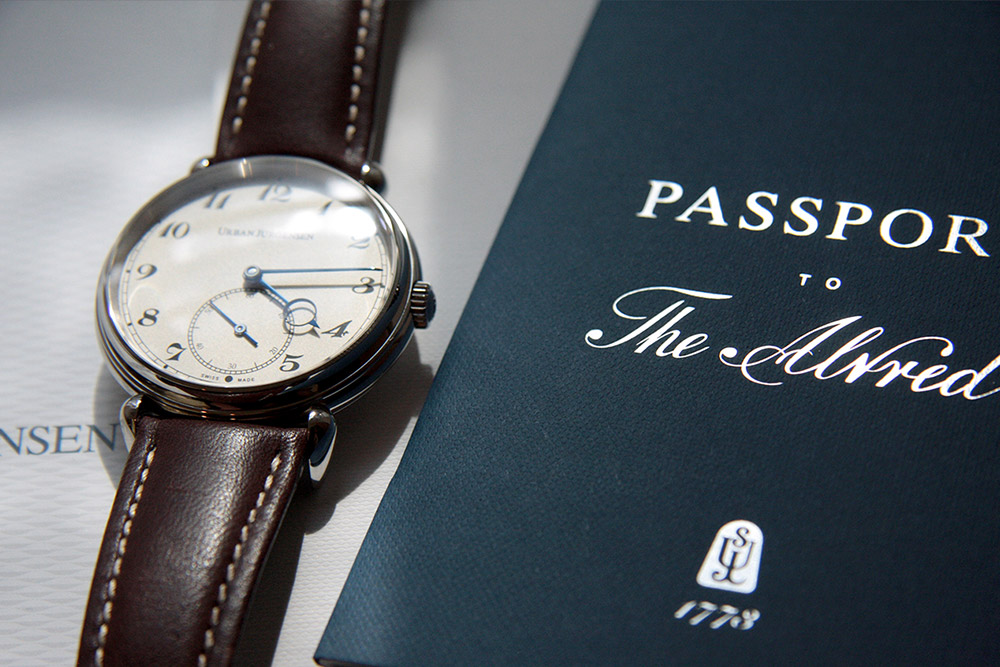 The devil’s in the detail

One of the most iconic elements of an Urban Jürgensen timepiece is the dial, with each ‘grand-feu’ enamel dial require firing between 12-16 times. Indeed, as Søren puts it: “It is said the dial represents 80% of the watch, and we believe that makes it worthy of a hand-made approach.”

A typical Urban Jürgensen guilloche dial requires more than 700 operations by hand in order to engrave the intricate patterns into the metal and is largely considered one of the most difficult watchmaking methods to execute when done in solid fine silver. As a result, each dial requires several days of hand-finished work to complete. Competitors usually shy away from using solid silver dials, as they tend to be brittle by nature, opting instead for the much softer gold. “It’s the difference between trying to carve semi-frozen butter, and smooth, warm butter, but the tradition has always been silver – and so be it” says Søren.

Urban Jürgensen is also the only brand to incorporate Grenage dials, a legacy craft that originated in the 1860s. The dial starts life as a solid silver disc, engraved with numbers and lettering, before the engravings are filled with lacquer by hand. Polished down with fine diamond paper, the dial is finally brushed with a mix of fine silver powder, salts and a couple of secret ingredients to build up the Grenage layer.

The result of this lengthy and daunting process is an exquisite dial full of depth and texture. Models in the Jules collection – so named after Urban Jürgensen’s son – feature this distinctive frosty, pearled surface. Pieces like the white gold ref. 2340 – one of David Duggan’s favourites – are also finished with a handmade moon disc in blued steel with solid 18 carat manually inlaid stars and gold, mirror polished moons. 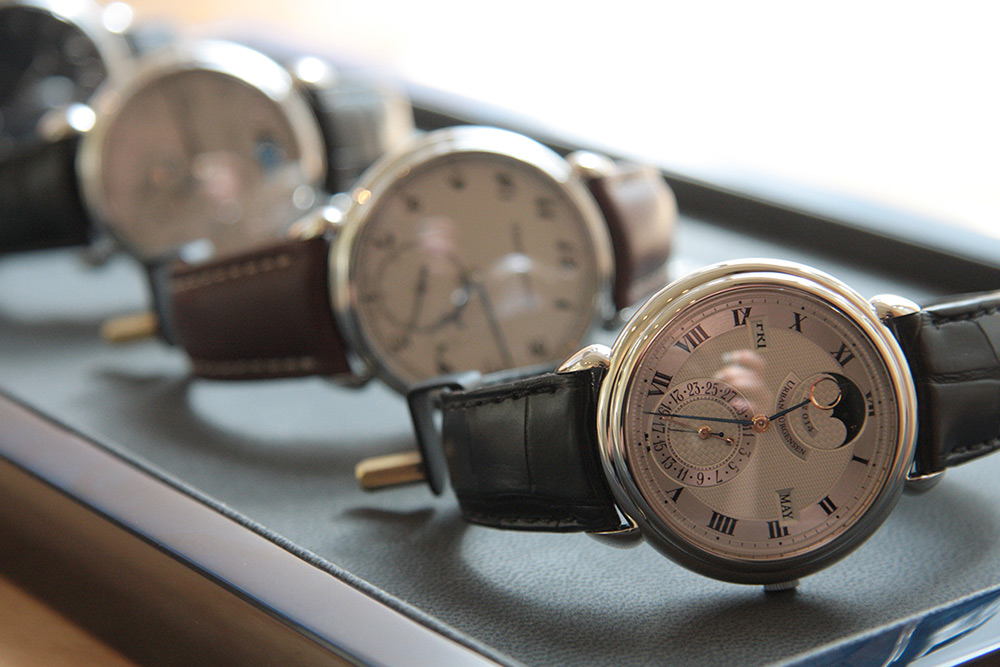 “The detailing on the Grenage dials just blows me away,” says David, “the effort, the time that goes into it - and the fact that each dial is unique because they’re done entirely by hand.”

One of the most remarkable things about these silver dials, though, is that you can even tell if they are made in the summer or winter. As Søren explains: “The humidity is different and the silver, while it’s being worked on, will oxidise a little bit differently. So, when you see our dials, as a rule, no two will look the same.

“Some clients prefer the sort of virgin, shiny-silver type and others like them a little bit creamier… And it’s not because they’re older, it all depends during which part of the year they were finished. This is the type of feature that separates our pieces from mere production clones”

Other models, such as the ref. 1140, the 1142 and the 1741 perpetual calendar, all feature signature Urban Jürgensen hand-soldered teardrop lugs. Given that most watches will have the lugs carved out from the same metal during the creation of the case, you begin to understand the depths of this meticulous work, and the fine margins of error at every stage of creation.

These exquisite lugs can also be found on special editions such as The Alfred named after the last of the Jürgensen dynasty, Jacques Alfred, who died in 1912, and a firm favourite within the David Duggan team.

Maritime movements for a modern age

The entire mid-range collection uses own in-house movements in the P4 and P8 variants; the latter being their most recent innovation. The UJS-P8 is the magnum opus of Urban Jürgensen movements. Introduced in 2011, it became the world’s first wristwatch movement to use a Detent chronometer escapement. Invented by Pierre Le Roy in 1748 and refined by watchmakers ever since, the pivoted detent escapement is the most accurate of the balance wheel escapements and was historically reserved for maritime navigation only. 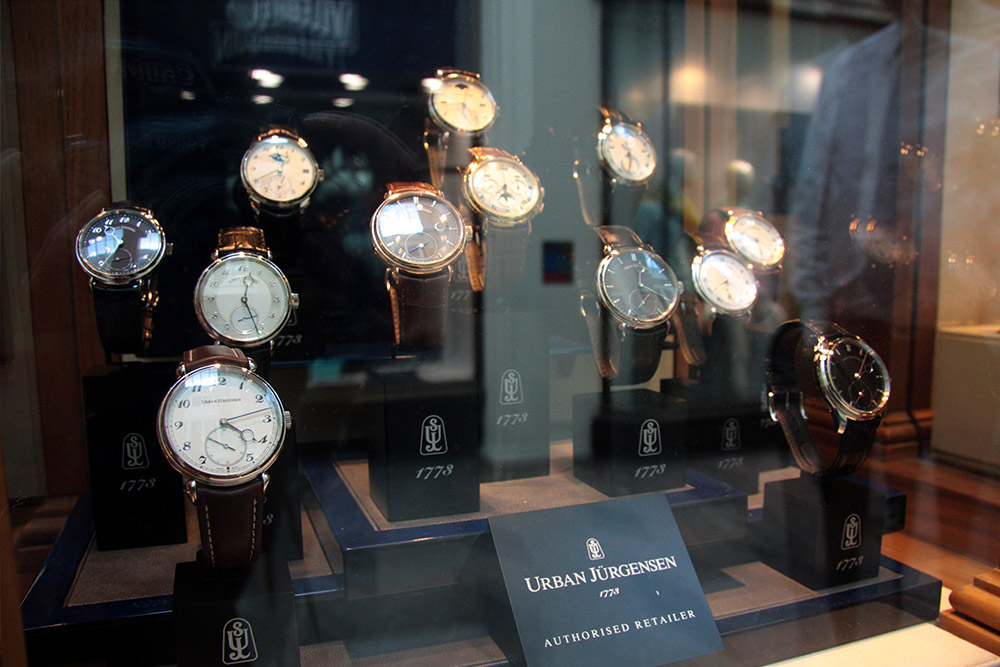 While the Swiss lever escapement found in most mechanical watches gives two impulses per cycle, the detent gives just one, interfering with the balance wheel as little as possible. This reduces friction on the escapement and removes the need for oiling. This level of mechanical accuracy was unrivalled in the 18th Century – keeping time within one to two seconds a day, akin to the accuracy of a modern quartz watch.

This was a remarkable feat in its own right but the movement was fragile and could easily be tripped by shocks and knocks. Sailors got around this by mounting their clocks on a gimbal and setting it in a square wooden box. Putting a Detent escapement into a wristwatch was another matter altogether.

But more than two centuries later, Urban Jürgensen did just that, with the P8 passing the Chronofiable® test – one of the toughest standards of durability in the Swiss Horological Industry – in 2011. The incredible new movement is now patented worldwide and was first housed in the P8 Chronometer Reference 11C, elegantly linking Urban Jürgensen’s maritime history with its present. 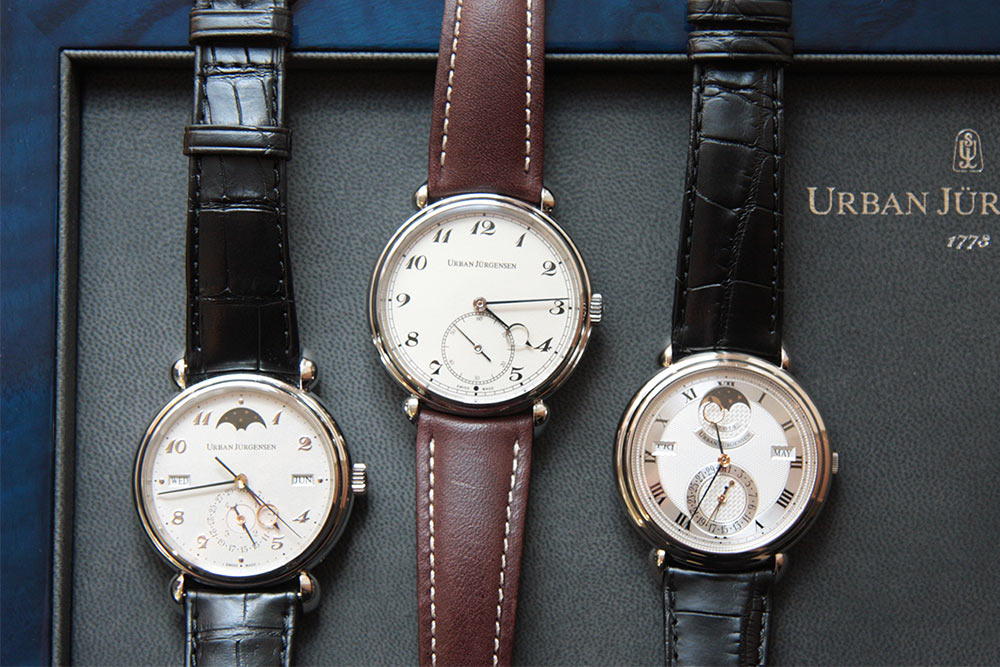 For all these reasons – and plenty more – David Duggan Watches is proud to be the first authorised UK Urban Jürgensen retail shop. “It’s just a fantastic brand, we’re excited because we can now offer an even larger range to our clients,” says David. “You can see in the quality of their craftsmanship that they don’t have to cut corners, indeed there are only a few people in the world qualified to carry out the artistry and dial processes. It’s an exciting time for us.”

We would like to invite you to come in and have a look at our collection of Urban Jürgensen watches at our 63 Burlington Arcade showroom, or book an appointment with one of our experienced members of staff today to learn more.