In 2016, Jaeger-LeCoultre celebrated the Reverso’s 85th anniversary, but 2017 has been another busy year for the iconic watch model. Jaeger-LeCoultre had a treat in store for fans of their Reverso model - considered the world’s first sports watch – at the Salon International de la Haute Horlogerie (SIHH): a new incarnation. The Reverso Tribute Moon ref. 3958420 comes complete with a moonphase complication and date indication, while still possessing the same, elegant lines of the original 1931 model.

Jon Hamm, Leonardo DiCaprio, Pierce Brosnan, Jay-Z and Eva Mendes are all fans of the timekeeping icon that is the Reverso. In the summer, auction house Christie’s ran an exhibition devoted to the model; ‘Jaeger-LeCoultre & Christie’s travel through time with Reverso’ with an augmented reality experience.

Its design remains an enduring reminder of a bygone era, an Art Deco anachronism in today’s modern watch market. The elegant timepiece’s legendary swivel case mechanism, as well as its ability to be customised on the blank, reversible surface, was an innovation that helped forge a personal link between the watch and owner. All of which has helped place the watch firmly amongst the haute horology greats.

So, with all this in mind, One to Watch decided to take a look at one of the most distinctive watches of the past century and find out more about the enduring legacy of a timepiece from a watch house that, until roughly two decades ago, was making movements for everybody including Patek Philippe.

In British India in the early 1930s, Swiss businessman, watch collector and brand associate César de Trey was challenged to create a watch capable of withstanding a game of polo by a group of British army officers, one of whom had just had his watch face shatter during a match.

Asked to create a timepiece that would survive the rigours of the mallet-waving ‘Sport of Kings,’ the challenge was eventually handed over to third-generation commander-in-chief Jacques-David LeCoultre, owner of the LeCoultre manufacture, which would provide the movements. 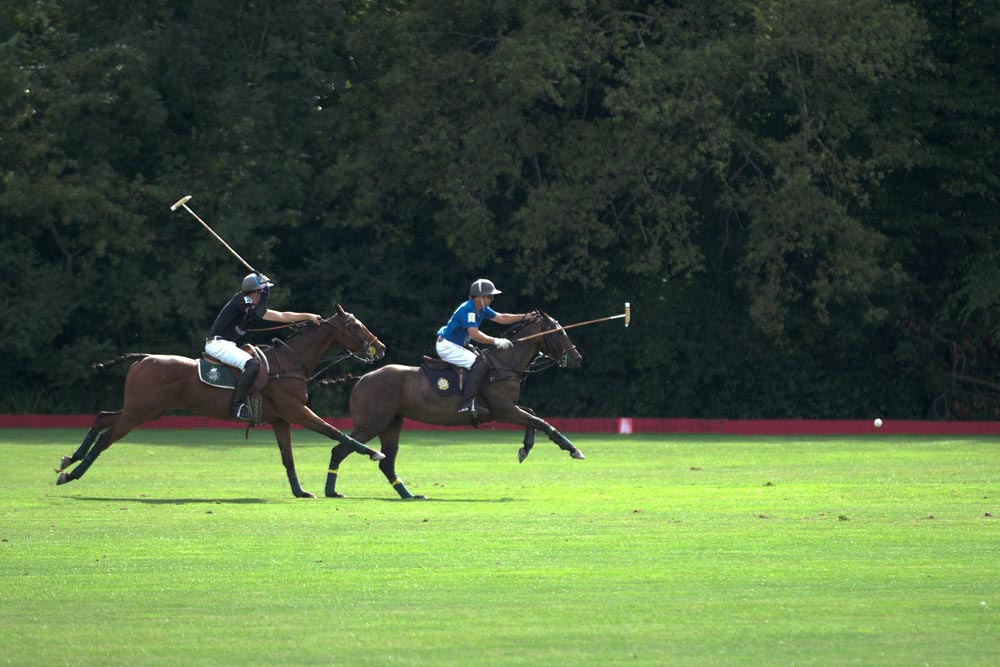 LeCoultre chose the French firm Jaeger S.A. to create the reversible case mechanism, with help from the commissioned French designer René-Alfred Chauvot, the inventor of the slide and flip mechanism and owner of the patent. It would be another few years before the two companies, Jaeger and LeCoultre, formed their official ‘Jaeger-LeCoultre’ collaboration in 1937.

The Reverso was initially patented as a “wristwatch which can slide on its base and flip over on itself” and the original case was 38mm long, 24mm large and a slim 6mm in height. Using pins, grooves and a locking mechanism, the case rotated 180 degrees to protect from scratches, knocks and shocks. With its angular lugs and three horizontal lines in the silver casing, both above and below the dial, it was the stuff of Art Deco dreams. Its subtle elegance was designed to be smart enough for the officers to wear with their formal dress uniforms, but durable enough to withstand a polo match. It was an immediate success. 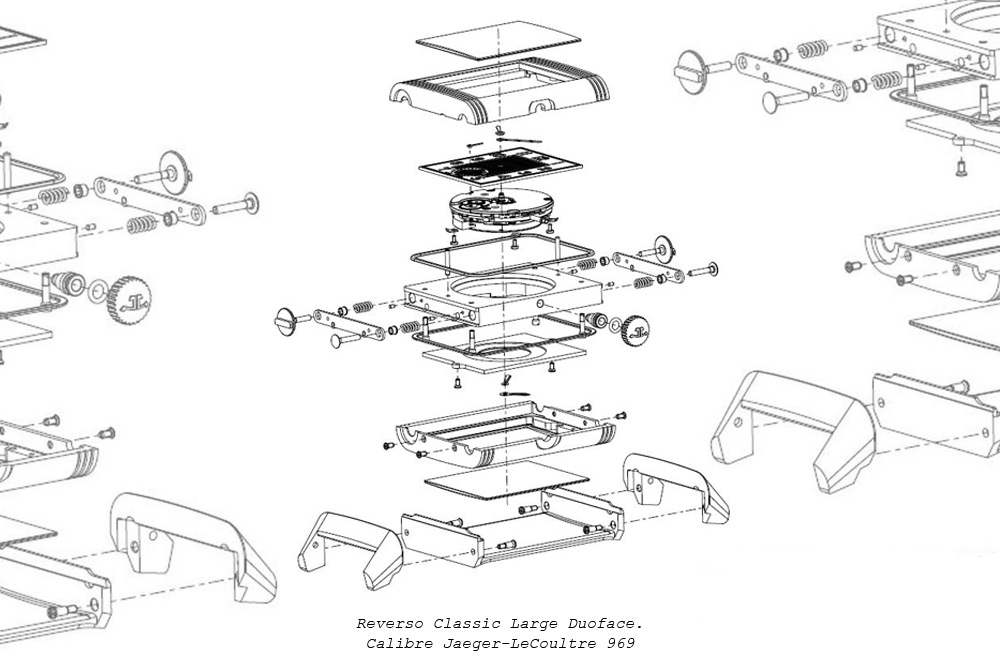 One of the Reverso’s more understated features, the blank back of the reversible case, allowed room for personalisation. Each could be engraved on the non-dial side with monograms, crests, portraits or anything else that took the wearer’s fancy. Part of the charm of the Reverso was this ability to customise; in 1936, King Edward VIII had the royal crest emblazoned on his (before abdicating the throne that same year) and pioneering aviatrix Amelia Earhart’s Reverso featured a map of Mexico to New York with her flight path mapped out. 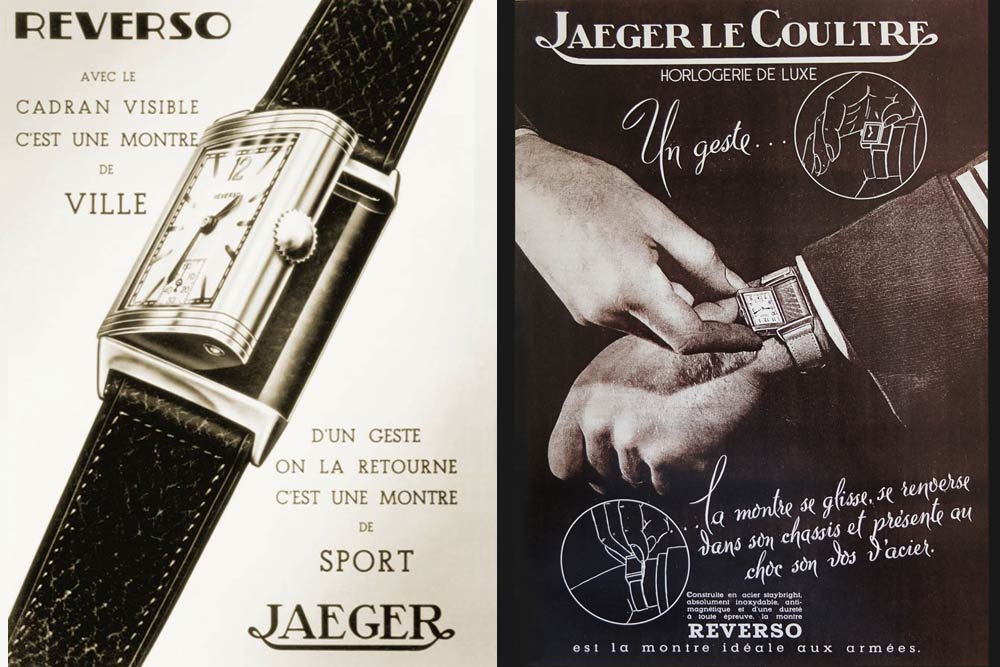 Since then, the timepiece has earned a legion of fans and become one of the most iconic watches in the world. Initially marketed for polo players and army officers, its versatility has seen it spawn numerous iterations, including skeleton, tourbillon, dual-time zones, moonphase and chronograph models. The especially customisable Atelier for women includes seven models, 49 dials and 800 straps – a nod to its reputation for customisation.

Key moments in the Reverso’s history

The Reverso’s versatility was its calling card, with early adverts declaring it ‘pour les heures tranquilles’ and ‘pour les heures d’activité physique.’ Although the watch arose out of utilitarian need, many appreciated it for its unique aesthetic and capacity for personalisation. An early Swiss advert proclaimed: “with the visible dial it is a city watch” and “with a turning gesture it is a sports watch.”

In 1943, it was advertised as “la montre idéale aux armées” (the ideal army watch) given its ability to withstand knocks and scrapes. But the Reverso is so much more than a functional watch. Over the years, it has undergone a perpetual cycle of reinvention and rediscovery. World War II meant production was low and the watch fell out of production for years, but following a renaissance in 1972, it has been a fashion-forward favourite for both sexes ever since.

1931: the Reverso is created as the first sports watch.

1943: the Reverso is retired from the JLC collection following the war and subsequent economic decline. Style switches to round watches, and the late sixties marks the Japanese quartz revolution.

1993: the Tourbillon edition is launched.

1994: the Reverso minute repeater is born, alongside the Duoface concept, featuring a second dial on the back of the watch, where two different time zones are both driven by the same movement.

2000: a Perpetual Calendar for the new millennium is released.

2016: the Reverso celebrates its 85th anniversary

*A watch movements’ frequency can be expressed in Hertz (Hz) or in vibrations per hour (vph). 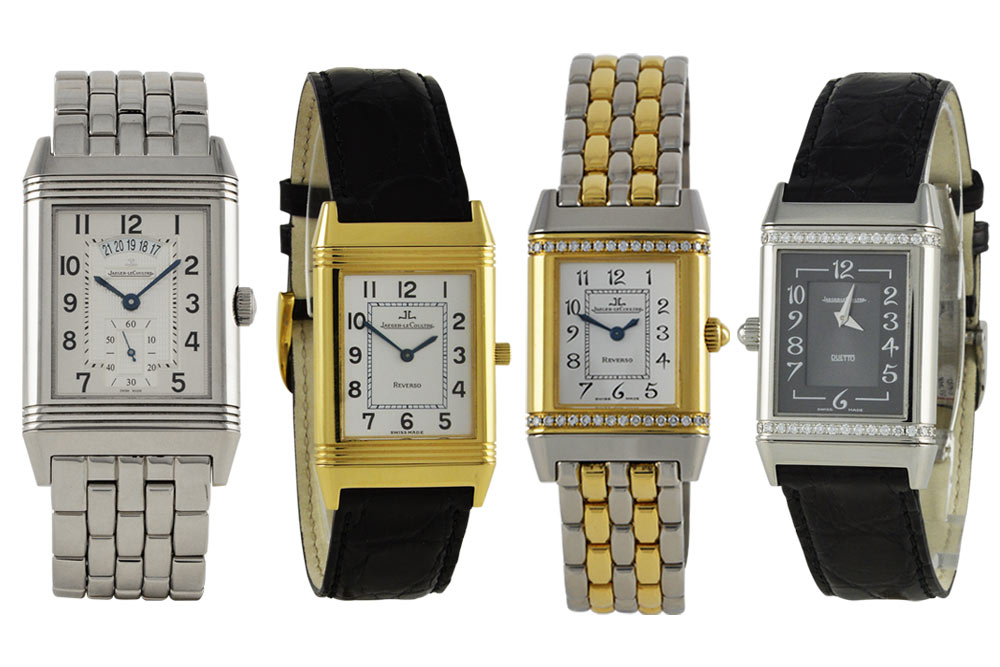 Today, the Reverso is still blazing a trail and continues to be reimagined by the watch house into new incarnations. Its 2006 limited edition Grande Complication à Triptyque has three dials, with all the functions you would expect plus a sky chart, Zodiac calendar, moon phase, sunrise and sunset times. All powered by one movement that sits inside the sliding case. The Gyrotourbillon 2 is another master that has to be seen to be appreciated. An intricate set of little cages peek through the aperture, while a mesmerising large dual-axis spherical tourbillon sits at the six o’clock mark.

The Venice International Film Festival in September saw plenty of stars sporting Jaeger-LeCoultre too. No surprise given that for the past 10 years, Jaeger-LeCoultre have sponsored the Glory to the Filmmaker Award for original contribution to contemporary cinema. This year the award went to English director Stephen Frears, who was presented with a specially engraved Reverso model.

Twenty-two Reverso models are currently in production today and an effort has been made to organise into the Reverso Classic, Reverso Tribute and the Reverso One. There are currently at least 53 Reverso case variants – a testament to the model’s enduring success.

“Jaeger-LeCoultre do one of my all-time favourites ladies watches – the Reverso Duetto, part of the Reverso range which features two separate dials, as opposed to the blank one reserved for engravings or personalisation on the classic Reversos. The Duetto, on a leather strap and a steel bracelet, has an everyday face with a white dial, which you can flip over to see its black dial with diamonds for wearing in the evening – stunning, it’s a great watch. 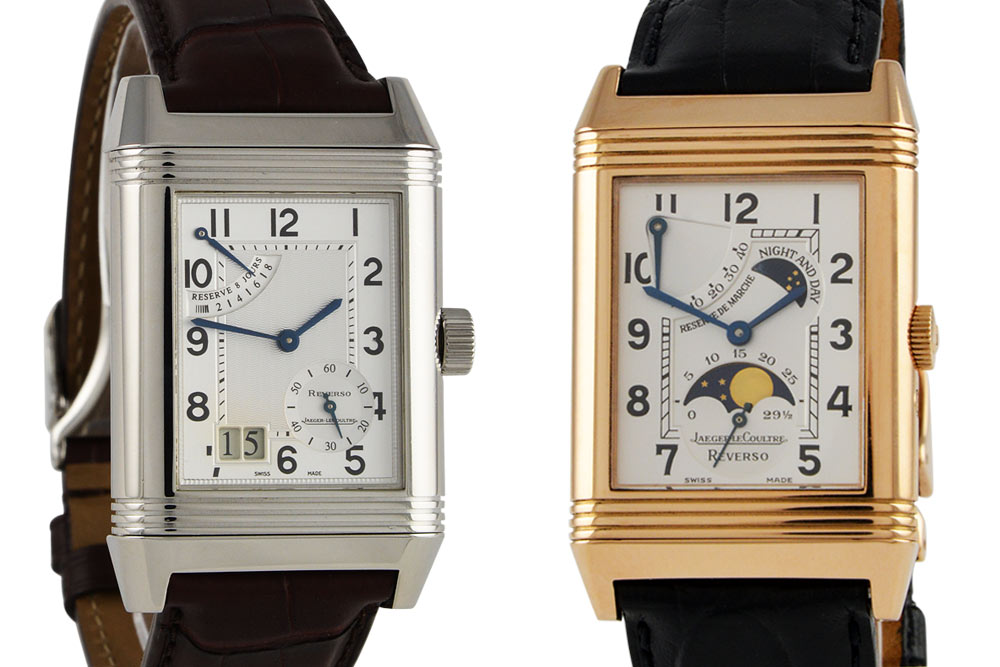 I’d always recommend it. Second hand they are worth around £4,000 but it’s a great watch partly because you can do the gardening and not worry about it during the day, then flip it over and you’ve got all the diamonds for going out to dinner in the evening. They don’t last long when we have them, they sell well.”