Baselworld: What to Expect

Baselworld 2017 – the world’s largest watch fair – is fast approaching, which means another opportunity to see the world’s finest watches and jewellery over eight frenetic days. Last year, 1,500 of the world’s most famous and prestigious brands congregated in Basel, Switzerland, to unveil their new collections and dazzle the crowds.

It’s the premium platform for the entire industry – not only does the show generate two billion Swiss Francs for the economy and create 13,000 jobs directly, but it sets the trends for the year to come. Last year, for instance, Rolex launched a new steel Cosmograph Daytona with black ceramic bezel, a reworked Rolex Air King, while Patek Philippe presented the astounding World Time Chronograph ref. 5930G. And, of course, Tudor released the Black Bay Dark with the company’s first in-house movement. How could this year’s offering possibly outstrip that?

“It’s like a massive circus that takes over Basel”

Despite not opening until 23 March, some product reviews have already started trickling in. For example, 2017 is looking exciting for female Breguet fans, with the announcement that the company will be releasing the Breguet Tradition Dame 7038 in rose gold. It is the first watch to be launched from the 2017 collection, which, according to the company, marks its devotion to women ahead of the Basel exhibition. Only 50 will be created. 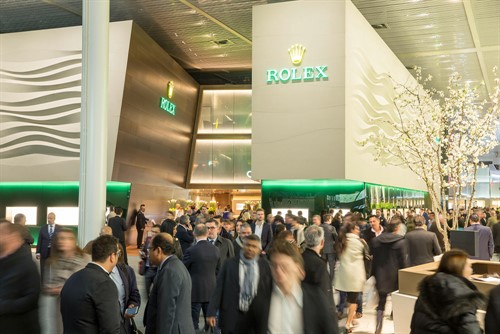 And amongst the more unexpected entries is Casio’s release of the new G-shock Hammer Tone watch in gold and the news that Swarovski will be releasing a smart watch. Meanwhile, online watch forums are awash with rumours about a new Black and Red Rolex GMT Master, a fresh-faced Rolex Explorer II and all sorts of unsubstantiated claims that are, if true, very intriguing. More persuasive claims surround a new 50th anniversary Rolex Sea-Dweller to mark its iconic 1967 launch. Though in truth, all cards are being played very close to the chest until le grand reveal.

So, with the excitement building, One to Watch thought it was time to speak to David Duggan to get his thoughts on this hugely significant watch fair, and discuss Baselworlds past and future.

“Last year, it was all about the new Rolex Oyster Perpetual Cosmograph Daytona in steel, with black monobloc ceramic bezel, and that really was sensational,” says David. “I tend to go during the last two days of the fair, but even then, the crowds for the Daytona were two people deep, piled with fans taking photos and videos of it in the exhibition stand window, behind glass. The new Oyster Perpetual Air King with black dial and a new flash of green was a pleasant surprise. too.

“Last year we loved seeing all the latest Tudors, including the new Tudor Heritage Black Bay Dark with the in-house chronometer movement.”

“Previously, they had them in burgundy and blue, which always sold well, but the Black Bay Dark is particularly smart. It’s designed to look like a 1950s vintage sports watch, with the not-quite-black dial and the gold markings, like an old James Bond.”

What were the highlights from last year for you?

With Patek Philippe, it was the 5930G World Time Chronograph, combining both the world-timer and chronograph complications, time displayed in 24 different time zones, 33mm diameter, the blue guilloché. That’s the one people went mad for, it’s now the world's smallest and thinnest world-timer chronograph.

When I was walking around the showroom, they told us that there was a seven-year waiting list on it, which is astonishing. In seven years’ time they might have changed the model or there might be an improved or adjusted model which you might prefer instead. But you’ll already have paid a large deposit on it with the price appreciating over those six years. That’s the kind of frenzy induced by Baselworld.

Does Patek still absorb most of the hype?

Generally speaking, I would say there’s marginally more hysteria surrounding the Rolexes. Patek collectors tend to be a little more reserved, often waiting and not get involved with the premiums associated with the shows, whereas many Rolex collectors want it on their wrist instantly.

It’s the Cannes Film Festival for watches. The difference between the halls is enormous. The jeweller’s hall is very Hatton Garden-esque, despite there being people there selling millions of pounds worth of jewellery. Then you walk into the watch hall and it’s like Beverley Hills in comparison, where brands have paid for the privilege of being there. You see it and you’re blown away. 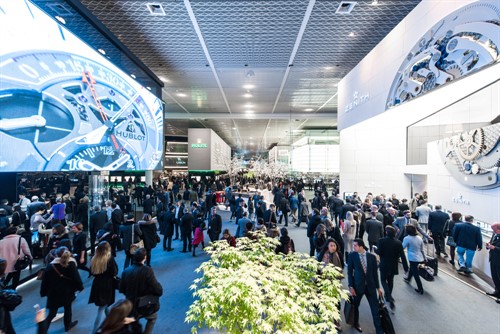 The Patek Phillipe stand itself is set over four floors, fully air conditioned with cooking facilities. It’s incredible. It takes them six weeks to erect.

Because it’s an agent-centric fair, by the end of the two weeks Patek will roughly know its trade that year, having taken orders from its worldwide retailers. All the brands are entertaining their retail agents. Everyone is running about 18 months ahead of schedule, trying to forecast what their clients will want over the course of the next year. After being out entertaining all night, they return to the stands at 10am the next day only for another client to show up, and – in response to being offered coffee – they’ll suggest having champagne instead! And so it begins again.

How does the average day take shape?

I’ve got appointments with Patek Phillipe, Rolex, Tudor, where I have a chance to see the new models, which ones are available and which of those I would like to place orders on.

That takes care of one day, then on the following day I’ll walk around and see all the new innovations, see the other brands and what they are showcasing. I also walk around and look around at anything from watch boxes, tools, straps, accessories and packaging.

I get all our packaging bits from Baselworld, so the bags, ribbons, wrapping paper is all branded up for David Duggan at Basel. The blue signature ribbon was made for us, along with our blue gift bags.

Which brands really put on a show?

It always amazes me that even relatively small watch houses spend millions on their units. Even unassuming brands like Blancpain build palaces. Breitling  have a colossal aquarium, bigger than the side of our showroom wall and filled to the brim with exotic fish. And because they’re marine fish, the water must be just so, with lighting to match, it’s quite spectacular.

How do you prepare before you go?

The larger brands tend to play their cards close to their chest, until the first day of the fair, so nothing is released and most of us are left guessing. Nobody really knows what the show will offer and in that way, it’s very exciting.

All these watch fan sites are guessing, they do a lot of that. They had predicted a lot on the Patek Philippe Nautilus last year but they held back for the 40th anniversary in September. There’s certainly a lot of talk about a 50th anniversary edition Rolex Sea Dweller, like they did with the Submariner in 2010.

It gets people very animated. It will be interesting to hear more information on the Tudor Pelagos left-hand drive. It’s a left-hand watch initially designed for professional divers with the crown on the opposite side, everything’s somewhat back-to-front. They’ve done a limited, numbered run and the crown on the left seems to be a quirk that really divides people, but has still proved incredibly popular.

Currently, everyone is speculating about whether they are going to stop them. Of course, Tudor being Rolex’s sister company, they’re unlikely to divulge any information. They did advise us to stop taking deposits, however. 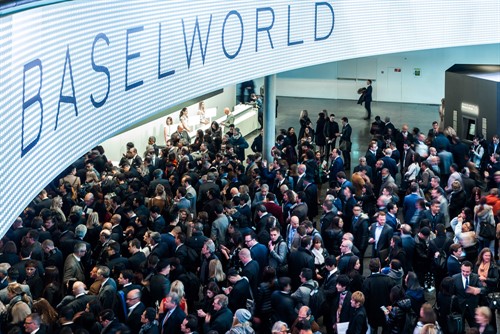 And the concluding word from David is that, until you have experienced it “you will never know what it’s like. The whole place is buzzing.” You can expect a full debrief post-Baselworld 2017 when David returns.