Mayfair’s historic Burlington Arcade became a mecca of luxury watch appreciation on Wednesday the 21st September, when our very own David Duggan and team welcomed the great and the good of the horological world to mark the launch of a new collection of Tudor watches at David’s showroom.

The event celebrated David Duggan Watches’ newly announced and unique status as the UK’s only approved retailer of both vintage and new Tudor watches. The partnership with David represents a pioneering move by Tudor, reinforcing the brand’s story as a true modern classic of luxury watch making.

David, his specialist staff and the Tudor team welcomed guests who were treated to a stunning display of new models from the Tudor Heritage, Pelagos and North Flag collections – showcased alongside some of the most sought after vintage Tudor models, which have been sourced through David’s extensive knowledge of the brand and its history.

The guest list included editors from the luxury watch, luxury lifestyle and broadsheet press, as well as distinguished clients who have turned to David for years as their trusted advisor in the world of luxury watch collecting.

Speaking at the event, David took the opportunity to thank his clients for their loyalty and custom over the years, and to reflect on the unfolding Tudor story. “It’s extraordinary to see how Tudor has retained and grown its reputation and value over the years,” he said afterwards. “Our showroom is in the highly privileged position of being able to carry the most exciting new Tudor models alongside pieces which I have seen grow in their rarity and value during my years in this business. Yesterday’s innovations have become today’s vintage icons – and seeing them sitting alongside their modern counterparts is a real illustration of how Tudor has developed a definitive, market leading brand over the years.” 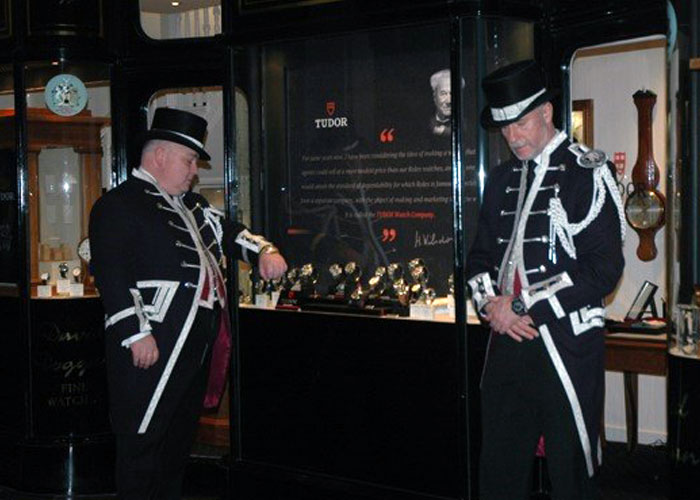 Also at the event was Sven Olsen, General Manager of Tudor UK, who said “David Duggan is a significant step in the revival of Tudor in the UK and enables us to celebrate the evolution of our brand with watch lovers right in the heart of the global watch collecting district.”

The excitement of the launch party is over, but the momentum is growing every day, with many clients keen to immerse themselves in the world of Tudor. If you are interested in exploring Tudor for yourself, or you wish to purchase or sell a vintage Tudor model, visit our Mayfair showroom or contact David Duggan for expert help and advice.