The Stratstone Ultimate One Competition commences on Monday 6 October 2014 and will run for four months and ends on Saturday 31 January 2015 with entrants able to enter as many times as they wish. 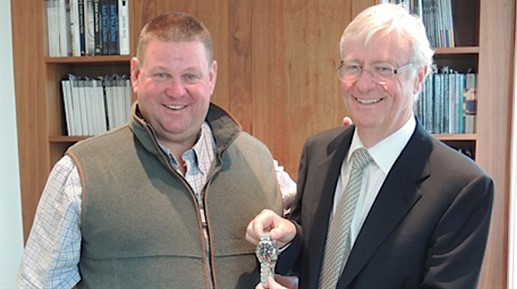 This year, the Stratstone Ultimate One Challenge offers all shooters a chance to win the ultimate prize of the All-New Range Rover Long Wheel Base Autobiography worth £130,000 that is due to be unveiled in the UK late 2014 and A Vintage Rolex Submariner!

Entry costs only £50, which includes 50 warm-up birds plus two attempts at the Challenge, which sees competitors shoot at a sequence of 25 driven birds off the legendary 120-foot Tower. The 20 highest scoring individuals on the Tower alone will then go through to a final where, if the overall winner shoots 23 or more of the 25 birds, he or she will win the luxury Range Rover to keep forever. Each week the individual scoring highest out of 100 will receive a bottle of Bollinger and at the end of the 16 weeks all winners will be invited to the Final to have a shoot off for a Rolex Submariner wristwatch sponsored by David Duggan Watches of Burlington Arcade. The Really Wild Clothing Company will present £1,000 of clothing to the individual who shoots the highest score using a side by side in the qualifiers.