The concept of the alarm clock can be tracked as far back as the ancient Greeks who were thought to have created water clocks set up to drop pebbles and hit gongs in the pursuit of keeping time. Even the mechanical alarm clock – the ones that you wind up and leave by the bedside – is more than a century old, having been patented in 1876 by the inventor Seth E. Thomas.

It was not until 1908 though that a patent for an alarm wristwatch was taken out – by a company called Eterna – and another 40 years before the alarm was successfully installed in the now legendary Vulcain Cricket. However, it is perhaps Jaeger-LeCoultre’s Memovox to which most credit is due in turning this complication into an artform.

Introduced in 1950, the Memovox – a portmanteau of the Latin ‘memor’, meaning remembering, and ‘vox’, or voice, literally ‘the voice of remembering’ – featured two separate crowns and the manually wound calibre 489 movement. Six years later, Jaeger-LeCoultre made history with the launch of the world’s first automatically wound alarm wristwatch. The story goes that US President Johnson was passionate about alarm wristwatches and on hearing this Jaeger-LeCoultre presented him with a custom Memovox engraved with the US presidential seal in the hope that he might wear it instead of his beloved Cricket. According to legend, Johnson in fact gave the watch to an immigrant he was sponsoring for citizenship. Jaeger-LeCoultre continued to work on its complication, later introducing a full-rotor wound Memovox.

In 1958, the manufacture released two models to mark the company’s 125th anniversary – the Memovox Parking, with a blue ‘parking’ symbol designed to remind its wearer to put more money in the meter and the Memovox World Time, featuring additional time zones on the central disc. Almost a decade later, it introduced two editions of the Polaris – a diving watch with chiming functionality that could be easily heard underwater and allowed the wearer to keep track of dive times. It also featured a super-compressor case, which becomes more watertight the deeper underwater the watch.

Generally available ever since its original launch, Jaeger-LeCoultre continued to release new models and movements, including the calibre 919, in 1989, complete with a perpetual calendar and moon phase and a brass gong that completely changed the sound of the Memovox’s alarm. 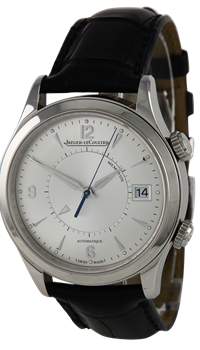 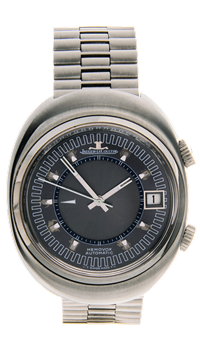 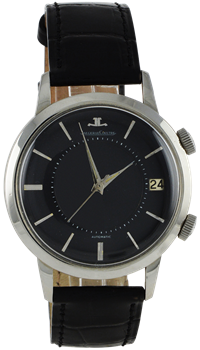